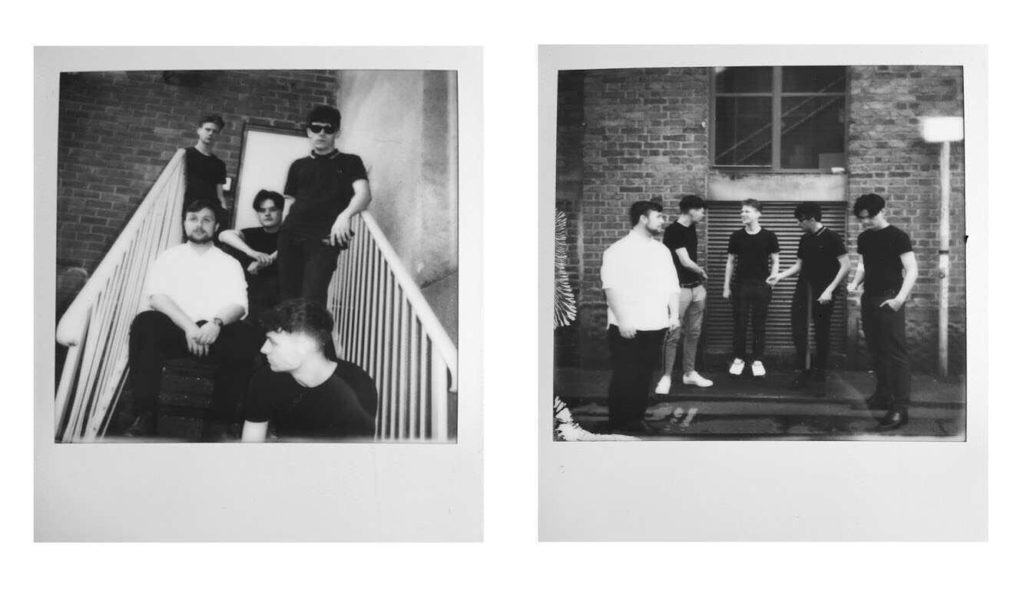 Having recently been lucky enough to get the opportunity to interview fresh talent Baltikk, we were treated to seeing them in action at Night People, one of the best local intimate venues, known for allowing emerging artists to showcase their offerings to the Mancunian music scene. On Friday the 21st June, at an event hosted by Reyt Good Magazine proved no exception- As five-piece Baltikk successfully attempted to warm up the crowd before Broomhead could take to the stage.

Dressed to impress in their coordinated outfits, they certainly looked the part. After placing so much emphasis on the importance of their live performances in our last interview, the stakes were high as we got the chance to see if they really could walk the walk – musically speaking, of course. From the first tap of the cymbals to the last strum of the guitar, the indie group made the venue their own and transported the audience to their own summer heaven.

Our first taste of the band was track ‘Talk About It’. It oozed with rolling drums powered by Sam Sumner, kept together by Daniel Littlemore on the bass. Guitarists Joe Ball and Kyle Bebb worked well together to almost give a sheen to the melody, and impressively dropped back in the intersections to allow Harry Edwards’ voice to shine. The room was almost full, and the abundance of audience fuelled the need to add a heavy dose of attitude to the track as Edwards’ sang “don’t even care about it”. The thumping beat and carefree vibe was finished smoothly off together and the audience cheered, signalling the band were immediately off on the right foot.

A smooth drum roll from Sumner introduced the next track, ‘Get Him’. It is a heavier number, and worked well in demonstrating the band’s versatility. More emphasis was placed on instrumentals than vocals, showing how there isn’t a weak link between them. Despite this, however, Edwards demanded attention as he held the mic stand and implored the audience to participate in their act by clapping overhead. This song is a trippy one featuring an excellent guitar solo from Kyle Bebb, with the drums in perfect tandem, and the audience was kept guessing with the ever-changing tempo during the latter section.

Edwards is the quintessential frontman, and this was proved before they could jump into the next track, ‘The Heat’. He greeted the audience but asked them “to come closer” and “move further to the front to make [him] more comfortable.” This recognition of the importance of audience interaction bodes well for them, and audience members could be heard saying how ‘funky’ they were.

Their next offering was ‘Ghost’, a summery indie classic , drawing obvious inspiration from The Night Cafe. Heralded by a flood of pink lighting, the audience sang the lyrics of this tried and tested fan favourite back to them . Edwards was full of confidence, crooning “try to get out of control” from a crouch, demanding all eyes on him. As the band stripped the instrumentals back at intervals to just snare and guitar, they played into a rich musical history of effective changes in tempo – a favourite among artists such as Nirvana.

‘Ghost’ also encompasses their willingness to intertwine other unexpected genres into their sound. Chill vibes form the centre of this track, with its clear reggae influence – the shimmering guitar was reminiscent of Bob Marley’s famed classic, ‘Three Little Birds’. Syncopated rhythms helped to further create relaxing, swaying tunes, which were clearly enjoyed by the dancing crowd.

After successfully drawing the audience into the palm of their collective hand, it was all uphill from here for Baltikk, especially with their next song, ‘Walk Away’, affectionately referred to as ‘the synth one’. Another catchy track with a powerful melody, it is wrapped in nostalgia which we can all relate to, with lyrics such as “I remember all those days” and “I watched you walk away,” complemented by an upbeat chorus reminiscent of Viola Beach. The audience members bounced off the feel-good vibes, which only increased at the end of the song as Baltikk announced that they are currently recording it and that it will be released sometime in July, followed by another release this autumn.

The track with the slowest introduction was the next to be played, in order to continue  impressing the audience. Titled ‘Lost In Your Mind’, it was the perfect song to place a spotlight on Edwards vocals. A melodically deceptive track, it quickly picks up the pace while remaining a heartfelt number, the changing tempo reflecting the indecision which so often comes with relationships, the instrumentals slowing for lines like “if I lost you” and picking up again for “I just need to know”. A raw take on an otherwise overdone topic, it was once again received very well.

Penultimate track ‘Darling’ kept the easy mood going. It is the only track on  Spotify, and has been released for the past two months. Fans knew it well, and took this opportunity to dance to the catchy song.

All that was left was their closing track, ‘Waiting Game’, a final reason for the audience to remember this band. It is a combination of all of the strongest parts of their songs, with high energy which again roused the crowd into an enthusiastic dance, seeming to transport you from a darkened venue to a sun-drenched beach – the expertly mixed indie-reggae combination is a major unique selling point for this group. Every member put their all in for this final performance of the evening, and as they finished on “that isn’t the way,” it was clear the only way for them is forward. They concluded by thanking the audience, but the pleasure had been all ours.

The eight-track set was merely the tip of the iceberg when it comes to showcasing what Baltikk is capable of. After only a relatively short time together, the sky’s the limit for this five-piece. Be sure to listen to ‘Darling’ on all major streaming services, and watch out for Baltikk’s next release.