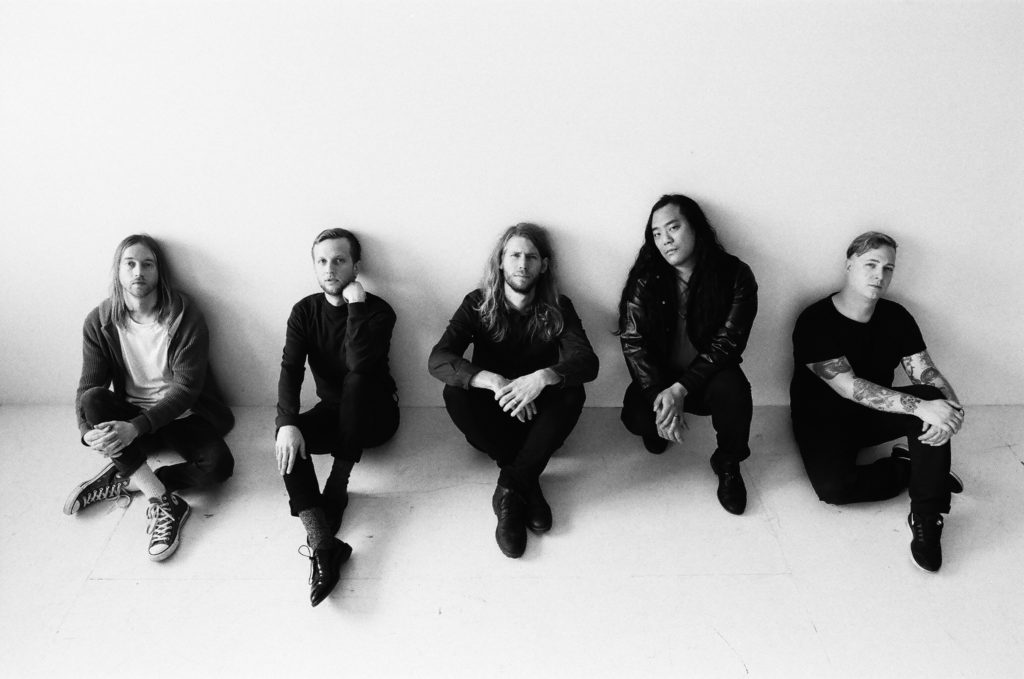 It had been half a decade since La Dispute had graced Mancunian shores with their intense post-hardcore sound. Touring on the back of their fourth studio album, ‘Panorama’ which was released in March earlier this year, we caught Epitaph records newest signing at their first UK show this year.

The show placed a huge emphasis on generating a safe space for everyone in attendance, with posters scattered about the venue walls sending a message of unity to those who may have doubts about feeling safe at a gig.

Using their enthusiasm to be inclusive, La Dispute took feminist post-hardcore band Petrol Girls as well as punk band Milk Teeth out on tour who both feature female-fronted vocalist. This Manchester date of tour also presented 0161 Festival, an anti-fascist benefit festival that is run in Manchester, who gave out leaflets, information and stickers surrounding anti-fascism.

With a sold-out sweaty room, highly anticipating La Dispute’s return, there were signs of relief when they finally adorned the stage – late though they may have been. They begun a performance that would highlight why fans stuck around after waiting five years for a new album release. La Dispute are one of the few bands who have mastered the ability to sound even better live than they do recorded.

Lead singer, Jordan Dreyer has the aptitude to convey messages of sadness, anger and hope all at once in his performance. With lamps decorating the stage, there were vibes from the previous album ‘Rooms of the House‘ which gave the feeling of watching a theatre performance with Dreyer being the lead performer.

Although there was 700 people packed into Gorilla on one of the hottest days Manchester has seen this year, it didn’t stop fans from using all their energy to cast performances of their own whilst shouting back every lyric which must have been gratifying for the members of La Dispute to witness, especially with their newer singles.

Half way through their captivating set, Dreyer paused to talk to the crowd about inclusivity at shows, making everyone feel welcome as well as saving the remaining safe spaces for those who come to shows and listen to songs that are ultimately sad and ponder thoughts to do with death, heartbreak and loneliness. With one member of the crowd whitiling it down to something less polite, ‘Fuck em’, to those who look down on people for listening to this genre of music.

Everyone at this gig knew they were in attendance for some kind of emotional release and this was warmly recognised by the band, as well as the gig-goers themselves who gave the event a distinct community feeling. This was truly something that would be remembered by those in attendance for a very long time.

During their set there was no lack of emphasis on fan favourites from prior releases such as Harder Harmonies, I See Everything and For Mayor in Splitsville, however, to one fan’s disappointment who shouted ‘King Park’ after each song La Dispute played, they did not perform that number in which Dreyer stated they had not practiced it.

We are looking forward to see what is next for La Dispute and hope they don’t leave their next visit to Manchester too long.