You are here: Home / Culture / Entertainment / Film / Why Nostalgia Cinema is on the rise, and where to find it in Manchester 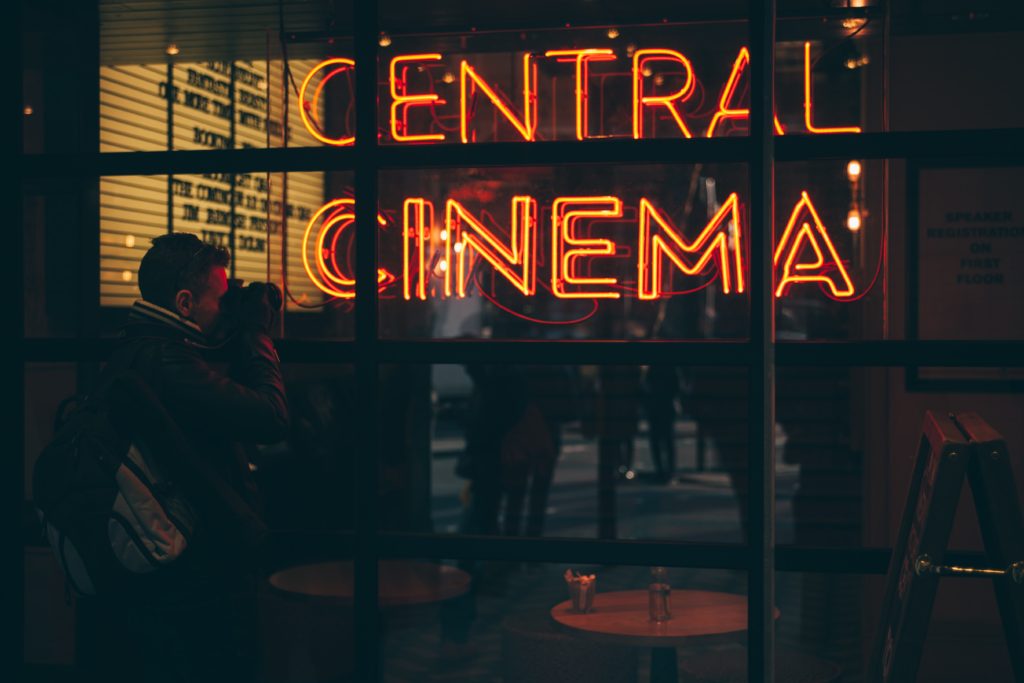 There’s a new zombie flick on the horizon. The Dead Don’t Die, featuring a slightly odd, all-star cast and flashbacks to Simon Pegg sinking pints in the Winchester, is one of the only original productions to be leaving Hollywood this summer. Ironic, as American film studios usually have a knack for resurrecting the dead, but in the form of sequels, prequels, spin-offs and remakes. Nostalgia, apparently, has been now crowned king of the silver screen.

It’s not just an illusion. According to IMBD, over 200 reboots are currently in the works, which is odd, as Rotten Tomatoes revealed that only 10% out of 400 such films made between 1978 and 2018 were thought by critics to be better than the original. So, why are we still watching?

We live in the age of streaming. Companies like Netflix and Amazon are storming markets, alienating TV channels and short-changing cinemas. They’re leading the charge when it comes to originality, with films like Roma and Manchester by the Sea being nominated for (and winning) Academy Awards, Golden Globes and Oscars. Netflix, the kingpin of the market, spent over $2 billion on filmmaking last year and boasts just under a whopping 150 million subscribers – a fast growing number.

The internet appears to have slashed cinema attendance. Bloomberg reported in 2017 that ticket sales had hit a twenty-year low in the US and Canada, whilst the European Union saw a loss of 30 million admissions this year, compared to 2017. Stephen Follows, a film data researcher talked to the BBC and said that we’re seeing a “generational shift” away from the big screen; that it’s no longer “convenient” for young people in the face of streaming options.

Netflix has, in turn, experienced backlash from the old guard. Thierry Frémaux, artistic director of the Cannes film festival, ordered that Netflix originals couldn’t claim the coveted Palme d’Or award (the highest-ranking prize) this year. In response, the company’s boss, Ted Sarandos, pulled out completely. Perhaps he was feeling a little déjà vu, as it was the second year running that Netflix has found itself excluded from the festival.

Steven Spielberg launched a further attack, backed by Vue and Cineworld, asserting that Netflix should be banned from the Oscars too, before being reprimanded by a tweet from the streaming giant, in which they stated their commitment to freedom of access, and insisted that they “love cinema” too.

The blame doesn’t lie solely with our computers, however. Films themselves also have a part to play.

An economic theory called the ‘law of diminishing marginal utility’ is one with a simple premise; that the more we consume of something, the more we grow sick of it. In the cinematic context of today, this can be described as ‘franchise fatigue’ – reimagined films often just lack in quality.

In light of the figures, it would seem strange that Hollywood continues to profit from remakes. Although the West is a major consumer of cinema, however, they are by no means the be all and end all.

According to The Financial Times, low-to-mid-budget films in Hollywood are being dropped in favour of giant multi-million-dollar franchises that can be peddled abroad, especially in China and Russia, with content geared to suit the widest audiences possible. Some studios, such as Disney, are even jumping on the streaming bandwagon, with their upcoming ‘plus’ channel, whilst others are buying each other up to maximise profits. A third of revenue comes from the pockets of American audiences, but the emphasis for American film studios is on global trade, hence why so many blockbusters seem to persevere in the face of criticism. There have been exceptions, like Avengers: Endgame, for example, which caused a surge in ticket sales this year. However, no other film series have come close to the popularity that the Marvel universe enjoys.

Instead, it seems that audiences are being drawn towards a new nostalgic thrill – classic movies.

The influx of reboots has only served as a gateway drug to the real thing – no risk of blow-outs, sinking profits, or the need to actually produce anything new; the classics have become a hit for mainstream cinemas.

The term ‘classic’, however, is a tad controversial. Should a film be ten years old before it claims the title? Fifty? A hundred? According to Ben Ho, a professor of behavioural economics in New York, it can happen pretty quickly. He found that Avatar (one of the most profitable films ever) saw little action on Google following its release, until a few years later, when it suddenly erupted in popularity. The rose-tinted spectacles were forming long before the film had slunk back into the distant past.

Barry Schwartz’s ‘paradox of choice’ – that too many options can paralyse our decision making – also has an impact. There’s an uprising of indie cinema, especially in the UK, and audiences are trapped between the quasi-nostalgic franchises of Hollywood, the internet and the great unknown. It’s daunting. No wonder, then, that resorting back to the originals as if they were brand-spanking new, or, at least, better than a “chewed up VHS tape” (as Vue calls it), is so attractive.

One study claims that nostalgia allows us to associate with ‘a positive view of our younger self’. Classic cinema may not be the solution to the uncertainty of the big screen’s future, but a little sentiment might be the elixir that keeps it alive for now. Perhaps, it’s not so much living in the past, but enjoying the influence that it has over the present.

So, with no further ado…

Where to find classic movies in Manchester:

One of the greats. Don’t be fooled by the household name, though – there are plenty of classics showing here. It even has a retro interior.

One of the cheapest (and most central) in town, at only £4.99 a ticket, this popular cinema comes well into ‘Vue’ as it dominates the surrounding clubs and bars.

This neon cathedral is perhaps the biggest mainstream cinema in Manchester, with 11 screens in total. Within its newly refurbished walls, it’s home to moving seats, panoramic views, 3D and weather effects. Certainly a place where new meets old when the classics roll up.

Grandiose, eccentric and downright impressive, this art deco cinema is seeping with nostalgia. Watch the tall, gold curtains roll back, and with them, the years.

Manchester’s favourite indie cinema and theatre. Catch a broad range of quality cinema that you wouldn’t see anywhere else, including, of course, quality classics.

Ourscreen.com is a crowdsourcing site that allows you to vote on classic (or any) films that you want to see in the cinema. It just requires a minimum of 55 people interested for it to be screened. ODEON, Vue and Picturehouse are the biggest names on their roster so far, including those in Manchester.

For more news about listings, join the ‘Classic Films’ Facebook page, or the group on Meetup.