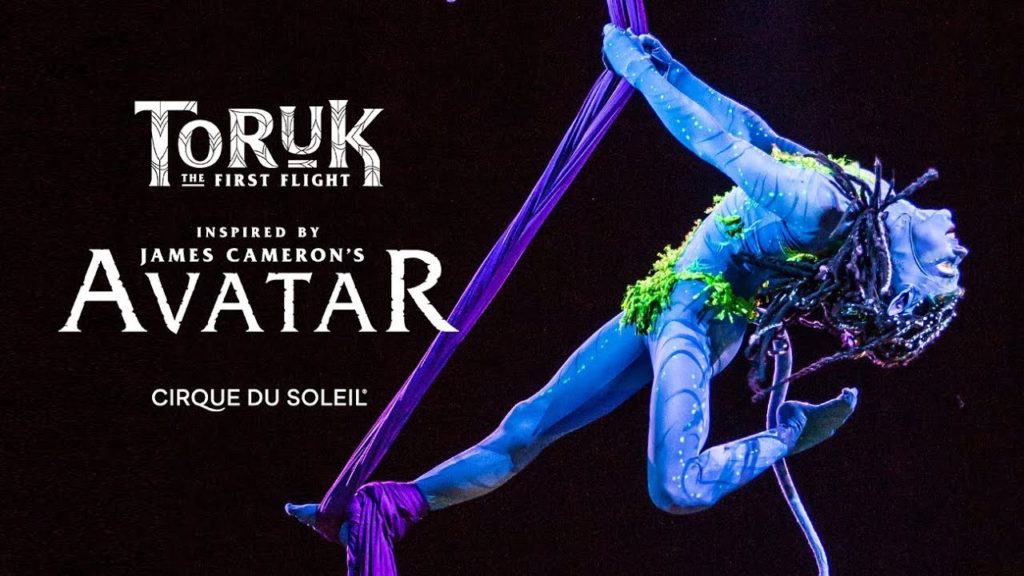 On the beautiful and exotic exoplanetary moon known as Pandora, there are stories told by the Na’avi people, spoken by the worshippers of their goddess Eywa to the chiefs of each tribe. They speak about the great Leonopteryx that, unlike the lesser Ikran that the Na’avi fly by melding together, flies with burning red wings, and is known to the Na’avi as ‘Toruk’, or ‘last shadow’. They talk in fear of the great Toruk, but in awe of the legends surrounding it, for it is said that some day there will be one who is destined to fly the great Leonopteryx, and who will unite all the other tribes together, earning the name ‘Toruk Makto’, meaning ‘rider of the last shadow’.

Directed by Michel Lemieux and Victor Pilon, it is this story of the first ‘Toruk Makto’ that is performed in the Cirque du Soleil show Toruk: The First Flight, which follows the journey of Entu of the Omaticaya clan as he becomes the first ‘Toruk Makto’. Set thousands of years before the events of James Cameron’s Avatar, Toruk: The First Flight follows Entu’s attempt to save his people from a natural catastrophe threatening to destroy the sacred tree of souls, where his people worship Eywa, by fulfilling the prophecy and becoming the rider of the last shadow. During the journey, he must mix with four separate clans in order to find the pieces necessary to summon ‘Toruk’. With these objects gathered, the prophecy can be fulfilled only when a pure soul rises.

Talks on this project go back as far as 2009, when Cameron’s film was initially released, and Daniel Lamarre, the president of Cirque du Soleil, was invited to the cutting room floor. Cameron collaborated with the group in 2012, presenting the video recording of the live show Worlds Away. Toruk was given the green light in May 2014, some years after their initial talks.

The show feature expertly crafted and utilised puppetry, used to bring the flora and fauna of Pandora to life alongside the imposing body and actions of the great Leonopteryx. This is courtesy of the talented Antony Antunes, famously known for his skill in puppetry in productions such as War Horse. Antunes takes to the stage stage in this performance as the puppeteer for the great ‘Toruk’, among other creatures.

The performance also features incredible acrobatics from those portraying the Na’avi in their expert and meticulous movements and uses of various performance arts. One of the most impressive members in this piece is the serene and incredible Lydia Harper, who has spent years building herself up in smaller circus shows, honing her abilities and training in both double cloud acrobatics and Chinese pole climbing. These skills made her not only more than qualified to perform in Toruk, but also to act as an artistic coach, working with the coaching team on the artistic, acrobatic and logistical content of the show. You can see Lydia and others demonstrate their incredible talents throughout the show as they portray the various characters who inhabit Pandora, adding to the show’s beautiful and mystical atmosphere.

Toruk: The First Flight will be a beautiful, heartrending and impressive piece, mixing music, acrobatic choreography and puppetry together to form one of the most spectacular shows ever produced, so be sure to see Toruk before you meet its shadow.

Tickets can be purchased here!