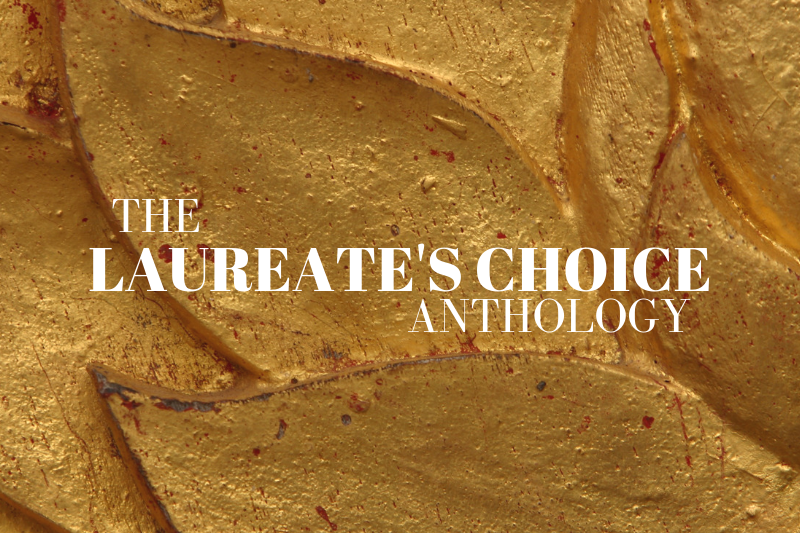 The Laureate’s Choice Anthology was launched in Manchester on Friday 10th May, welcoming readings from some of the new poetic voices it has championed, including David Borrot, Tom Sastry, Natalie Burdett and Yvonne Reddick.

The Laureate’s Choice Anthology brings together substantial selections from each of the twenty poets chosen by the Manchester Writing School’s very own Carol Ann Duffy during her time as Poet Laureate.

The evening, hosted by prize-winning poet Mark Pajak, was held in partnership with the Poetry Business and the Manchester Writing School. Jess Temperley and Katie McLean from The Poetry Business were on hand to introduce the publication to an early audience.

House poet Mark Pajak welcomed guests, speaking warmly of Carol Ann Duffy and offering strong appraisal of the new publication: “Tonight, we celebrate the success of this project with reading of four of the new voices it has championed. I’m going to introduce them. You’ll be pleased to know you won’t see me until the end, and we’ll have uninterrupted poetry from each poet. Then we shall buy a book and celebrate in a more traditional, alcohol-fuelled way!”

He provided an insight into the benefits of the publication, and how it has been a vital stepping stone for new writers. He instilled a vibrantly hopeful tone into a statement to this, commenting: “We have many exciting new books to look forward to in the coming years.”

Pajak introduced David Borrot, described by Kim Moore as ‘carefully observed, yet vivid, often a thread of dark humour.’ Borro holds an MA in poetry from Manchester Met, was awarded the Northern Writers Award in 2015, and has had his work anthologised in Watermark, Flax Books and Cast.

Borrot’s poetry was projected with a steady stance, introduced with commentary on the state of the microphone before he moved swiftly onto “Pigeons”, a poem focused on a theme of flight, following a collective of creatures taking flight in formation, yet retaining their individuality. Laughter from the audience erupted at the line ‘that shit-stained hut that everybody hates,’ as he concluded his verse of flock observations with blunt humour, winning admiration and a huge laugh.

Performed second was “Wolf Fell”, followed by “Ultrasounds”, which was inspired by his 13-year-old son, who he thankfully “still quite likes”, expressing an intimate parenthood, ‘a resonance, vaguely like ourselves’.

Tom Sastry then took to the stage, opening by enquiring after the new anthology colour design: “I wondered why the anthology book was black and was told that a wonderful poetry book is its own right.” It seems both Tom and the audience were put in our places. Poetry needs nothing but itself.

Lines from Sastry’s “A Man’s House Catches Fire” is published by Nine Arches Press. Selector Andrew Jackson called it ‘an irresistible invitation to his witty and generous world, intensely readable, yet multidimensional.’ His work captures physical and mental dynamics on paper, and he owned his dark sense of humour before he left the stage, stating: “That’s quite a dark vibe, I’m from Bristol!’

Introducing Natalie Burdett, Pajak quoted London Grit Magazine, who describe her poetry as an urban drift: ‘as precise and full of imagery carefully grounded in the urban context that gives life a little action. Unobtrusively undercut with feeling, this is a debut written with verve and commitment.’ Anthologised in This is Not Your Final Form and shortlisted for the London Magazine and Bidport Prizes, Burdett is currently undertaking a creative writing PhD project on urban place poetry.

Burdett opened her time on stage “with a love poem from Birmingham, which is entirely appropriate, whatever you think”. Her performance then followed on to include beautifully read poems, entitled “Negative Spaces” and “Paradise”.

Finishing the showcase, Pajak introduced Ivonne Reddick, “described by The Times as ‘containing deeply felt poetry, with remarkable word creation.’” Her debut pamphlet, The Translating Mountains, won the Mslexia Magazine Competition and was selected as The Times Literary Supplement‘s favourite 2017 pamphlet, and received a Northern Writers Award, The Poetry Society’s Award, and a commendation in the National Poetry Award Competition. Reddick is currently the editor of Magma Issue 75.

The event was a enormously entertaining, promising and enriching experience, especially in terms highlighting a number of opportunities available to emerging writers. Each poet had a brilliant sense of humour to match with their poetic talents – as Reddick confidently expressed, “so, I was fully expected to become a geologist or a petroleum engineer when I grew up, my dad worked the rigs in the North Sea, so, ah, I was a profound disappointment! I accused my dad of working for a polluting industry.” Rich in direct language and comic inclusion, her family context amused and then mellowed her observers as she performed a piece centred around a theme close to home for her: “My father left at dawn to work offshore.”

Pajak concluded the launch by thanking Manager of the Writing School James Draper, and The Poetry Business. He left the audience with a powerful statement in recognition of Carol Ann’s Laureateship and her brilliance in career and contribution to Contemporary Poetry: “During her time, the projects she’s brought forward have done wonders for contemporary poetry and will continue to do so for decades. The next Laureate, whomever they are, have some enormous shoes to fill.”

Enormous applause followed, as the beaming audience moved quickly to purchase an anthology and speak with the poets.

Interviewing the poets and audience members alongside Anna Drummond Percy, MMU PhD candidate, answered three geared questions: their event highlights, the end of Carol Ann Duff’s time as Poet Laureate, and comparison between the process of writing and performance. Each expressed delight in being chosen for the anthology, a deeply rooted appreciation for Carol Ann’s work as Laureate, and original takes on the writing process.

For Natalie Burdett, “hearing different voices of poets” was the highlight of the evening. She spoke of Carol Ann’s time: “Been and gone amazingly fast, I’m sure she’s glad to have a rest. I’m glad of the support she gave us. It’s an honour to be chosen in the pamphlet, very exciting times.”

Ivonne Reddick stated the significance of a female Laureate: “I’m completely upset over her ending tenure – it’s the first time we’ve had a female Laureate, that’s huge. It’s a point for shaking up what was once an imposed establishment. She’s done so much.” The highlight of the event for her was being able to enjoy a range of individual poetic styles. She added, “Each poet has a differing style, extremely entertaining; themes of the unnoticed, takes on loss.” Her thoughts on performance compared to writing were raw: “It’s interesting isn’t it? I think the writing is a messy process really, it comes out in splurged drafts. You want to do it justice. Is there ever a final version?”

Tom Sastry praised his fellow poets, expressed appreciation for the audience, and commented on Duffy’s Laureateship: “I’m very glad for her. It seems to me that the Laureateship is what you do with it.”

David Borrott described his thoughts on the writing process as vague and philosophical in a way that it’s hard for writers to avoid, and explained: “I think writing is writing, and reading is actually editing.”

Ian Humphrey and Mark Pajak found it intriguing and “delightful how these poets have never met each other, so it shows this cohort’s importance in hearing voices”.

This launch was proof in print, to all poets and creatives, that significance lies in individual voices, much like the anthology design. The work and pursuit of poetic excellence is a reward in itself, and a collective is a potent source of inspiration for all writers who wish to write well and be heard. It was an inspiring reminder to be on the hunt for ‘the ones to watch’, as they bring strong promise to future of poetry. We must observe and write for the future, soaking up the current generation’s potential.