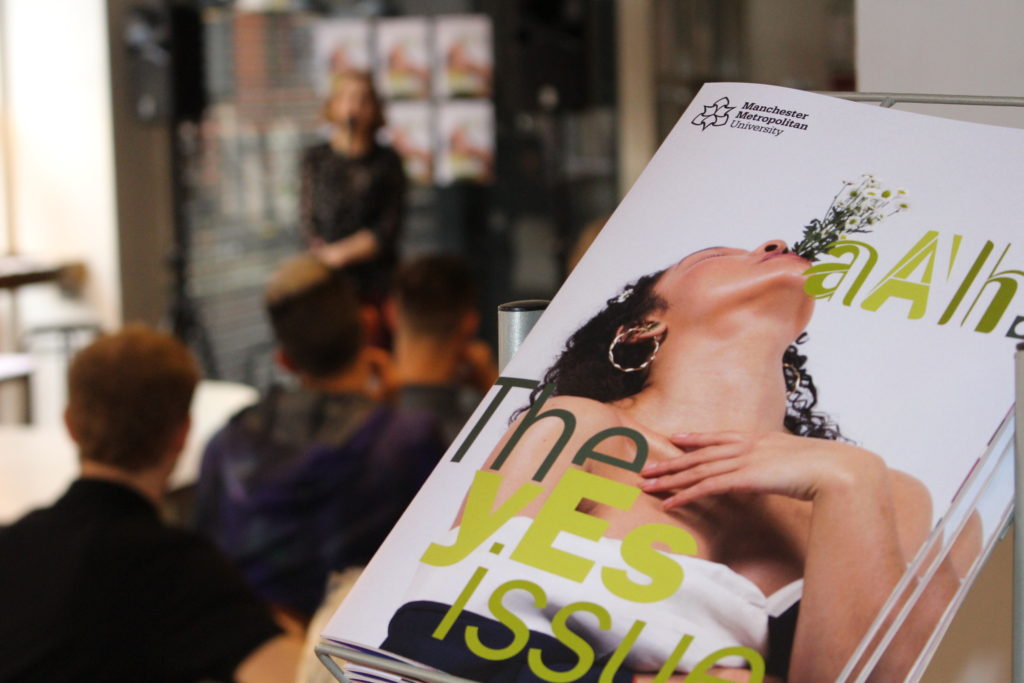 After months of hard work from writers, editors, artists and designers, the aAh! team were delighted to launch our second print edition, the YES issue, at a wine reception at Number 70 last month.

The festivities were inaugurated with a speech from James Draper, the head of Manchester Metropolitan University’s hugely successful Writing School, which fosters the talents of some of aAh!’s contributors. James praised the gifts, diligence and accomplishments of everyone involved in the production of the print issue as well as the aAh! website, sentiments echoed by myself and by head print editor, Grace Atkinson, in our subsequent speeches.

Heightening the atmosphere of pride which by this point permeated the room, the speeches were followed by an awards ceremony, which allowed the head editorial team to recognise the incredible efforts made by the aAh! team.

The winners of these awards are as follows:

After a wonderful evening which offered the head editorial team the opportunity to recognise and celebrate the talents of all those who make aAh! possible, there could have been no better way to close the formalities than with readings of the three poems which feature in the YES issue, Andrea Marie Petrie’s speculative ‘What If God Were One Of Us’, Amber Walker’s brooding ‘When The World Ends’, and, performed by the poet herself, Laura Potts’ poignant ‘Friday’, perfectly encapsulating the diversity of talent which aAh! seeks to celebrate.

If the evening was anything to go by, it would seem that we’re succeeding.

You can read the YES issue via our homepage. To get involved, visit out work with us page – we always welcome new contributors!