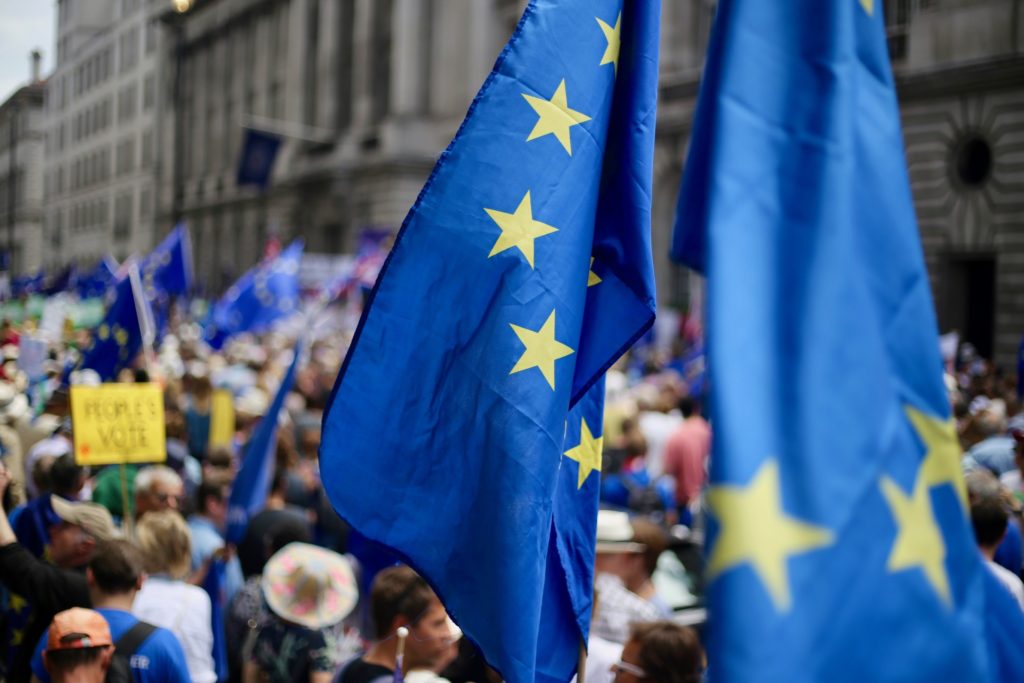 Following the Prime Minister’s damning defeat last week, the Labour party and the Conservatives have engaged in a desperate scramble for control. However, they are united by one characteristic — uncertainty.

It would be fair to assume that the past two years are beginning to catch up with Theresa May.

The Prime Minister’s leaving deal, painstakingly assembled in league with the European Union since the 2016 referendum, was shot down in an unprecedented vote earlier this month. With a majority of 432 to 202, the papers didn’t lie when they tagged it as ‘historic’ — the outcome was politically impressive. Not since 1924, with a vote of no confidence against the Prime Minister at the time, Ramsay MacDonald, have the Houses of Parliament witnessed such a sweeping consensus, and this year still saw the record trumped by a difference of 64 votes.

To add insult to injury, 118 MPs from the Theresa May’s own base defied her and their Tory Whip by voting against the deal, a rebellion unheard of since the opposition of the Labour party to the Iraq War in 2003.

Pictures from the day posted on Twitter showed a cheerful atmosphere, with the corridors of Parliament ram-packed with the ‘no lobby’, Members of Parliament primed to vote against Mrs May’s deal, smiles all around.

Later addressing Parliament, Mrs May provided a cutting statement: “It is clear that the House does not support this deal, but tonight’s vote tells us nothing about what it does support.”

Mrs May continued to state that she would engage in party talks within her Government, “focusing on ideas that are genuinely negotiable”, and will work on how to win the support of Parliament, in a “constructive spirit”. The phrase was met by laughs and jeers by MPs.

However, despite the grandeur of the defeat, the result was not surprising. Mrs May’s plan had been repeatedly criticised since its inception, by Labour and the Tories alike, due to its suggestion of a transition period, eventually leading to a ‘soft Brexit’ — leaving the UK with access to either the single market or customs union as before, but without all of its previous authority or representation in Brussels.

Originally conceived as ‘Chequers’, or ‘the future relationship between the United Kingdom and the European Union’ (hence the nickname), the agreement for the UK’s withdrawal has had various amendments, all to the dissatisfaction of Parliament. The current deal includes a controversial divorce bill of almost £40 billion, in an attempt to breach the impasse of negotiations with the European Union.

If a deal fails to be ratified by the EU, the Irish border situation could also be complicated. A no-deal scenario would create a backstop that would leave Northern Ireland somewhat aligned with the single market and the customs union, whilst the UK would be absent: the main objection of the Democratic Unionist Party (DUP) – the Northern Irish backbone to the Tories’ coalition government.

Following the vote, leader of the opposition, Jeremy Corbyn, called a motion of no confidence against the Prime Minister, leading to Parliamentary debates over the adequacy of Mrs May’s Government. However, he was hampered by 325 votes to 306.

Much like the Prime Minister’s, this defeat was predicted beforehand. The issue is that although the Government’s current tack is divisive and disorganised, nobody yet trusts the Labour party to take the helm. Mr Corbyn still appears unable to fully articulate an alternative proposal to Mrs May, and the DUP, despite their animosity towards the deal, share the same sceptical opinion.

Debates in Parliament between Mrs May and Mr Corbyn have been fiery of late, with each accusing the other of indecisiveness and inaction. However, in response to the Prime Minister’s call for inter-party talks that would attempt to navigate the current political dead-end, Mr Corbyn rejected the offer. He demanded the Prime Minister to guarantee that a no-deal Brexit would be taken off the table, and to provide assurances that the UK will retain close ties with the single market, alongside the protection of worker and consumer rights.

Speaking to a Government in uproar after his defeat, Mr Corbyn furiously stated that Mrs May must remove “the prospect of a catastrophe of a no-deal Brexit.”

The Prime Minister retaliated to the opposition, claiming “the right way to rule out no-deal is for this House to approve a deal with the European Union.”

She claimed that revoking Article 50 would be fruitless, “deferring the point of decision”, as the EU would be unlikely to accept it without proof of a plan. So far, no concessions on the Mrs May’s behalf have been made. Accepting Labour’s demands could also risk creating fissures in her already fragile party.

The EU will also be hard pressed to allow any more ramifications to the deal that might improve the terms already voted against by Parliament. The Irish backstop is a particular point of dissent, and any alteration to the agreement regarding this aspect could easily lose the support of Members of the European Parliament.

Either way, a common desire between the member states in the EU is now to tidy up Brexit and get down to other pressing matters in Europe. This weariness was made apparent by the Prime Minister of Luxembourg, Xavier Bettel. “Brexit was your choice, not ours,” he quipped in front of reporters outside the European Council summit in December.

Jeremy Corbyn now hopes that the solution to Parliament’s political entanglement will come in the form of a general election, perhaps viable in March, yet time is not on his side. He knows that if it wants to take control of the chaos, the party needs a clear motive, even if it cannot get elected. Despite initial reluctance, Mr Corbyn, due to growing pressure from the Labour party, has now begun to set his sights on supporting a second referendum, taking Parliament’s accumulated mess and putting it past the stringent filter of the general public.

Recent advocates for this idea are increasing, including former Prime Minister Tony Blair, who called for “closure”, claiming that the chances of vote happening are now around 50%. Mr Blair is opposed to membership with the EU but stated that leaving without a deal would be irresponsible, echoing the opinions of German Chancellor Angela Merkel and EU Brexit negotiator Michel Barnier, who wish to “avoid the scenario.”

Hinting that the UK should reconsider Brexit altogether, the President of the European Council, Donald Tusk, tweeted: “If a deal is impossible, and no one wants no deal, then who will finally have the courage to say what the only positive solution is?”

Since her election, Theresa May has made herself clear about her ‘red lines’ – that honouring the will of the public would mean the UK leaving in an ‘orderly way with a good deal’. These lines, despite changing colour a little over recent months, appear indisputable. It is highly unlikely at this point that the Prime Minister will side with anything that diverges too far from her proposed deal. However, worries have arisen in Parliament that Mrs May’s stoic handling of the situation will inadvertently lead the country into a ‘hard’ Brexit, something that MPs are beginning to unite against.

Resistance from Labour to a no-deal Brexit has erupted recently, with Yvette Cooper, a lawmaker from the party, proposing an amendment that would force Parliament’s hand into either accepting a new deal or delaying the UK’s withdrawal. A prominent figure of the opposition, John McDonnell, also claimed that Labour would be “highly likely” to support the amendment, and there are growing numbers of Conservative MPs who are following suit.

Pressure is mounting as the UK moves closer towards its deadline and has stirred more arguments that the date should be postponed, in order to ease inter-party tension and allow extra time in securing another deal or a second vote. However, this poses some issues.

In May 2019, Britain (if still in the EU) must elect a new member for the European Parliament, yet 27 of the 73 British seats have already been passed on to other member countries. Furthermore, if an extension of Article 50 were requested, the treaty would need ratification from MEPs, potentially muddling the upcoming election. The ‘Brexit Steering Group’ (the body responsible for guiding the UK through the leaving process) would be shut down and could raise questions about the apparent pointlessness of the UK partaking in a European election if it is still primed to leave the EU. If the extension is only increased by a couple of months, to avoid this coincidence, then the extra time is arguably too short to implement any real change anyway.

Competing views of what constitutes ‘democracy’ are also driving the UK’s current political crisis. Whilst the 2016 referendum presented a majority consensus for leaving the EU, both the idea of honouring the decision to the point of a no-deal Brexit and protecting the public from the consequences of this outcome have been argued to be more ‘democratic’ than the other.

Both Mrs May and Mr Corbyn are treading on thin ice – one wrong move and the cracks in their parties could shatter any future progress completely.

Whilst the Prime Minister provides vague implications that a no-deal is undesirable, she is wrestling with the threat posed by pro-Brexit demonstrators, especially those on the far right, who vehemently claim that any backtracking on the outcome of the 2016 referendum would be a subversion of the will of the public.

Unless the vote is overturned, still a highly unpopular option, leaving the European Union has now been narrowed down to just a handful of options. If no deal is agreed on before March, then the UK will have no choice but to tumble out of the EU empty-handed.

The stash of metaphors able to describe the chaos in Parliament is running low at this point. The week ahead will see the Prime Minister scrambling to negotiate a revised deal with the EU and subsequently putting it past Parliament for a consensus. In the background, activists for a second referendum will be working around the clock to bring the public into the process. Whether Mrs May will decide to call an election, strike gold with her plan B, or break under party and Parliamentary pressure, is yet to be revealed.