You are here: Home / News / Opinion / Politics / Russia’s looming shadow: Should we be worried? 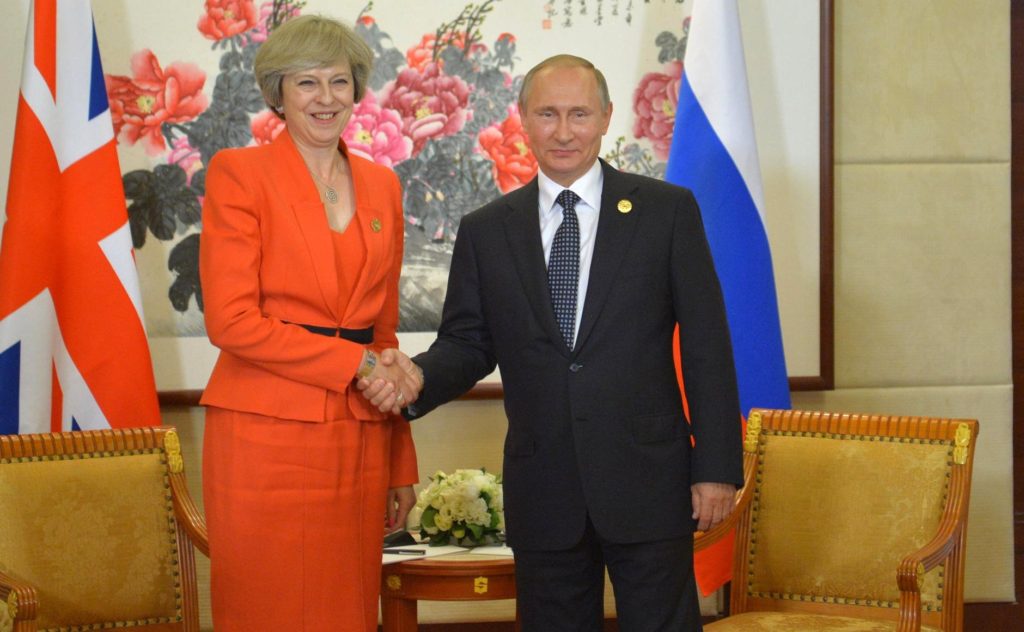 Spies, secrets, passion, betrayal, manipulation. Accusations about Russia meddling in Western political and economic affairs since the Cold War have always been represented in a very James Bond-esque manner: exciting and mysterious with a touch of romanticism, yet remaining essentially in the realms of fiction.

However, this is changing.

It’s common knowledge that the failed Novichok attack in Salisbury of early 2018 was on behalf of the Kremlin. Likewise, journalists often touch on recent events that have aroused scandalous claims, the major culprits being Donald Trump’s election and the Brexit referendum, both harbouring clear implications of Russian subversion. With Trump, it was the Clinton emails, with Brexit; the support of Farage and his UKIP baby – the man who now sits between two disagreeable strongmen and has since committed casual infanticide of his previous love.

One could be forgiven for expecting outrage at Russia’s blatantly offensive manoeuvres, perhaps even assuming the retaliation from European governments, yet none has arisen.

Strangely enough, worries today in international affairs seem to be focused on China and its enormous market expansion. However, whilst this might challenge the West’s current economically hegemonic existence, the nation’s intentions are relatively clear. The goal is to increase their financial power, especially in the East, and through foreign direct investment, workforce specialisation and the construction of new trade routes, gain enough influence to rise respectfully to the best seats on the world stage.

Alongside criticisms of some human rights violations and shady economic tactics, the increase of Chinese scope can appear worrying. However, it’s beneficial for other existing powers and mostly harmless to everyday citizens of the already established powers (although, those within growing states can represent a different story), especially in the West. China is the exporting powerhouse that has landed affordable products on our shelves in the last few decades and propped up many of our failing companies and industries.

In contrast, Russia approaches its attempted rise to power very differently indeed. It is needless to say that they already were, and are close to being, a superpower. However, their covert involvement in Western affairs has been growing exponentially ever since the messy dissolution of the Soviet Union. Warring factions in party politics, poor relations with former Soviet states and Vladamir Putin’s iron grip over his presidency have all marred Russia’s integrity, yet, whilst we see clear evidence of the Kremlin’s finger poking into a great number of important pies, the concern never truly takes hold. Small numbers of protesters might tackle the issue and the press may slap an article into the public eye every month or two, but neither the media, nor respective governments, have yet made any consistent, concrete assertions. The perpetrators, of course, deny the accusations levelled against them, and with clever subversion comes crafty disguises. Nonetheless, this only constitutes a minor excuse for not properly wrestling with the issue on an international stage.

The latest example of worrying Russian interference involves the Yellow Vest (‘Gilet Jaunes’) protesters in Paris, who have caused chaos and destruction over the last couple of months. Their ambitions have been guided by a vague sense of political injustice and general hooliganism, yet Eastern involvement has prolonged and supported the movement, twisting it out of proportion through the use of hacked Twitter accounts. The French intelligence say that they’re looking into allegations that implicate a Russian fix, but it is already obvious that the Kremlin is involved; we have seen this story repeated over and over during the past years.

This is the conflict of today. Rarely do we invade countries, face off in a field adorned with identifying colours or fire our bullets and missiles at will. War is conducted through guerrilla tactics, computer technology and Russia’s favourite, internet hacking. As the BBC recently claimed, the Kremlin has been conducting “hybrid warfare”, a translucent barrier between war and peace, and brilliantly at that. So well, in fact, that it goes barely noticed, or even reciprocated.

There are a few reasons for this. The simplest of all is that they’re biding their time. Russian interference does not arrive in big waves or in controversial attacks that shock governments and civilians alike. It comes in small, consistent notions that spark minor controversy but are quickly forgotten, similar to Donald Trump’s tweets. Once taken at face value and deemed scarily extreme, they are now regarded as commonplace. However, Russian involvement in Western politics is not something that should be taken for granted.

Russia has the West in a stranglehold of self-implication – “mutually assured destruction”, as a similar stalemate was aptly named in the Cold War, except regarding nuclear weapons. Why would the American Government openly acknowledge that the Russians had rigged Trump’s election? Despite his character, they would subsequently be admitting that the system had failed and that they had an undemocratically elected president, decided by the West’s biggest potential enemy. Likewise with Brexit. With the UK already in complete turmoil, deciding between the good of the country or the ideological purity of democratic decision, to admit that the vote was tainted by Russian hands would be to cast yet more fuel to the flame of protest, instability and anxiety, at a time when Parliament needs more than anything to uphold the opposite.

Increasing numbers of cyber attacks have forced our heads eastwards, but barely anything materialises as a result. Trump and Brexit still dominate our headlines, despite the fact that Putin has had a major stake in both events. Timid warnings have emanated from the likes of Barrack Obama and Theresa May threatening ‘consequences’, but the subject appears too worrying, and European issues too numerous, to truly pursue the dark path that Russian accusations could eventually lead us down.

So, is this something we should be worried about? Are Russia’s underground tactics, with the intent to dissolve Western society, truly an issue?

If left ignored, then yes.

Recent political events have helped to divide our society, at a time when it needs unification more than anything. However, the problem was not caused by Russian hands. The rise of the right wing, fake news and confused, disparate governments, have had much more of an influence over our current continental strife than any hacker or social media analyst. The East has only capitalised on the troubles we are already experiencing and is attempting to fracture the rift even further. Russia’s issues are numerous too, and they do not yet harbour the power, confidence or necessity to implement any real attack.

Regardless, if a seed is left to grow, especially with such pleasant conditions as a divided West, this problem will only get worse. These are the very same divisions, influenced and exaggerated by Russian interference, that have distracted governments from truly considering their threat. Governments need to push harder in tackling this issue. We can only hope that we pick ourselves up quick enough to act, before Russian subversion no longer resides in the back pages of the paper, but on the headlines.