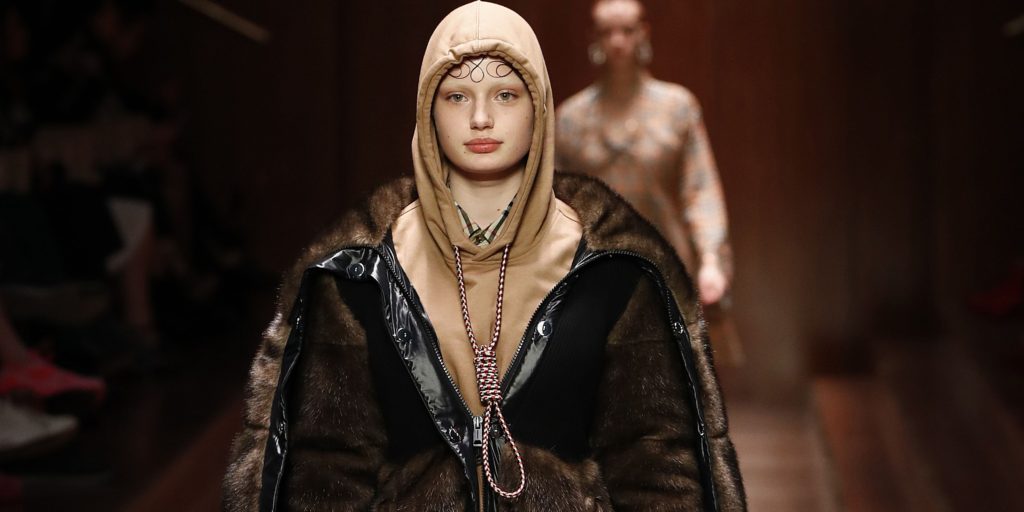 Burberry has been criticised for sending model a down its catwalk during London Fashion Week 2019 wearing a hoodie draped with a decorative noose as part of its nautically themed Fall/Winter 2019 collection.

Model Liz Kennedy has criticised the brand, referring to the design as “ignorantly put together” and the brand’s response as “poorly handled”.

Liz Kennedy, who walked in the show, took to Instagram to lambaste
Burberry’s Chief Creative Director, Riccardo Tisci, who is relatively knew to Burberry, having shown his debut collection last September:

“Suicide is not fashion. It is not glamorous nor edgy… Riccardo Tisci and everyone at Burberry it is beyond me how you could let a look resembling a noose hanging from a neck out on the runway. How could anyone overlook this and think it would be okay to do this especially in a line dedicated to young girls and youth.”

“We are deeply sorry for the distress caused by one of the products that featured in our A/W 2019 runway collection. Though the design was inspired by the marine theme that ran throughout the collection, it was insensitive and we made a mistake.”

“I am so deeply sorry for the distress that has been caused as a result of one of the pieces in my show on Sunday. While the design was inspired by a nautical theme, I realise that it was insensitive. It was never my intention to upset anyone. It does not reflect my values nor Burberry’s and we have removed it from the collection. I will make sure that this does not happen again.”

Liz Kennedy also mentioned in her Instagram about the relation of the noose to lynching. Whilst Black History month is in October here in the UK, where the collection was shown, America celebrates its Black History Month in February.

This follows Gucci pulling and subsequently apologising for a polo-neck jumper with a design reminiscent of blackface earlier in the month, and after European fashion houses Prada and Dolce & Gabbana both falling subject to accusations of racism.