You are here: Home / Travel / Travel: The King of Common Sense 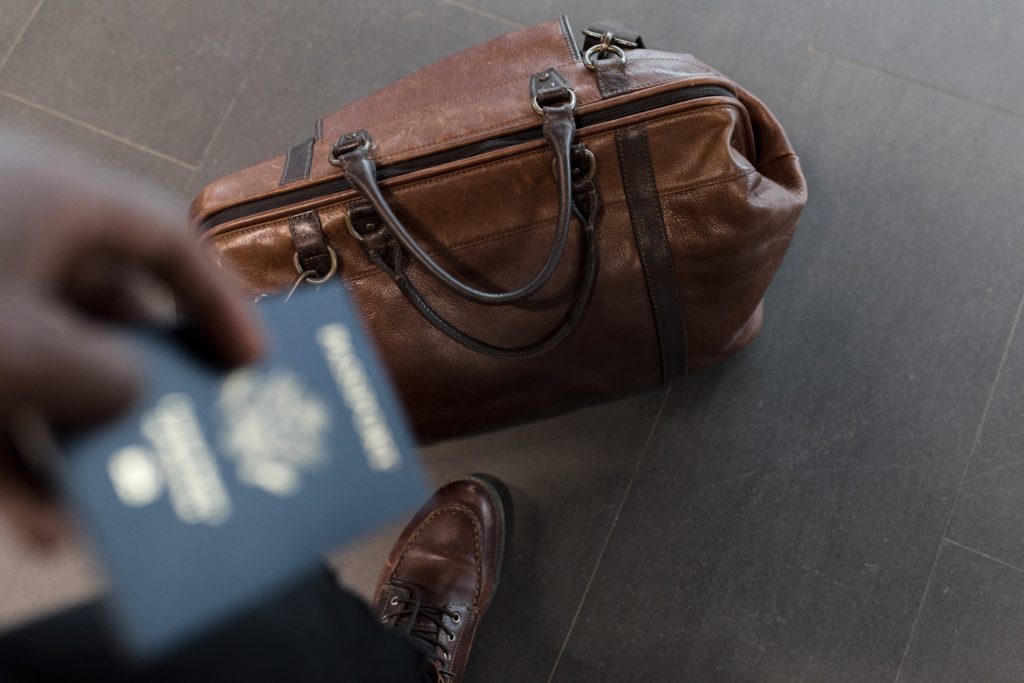 Before going away, I made sure not to pack anything into my thirty-litre rucksack that was remotely expensive, sentimental, or worthy of stealing. Yet, during those innocent stages of planning and preparation, I was still naive to the fact that my situation regarding the care of my belongings, or, perhaps, lack thereof, would not be that simple.

It began in Thailand with my adaptor. A simple commodity that I spared little thought for, until it disappeared from the plug socket in my hostel. Frustrating, but easily replaced.

Unfortunately, it wasn’t going to stop there.

Before moving on to Pai from Chiang Mai (both in the far north of Thailand), I decided, naturally, to get the entire contents of my bag cleaned the night before, bar the clothes already on my back, so that I could arrive in fresh-smelling frocks at my next stop.

One word of advice that would seem like common sense to most: take note of where you leave your laundry.

With no receipt or map reference, I’m still not, to this day, entirely sure how I expected to find my clothes again the next morning in a city as sprawling as Chiang Mai. Needless to say, the remaining two hours before my bus was set to leave were spent frantically trying to buy myself a new wardrobe, which, whilst successful, raised some serious eyebrows in the fashion department. It could have been worse – I hadn’t packed any decent garments to begin with.

Except, it did get worse.

Fast forward a couple of months to Ho Chi Minh City, Vietnam. I was enjoying a tasty French-style baguette down a side street which for the past two weeks I had considered my culinary home, when, tragically, on one evening around eleven, my trust was shattered, my heart broken, my Samsung stolen.

Or, at least, I think it was. Unless the Galaxy A3 2016 has a ‘phantom’ component that allows it to mysteriously disappear from your table when you’re not looking, however, my conclusion is that it was indeed pinched.

The following day, in a desperate frenzy to obtain a police report and kick start my insurance claim as soon as possible, it had started to seem like the world was turning against me. Bearing in mind that I had a flight booked to the Philippines that evening, it was not a good day to also lose my passport.

If the stress of a missing phone wasn’t enough, especially with what I was convinced was an endless stream of urgent messages piling up in someone’s pocket somewhere, looking into my bag and finding my little red book no longer resting at the bottom almost killed me.

Sweat, not from the heat of the fast approaching Southeast Asian summer, but from my spinning head, kept me company during a frenzied half jog, half sprint around the city to all of the places I’d visited in the last few hours.

The first port of call was the police station where I’d filed my phone report that morning. The officers, when they finally decided to look up, immediately showed me the door, no questions asked (or answered).

I proceeded to burst into the electronics shop where I’d searched for a Samsung replacement, barely comprehensible to the staff as I choked out a plea for information. Still with no luck, I checked a shop where I’d bought sweets, a park bench that I had perched on for a grand total of two minutes, and my bag, over and over again, just in case I had suddenly developed very poor eyesight. Nothing.

Veins popping and red-hot visions of my passport thief playing in my head, I settled down in an internet cafe and made some desperate calls to the UK embassy. The woman on the line was genuinely very kind, it was just the things she told me that didn’t follow suit.

“You’ll have to get (another) police report.”

“Yes, you’ll have to come straight home on an emergency passport.”

“No, you can’t visit the Philippines first.”

All hope lost, I sunk down even further into my seat and stared vacantly at the computer screen in front of me, the comforts of home creeping a little too close. Eventually, I paid my bill to the sympathetic-looking staff and headed back to the police station, where it had been agreed to pick up my report at two.

I must have been walking with my head down, as I didn’t notice at first what the officer had clutched in his hand. It took me a couple of seconds, and then, suddenly, my pulse returned. For a moment, I considered hugging the man, before very quickly (and sensibly) changing my mind.

I had accidentally left my passport on a seat there that morning.

I let out something close to a roar, and although feeling very annoyed about the fact that nothing had been mentioned during my previous panicked search, I then sprinted victoriously through the park back to my hostel, laughing the whole way.

The police never processed my statement or investigated the theft of my phone, most likely due to the ridiculous scene that they had to witness and probably concluding, quite reasonably, that I’d simply lost it.

Even so, I caught my flight (despite the emergency purchase of a return ticket that I wrongly assumed I could travel without) and survived any further devastating losses, apart from some petty scams and a flushed toothbrush. Nonetheless, I now harbour a much greater appreciation for organisation, common sense and quality insurance packages.

Is there anything to learn from this story? Probably not.