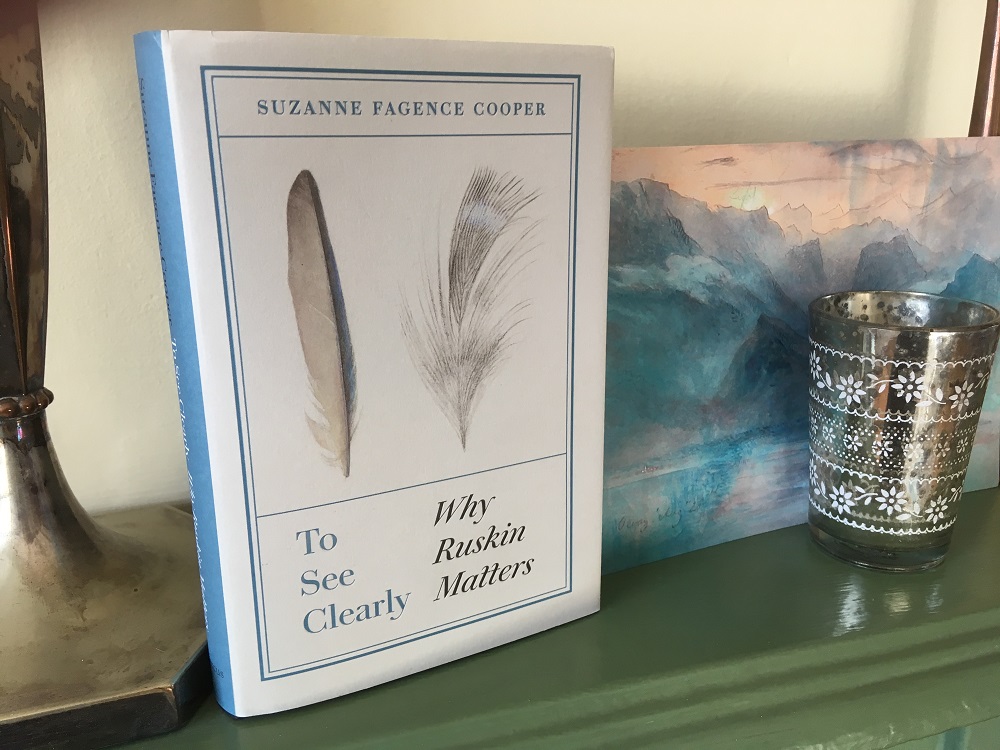 It is an allusion to the sexless marriage of John Ruskin and his young bride. They married in 1848 and the union was annulled in 1854, on grounds of non-consummation.

Suzanne Fagence Cooper’s book on the subject, Effie: The Passionate Lives of Effie Gray, John Ruskin and John Everett Millais, was a key source of inspiration for the film Effie Gray, scripted by Emma Thompson.

In her new publication, Cooper’s aim is to remind us, two hundred years after Ruskin’s birth, that there is far more to the painter than a famously failed marriage.

Prior to reading this book, my knowledge of Ruskin was cursory.  I knew that he is regarded as a major cultural figure, but I was unsure of why. In particular, I wondered why we should devote time to Ruskin’s writings on artists, rather than those artists themselves.

Cooper’s case is partly the enduring quality of Ruskin’s output. She says: “His own water-colours and revelatory prose-poems are astonishingly vivid.” The book has a beautiful cover which displays illustrations by Ruskin himself.

Despite his austere persona – “more sensitive to the stones than he was to the people around him” – Ruskin was not a nineteenth century snob. He “recognised the importance of universal education and what we now call lifelong learning.”

For instance, he set up a museum in South Yorkshire because he wanted Sheffield’s metalworkers to “think differently about their own skills and to take pride in their productions.”  The Ruskin Collection in the Millennium Gardens, in the centre of modern Sheffield, stands in commemoration of his efforts.

Cooper is not uncritical of her subject’s attitudes or of his behaviour. She examines accusations of sexism and paternalism in his outlook. Her conclusions are a reminder of the pitfalls of labelling historical figures as either straightforward heroes or villains.

She notes Ruskin’s dislike of the “extravagance” of Gothic buildings, and asks what he would have made of Beetham Tower, “with its slender cantilevered metal and glass construction” which “sways and hums loudly above Deansgate in high winds.”

Ruskin also wrote about politics and economics, and asked awkward questions about the emerging culture of consumerism. He observed: “Whenever we buy or try to buy cheap goods … Remember we are stealing somebody’s labour.”  What, we might wonder, would he have made of “fast fashion”?

Cooper’s book is not a simple biography, but rather an eloquent lecture from which the reader learns how Ruskin’s writings and his life interweaved.

He is positioned as a figure (at least intellectually) much like Oscar Wilde, who articulated why the visual arts matter in the here and now.

We, no doubt, need a Ruskin for our own times. Perhaps there is already one amongst us, and we just have not looked closely enough to notice them yet.