You are here: Home / Manchester / News / Thousands expected to gather for Manchester’s Reclaim The Night march 2019 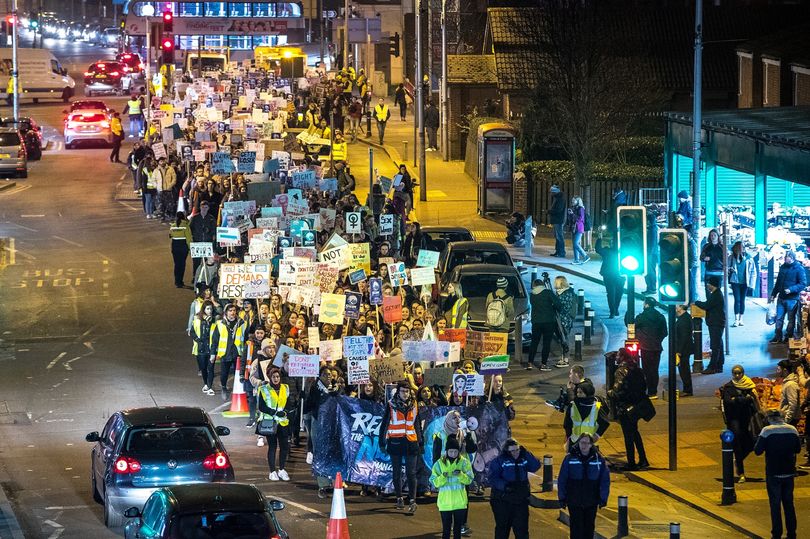 What is Reclaim The Night and how can you get involved?

The University of Manchester’s Students’ Union is once again preparing for its annual Reclaim the Night march this evening, Thursday February 21st. The march aims to protest issues of sexual assault and violence against women, particularly on the streets of Manchester.

The march comes as part of the wider “Reclaim The Night” movement, which began in Leeds in 1977, and has had a long history of protesting social inequalities, even leading to the arrests of 13 women in Soho in 1978. The march looks to gain further momentum this year, as social consciousness over sexual violence continues to grow.

The march aims to lobby the council to “increase street lighting provisions in Rusholme, Fallowfield and Withington”, and increase police presence, prevent further cuts to women’s shelters, increase funding for local services for victims of sexual violence, and increase awareness of “where victims can report acts of violence”.

The official website for the march also encourages readers to write to the council and to Mayor Andy Burnham in order to demand these changes.

The march will begin at Owens Park at 6:30pm, moving down Oxford Road and ending at the Manchester Students Union.

What are your thoughts on the Reclaim The Night march? Will you be in attendance? Tell us your thoughts or send us your pictures of the march at @aAh_mag on Twitter, or find us on Facebook at @aAhmagazine.