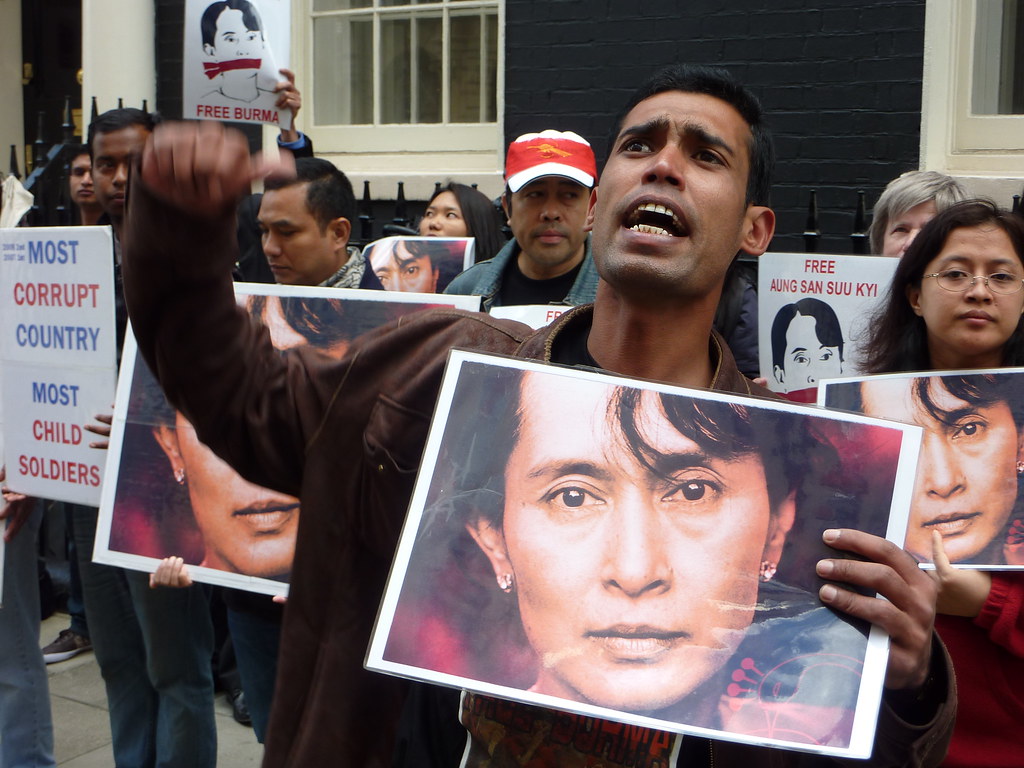 Growing opposition against a coup in Myanmar has seen tens of thousands of people gathering in Yangon, the largest city in Myanmar.

Protestors called for the release of the country’s elected official, Aung San Suu Kyi, last week and gathered in defiance of the new ban against large gatherings.

They were met with rubber bullets, water cannons, and teargas from Myanmar police.

Protests in Mandalay, Magwe, and Naypyidaw turned violent as police used water cannons and rubber bullets to disperse the gathered crowds. At least one woman from a protest at Naypyidaw is said to be in critical condition Reuters reported.

The military seized control on February 1st, stating that election results from November, which showed the National League for Democracy as a clear winner, were fraudulent.

Ms. Suu Kyi, the head of the NLD party, was placed under house arrest along with other NLD officials.

One Twitter user by the name of Maw Htun Aung, has been documenting the events taking place through a VPN to conceal his location.

Aung states that citizens have taken to banging pots and pants as a symbol of resistance against the military, and what they see as a disruption of their democracy.

The UN in Myanmar has expressed concern about the use of force against protesters. Ola Almgren, the UN Resident Coordinator and Humanitarian Coordinator in Myanmar said, “I call on the Security Forces to respect human rights and fundamental freedoms, including the right to peaceful assembly and freedom of expression… The use of disproportionate force against demonstrators is unacceptable.”