You are here: Home / Culture / Music / Review / Album Review: ‘Medicine At Midnight’ by Foo Fighters out to ‘raise people’s spirits’ 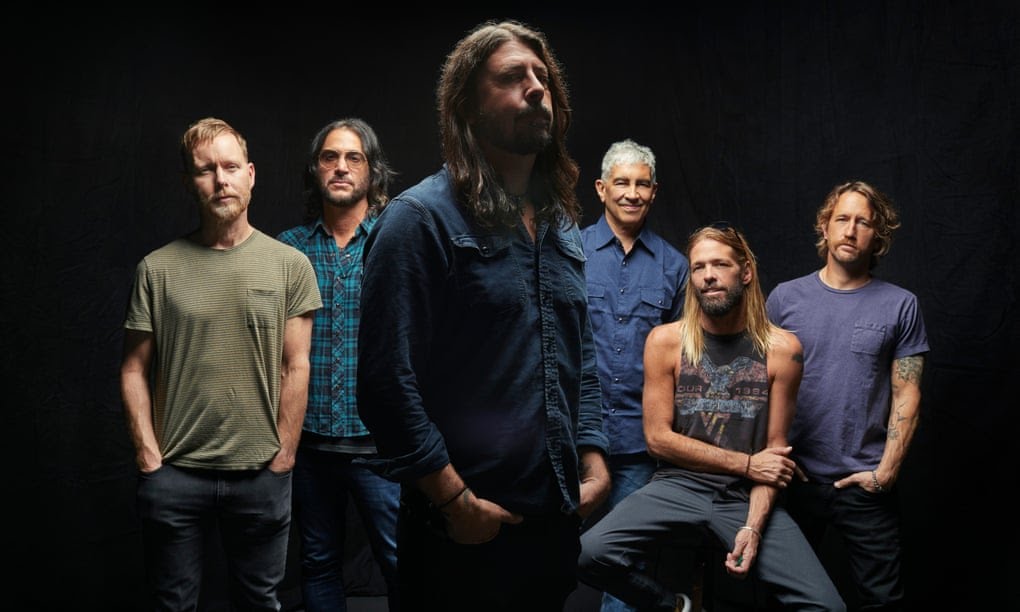 In the last decade Foo Fighters have made a record in a garage, sound-tracked their own documentary, and released ‘Motorhead’s version of Sgt. Pepper’. Continuing the trend of working an angle into their albums, their much-anticipated tenth album emulates David Bowie and brings funk to the forefront.

Recorded with Greg Kurstin (Liam Gallagher, Adele), the album was completed last year alongside plans to celebrate the band’s 25th Anniversary. They were getting ready for their ‘biggest party yet’ when the COVID-19 pandemic hit.

Initially, they decided to delay the release until they could tour, but Dave Grohl realized sharing the music during the pandemic would be a positive idea. He said, “We make this music for people to hear. We don’t just make it so that we can go hit the road. We write these songs so people can enjoy them and sing along, whether it’s in their kitchen by themselves with a bottle of Crown Royal or in a stadium bouncing around, singing the choruses.”

‘Medicine At Midnight’ came out in the first week of February 2021.

Singles ‘Shame Shame’, ‘No Son Of Mine’ and ‘Waiting On A War’ preceded the record, painting a varied picture of what lay ahead. With its softly spoken vocals, brooding atmosphere and slow-burning crescendo, ‘Shame Shame’ was a surprise start with a sound far from what we expect for the Foo Fighters.

‘No Son Of Mine’ is closer to their signature sound with Rammstein-meets-Motorhead riffs and thrashy tempos existing as a celebratory tribute to Lemmy Kilmister. ‘Waiting On A War’ is a stripped down lament about living under the threat of conflict. Watch out for the big finale at the end that is sure to be a concert highlight.

In contrast to the bleakness in the last record, ‘Making A Fire’ bursts through the gates with life-affirming lyrics and twisting rhythms. The expansion of their instrumentation makes a refreshing change to their playbook.

Gospel vocals, strings and percussion are littered throughout this record and it’s difficult not to holler and shake along to songs like ‘Medicine At Midnight’ and ‘Cloudspotter’.

Clocking in at under 37 minutes, this is their shortest record yet and the pace feels like it never entirely lets up apart from on the track ‘Chasing Birds’, their most authentic attempt yet at Beatles meets Pink Floyd psychedelia. Keyboardist Rami Jaffee is given a chance to shine here with a bigger leading role than on most of their records.

Piano, organ and synthesizers maintain a strong presence across the album and help to embellish melodies on songs like ‘Holding Poison’, giving it the ‘poppier-elements’ which remind listeners of the good times in Bowie’s ‘Let’s Dance’ and more.

The album finishes with ‘Love Dies Young’ which bookends the record with another explosion of vitality; its New Order-style indie provides a hopeful look to the future and ends us on a celebratory note.

Working with Greg Kurstin has unlocked a new sense of progressiveness in Foo Fighters. Listening to the album, you might hope this partnership lasts and begin to dream about what else they could achieve.

‘Medicine At Midnight’ is a fine addition to their catalogue and an excellent soundtrack for anyone’s weekend. We can’t wait for it to reach festivals and stadiums…

Keep up to date with the Foo Fighters: