You are here: Home / Culture / Music / Incoming: The return of Reading and Leeds Festival – everything you need to know 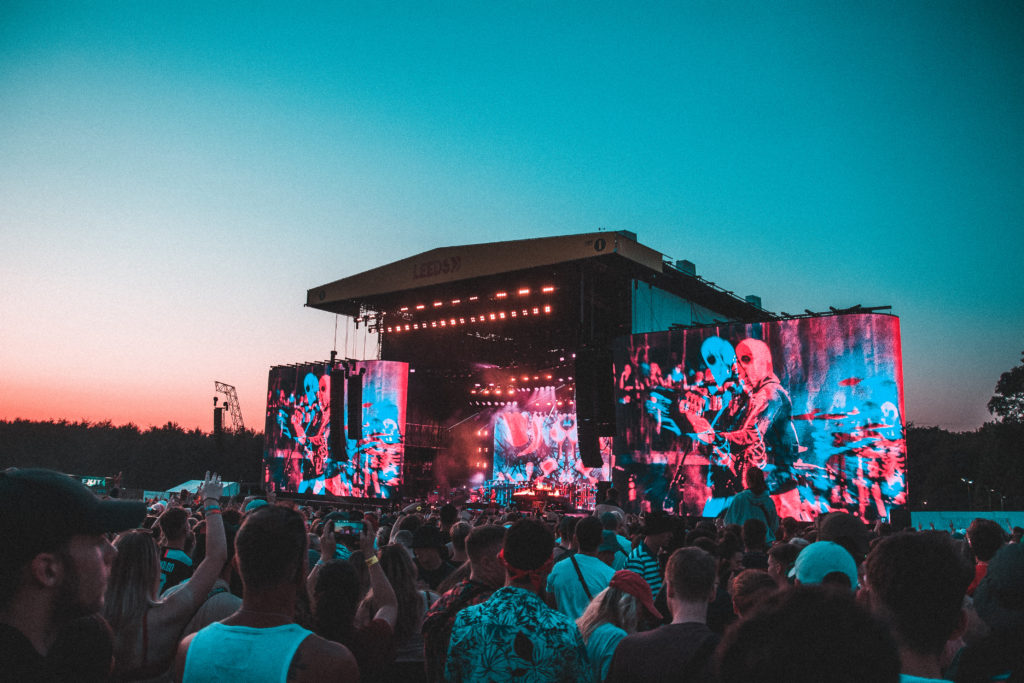 2021 sees the hopeful return of one of the UK’s favourite festivals, Reading and Leeds. After a fallow year in 2020 due to the Covid-19 pandemic, Leeds Festival remains optimistic that Bramham Park will welcome back festival-goers once again after what has been a tough 12 months for the creative industry.

2020 was a bleak year for fans of live music and for those who work endlessly at the forefront and behind the scenes of the music industry. Music is a huge part of the UK’s culture.

Throughout lockdown, campaigns, such as Let the Music Play, have been launched calling for the government to offer support to save live music.

Many venues have struggled to make it through this year without being wiped out, with the music scene in the north having been hit the hardest.

With the recent announcement of the government’s roadmap to lifting lockdown restrictions by Monday 21st June, Leeds Festival has taken to social media to encourage fans once again to make plans to attend the festival we hold closest to our hearts.

With the hope that restrictions on large events and performances will be lifted, Reading and Leeds are enthusiastic that this year’s festival has been given the green light, and in turn, their hopefulness has given us a glimpse of something to look forward to.

Reading and Leeds 2021 📣 Following the government's recent announcement, we can't wait to get back to the fields this summer 🎉 LET'S GO 🍻 #RandL21https://t.co/se3B02oFyj pic.twitter.com/EzBLKr3S9T

Reading and Leeds are upping their festival game this year by introducing a second main stage, allowing for two headliners each evening of the three-day event, like music to our ears. The festival’s return promises to reward fans with a range of high-profile acts.

Most of these artists released new music towards the end of 2019 and planned tours for mid-2020, unable to predict what was in store. The August bank holiday weekend in 2021 might be their first chance to perform ‘new’ songs live.

The line-up is far from finished, yet Stormzy being named as one of the Saturday night headliners is enough to sell it for aAh! Magazine. After his latest album, Heavy Is The Head, was certified Gold after reaching Number 1 in the UK Official Album Chart, we are excited to witness these brilliant, genre-buckling tracks live. Stormzy was the first British rapper to headline Glastonbury Festival, one of the world’s biggest music festivals, and we are thrilled that he has been given a well-deserved headline spot on Leeds’ soil.

After closing the weekend as the headline act for the last night of Leeds Festival in 2019, Post Malone has since released his latest album, Hollywood’s Bleeding, earning him another headline slot on Sunday night once again.

This will be Post Malone’s third time playing Leeds festival and his second time headlining, which must break a Reading and Leeds Fest record.

With hit tracks such as ‘Saint-Tropez’, ‘Goodbyes’ and ‘Circles’, we’re excited to see how his 2021 set will compare to 2019, but what we do know is, it will be vulnerable, anthemic, and in the true style of Post Malone showing himself as the rockstar he really is. You can read our thoughts on his set last year here.

Further down the line-up, we see artists that consistently produced hit tracks in 2020. In the past 12 months since the pandemic started, TikTok has risen to popularity and has been shaping the music scene since, placing artists in the mainstream spotlight.

This particularly rings true for Doja Cat, in which TikTok helped ‘Say So’ rise to popularity with the remix version featuring Nicki Minaj reaching No. 1 on Billboard’s Hot 100 for the first time in both artist’s careers. The latest line-up also features Ashnikko, whose second official single ‘Stupid’ featuring Yung Baby Tate, gained viral popularity on TikTok, as well as fan-favourite ‘Daisy’.

It is exciting to see a range of female artists gracing this year’s line-up which also includes Beabadoobee, who recently released her debut album, Fake It Flowers, and was ranked by Billboard as ‘The Top New Rock Artist of 2020’.

aAh! sat down with Bea back in 2019 as she played alongside label mates on the Dirty Hit Records Tour, and we’re looking forward to seeing how her low-fi bedroom-pop tracks transcend from small dimly-lit venues to Leeds Festival’s biggest stage.

There really is something for everyone at this year’s Leeds Festival, and we truly hope it will go ahead and bring that much-needed festival joy we have been longing for since Summer 2019.

Leeds Festival provides an all-round festival experience which can only be expected from Festival Republic, notorious for the consistently impressive line-ups they’ve compiled over the years.

When is Leeds Festival?

Where can tickets be purchased?

For those who already have tickets, you can relax and begin to plan the best weekend of 2021. For those who haven’t purchased tickets, Leeds Fest is unfortunately and officially Sold Out. R&L have issued a warning to fans of the festival to beware of scammers and to only purchase tickets from trusted resellers such as Ticketmaster, See Tickets and EventIM.

However, Leeds Fest is still offering volunteering opportunities for over 18’s. If you could see yourself working alongside the festival and having the chance to see some of the biggest acts music has to offer, make sure you keep up to date with volunteering information here.

More information about Leeds Festival can be found here.

Check out our festival highlight’s from Leeds Festival 2019 here.