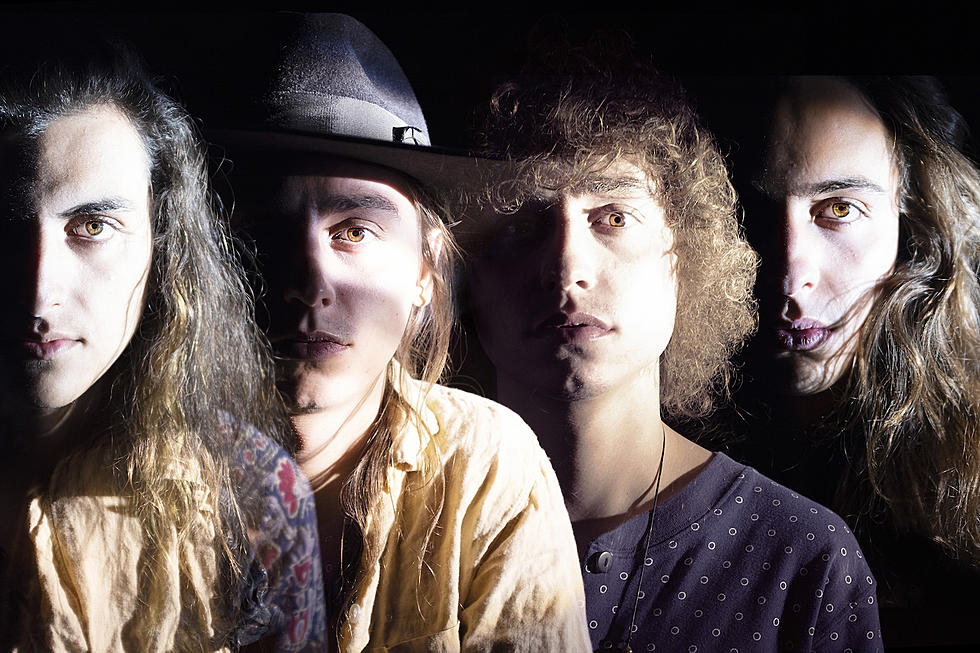 In the age of the Internet, news travels faster than the speed of light so it can be easy to get lost trying to keep up with what’s coming next. To help keep you up to date and shine a light on some great artists, here’s a list of upcoming releases you should check out!

Greta Van Fleet are returning with their sophomore album, and their intentions to expand their creative identity are at the forefront of this release. Plagued by Led Zeppelin comparisons since they burst onto the scene, this record has been described as darker, cinematic and more complicated than their prior release and it’s ‘worldly’ feel is set to be a departure from their initial Blues-Rock sound. Recorded with Greg Kurstin (Foo Fighters, Liam Gallagher) on production duties, singles: My Way, Soon, Age Of Machine, Heat Above and Broken Bells are out now.

Let the Bad Times Roll is the long-awaited 10th studio album from The Offspring and is their first without original bassist Greg K. Recorded with Bob Rock (Metallica, Bon Jovi) over a seven-year period, making this the longest gap between releases from the Californian group (previous record, Days Go By was released in 2012), the process was inhibited by grueling tour schedules, legal issues and an exit from their former label Columbia Records, who they had been with since 1996. Singles Coming For You and Let The Bad Times Roll are available to stream now.

While She Sleeps – Sleeps Society

While She Sleeps are back with their fifth album, Sleeps Society and the Sheffield quintet are set to launch it on their own record label, Sleeps Brothers. The record was announced alongside their new membership scheme on Patreon which shares the same name and allows subscribers access to exclusive perks from the band like secret shows, playthroughs, podcasts and much more. Deryck Whibley of Sum 41 and Simon Neil of Biffy Clyro are set to make appearances across the album. Singles Sleeps Society, You Are All You Need and Nervous are available to stream now.

Fortitude is the highly-anticipated seventh album from the French metal group Gojira, who Metal Hammer label ‘one of the most important metal outfits on the planet‘. Recorded at singer Joe Duplantier’s own Silver Cord Studio in New York and self-produced, the band put this record together in between festival runs after graduating to headliner status off the back of the critically acclaimed Magma in 2016. Singles Another World and Born For One Thing are available now.

Royal Blood are releasing their third album, Typhoons, with the mission to get a little funky. Described as ‘Disco AC/DC‘, their self-produced latest effort sees them depart their trademark heavier sounds and tread new ground by exploring dance music influences. Already featured on FIFA 21 and NHL 21, singles Troubles Coming and Typhoons are available to hear now and are another step of creative evolution for the Brighton Duo.

Van Weezer is the upcoming 15th studio album by Weezer and the record is earmarked as a return to ‘Big Guitars’. After noting the crowd’s reaction whenever he’d play a shredding guitar solo during Beverly Hills live, Frontman Rivers Cuomo decided to work on a heavier rock record that would translate better in stadiums for the Hella Mega world tour they were set to go on with Green Day and Fall Out Boy. Singles The End Of The Game and Hero are available to stream now while the song Beginning Of The End was featured in the 2020 film Bill & Ted Face The Music.

Myles Kennedy – The Ides Of March

So, it turns out that even a pandemic can’t stop the hardest working man in Rock. The Alter Bridge frontman and singer for Slash‘s solo band is releasing the followup to 2018’s Year Of The Tiger and promises plenty of guitar silliness as he tells Download TV, “this is my opportunity to venture more into the more bluesy realm – especially as a guitar player. With that said, it’s a little louder – it’s much more plugged in. It rocks a little harder”. The release has been preceded by In Stride and The Ides Of March which are both available to stream now.

Waterparks are back with their fourth album Greatest Hits, the followup to 2019’s Fandom. A rising star, their brand of Pop Rock has been spreading slowly with the help of a very active fanbase and stars like Mikey Way of My Chemical Romance and the Madden twins of Good Charlotte have joined them on record and on tour so far in their career. Their first release on 300 Entertainment, the record is preceded by the singles Lowkey As Hell and Snowglobe.

Wolf Alice are returning with their third album Blue Weekend, the followup to 2017’s Vision Of A Life. While co-hosting with Annie Mac on BBC Radio 1, news of the record dropped alongside the single The Last Man On Earth which is available now.

Something that will raise eyebrows for a lot of rock fans, the debut effort from Wolfgang Van Halen is set to drop soon and the world is waiting to see what he can do. The son of the late, great Eddie Van Halen, he’s spent the past couple of years on this record with Michael Baskette (Alter Bridge) on production duties with every instrument self recorded. The first single, Distance was released in the wake of his father’s passing in November 2020 while You’re To Blame arrived in February 2021 along with an official announcement. While many will debate whether he can carry the legacy of his fathers name, he’ll do just fine carving out his own path.

We hope you find your next favorite album on this list, let us know what you’re looking forward to! Here’s a Spotify playlist so you can get adding your favorites straight away!