You are here: Home / Culture / Music / Jetty Bones – ‘Push Back’ review: “An exploration of imposter syndrome and mental health” 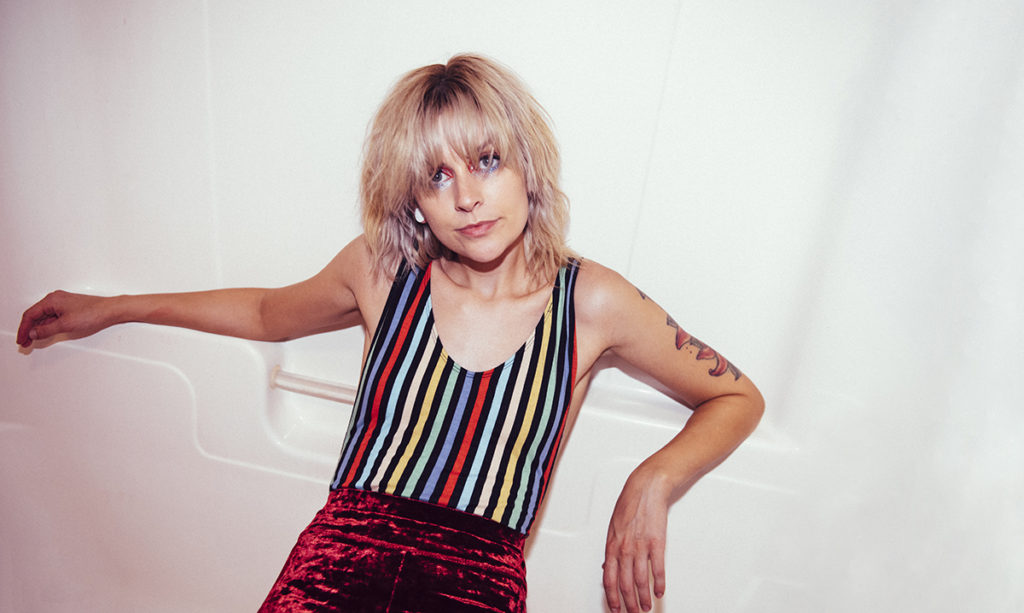 Describing it as a “contemplative journey of imposter syndrome and mental health,” Jetty Bones, aka Kelc Galluzzo, released her debut full-length album Push Back on the 26th of February.

The album is a cathartic release of emotion for Galluzzo, which delves into the exploration of her own struggles with self-love, relationships, identity, and more, as she presents the truest version of herself to her listeners.

However, Push Back isn’t all doom and gloom – it instead, offers a diverse track-list list, that is an honestly liberating account of her experiences. With recordings mapped out in 2019 featuring on this album, it was a long process in the works.

Galluzzo explains: “I started focusing on my mental health, followed my own medicine, practised what I preached, and actually took care of my brain.”

‘Waking up Crying’, opens up the album with a strong sense of comfort, as warm guitars and echoing vocals create a feeling of coming of age In this track, Galluzzo lays down the foundations for the tone of the Push Back.

As she sings, “I would laugh but I woke up crying,” Galluzo opens an honest conversation that adds humour and realism to the difficult experiences of handling emotions. With a clear 90s influence, this relaxed indie-rock track is the perfect opener for the album.

There’s a clear battle between message and sound throughout the album, with some of the most energetic melodies finding themself home to lyrics rather despondent. But that’s what’s so refreshing, as this disparity happens organically and seamlessly bonds together Galluzzo’s battle with her two selves.

The second track, ‘Nothing’, contains an energetic, synth-heavy 80s influence that is impossible not to groove along to – before you realise Galluzzo is singing the question: “I don’t know if you want me to run, or if I should be fighting for my life.”

Following the announcement of her LP earlier this year, she released the third song on the album, ‘That’s All.’ One of the shorter tracks, at 1:54, ‘That’s All’ teased fans with a taste of the realness to follow in Push Back as Galluzzo explores the boundaries of what it means to have healthy communication levels in different relationships.

A smooth transition is made into more melancholy numbers towards the middle of the album, with a slow, balladesque piano introducing ‘Ravine’ as her elevated vocals confess: “And I can feel the alcohol kicking in.”

Whilst there’s a clear sense of growth throughout Push Back, and a change in what has influenced Galluzzo’s sound, her music still very much encapsulates her earlier sound.

Last on the album is ‘Bug Life.’ Somber and full of raw emotion, it’s as if the slower track embodies all the unleashed sentiment within the album, and allows time to reflect upon her journey. As Galluzzo’s vocals echo, hugged by her harmonies and sit softly on top of acoustic guitar, the album is brought to a close.

Laugh with her or cry with her, the album lets you know you’re not alone. A seamless blend of emotion and music, listening to Push Back is like being let in on an honest diary entry, as Galluzzo continues to be unapologetically herself.