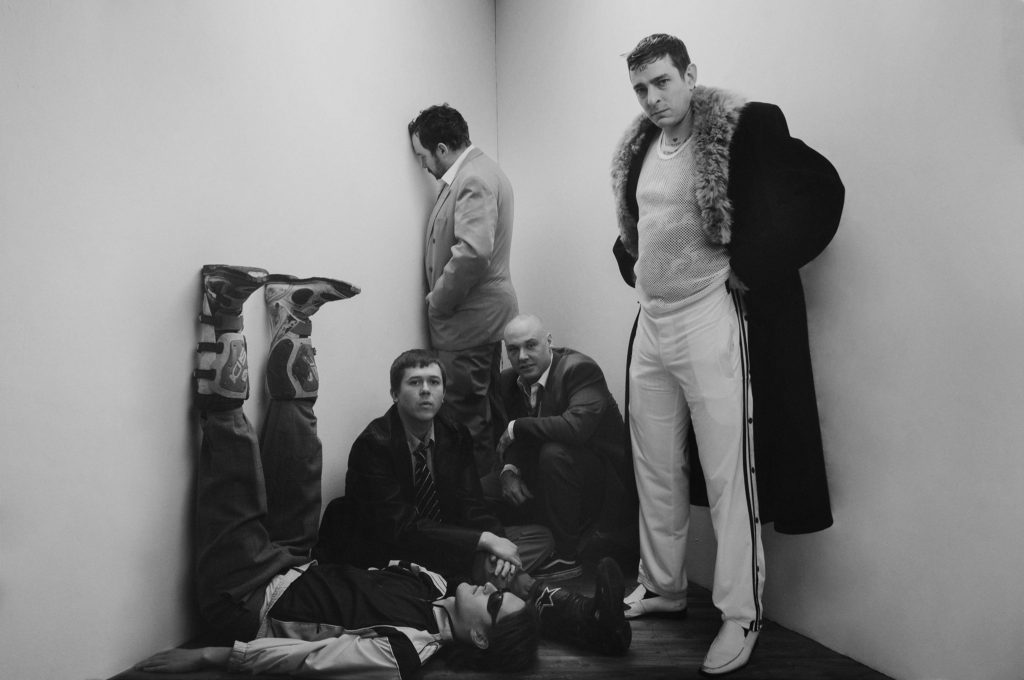 Viagra Boys latest album, Welfare Jazz, was released earlier this year to mark the start of 2021 with a satirical, messy post-punk notion.

Two years on from their first album, Street Worms, the band have gained cult-like status among their fans and their live performances have become a spectacle of hedonism and drunken antics.

Similar to other post-punk bands, such as Idles, they have used their music to critique toxic masculinity, classism and societal issues as a whole. These themes are prevalent on both Street Worms and Welfare Jazz.

Welfare Jazz shows the band’s ability to mock themselves and reflect on a variety of topics. The opening track ‘Ain’t Nice’ kicks off the album brilliantly. The use of synth-pop and the descriptions of a chaotic relationship further the discourse on Street Worms while taking the band into a new realm both musically and lyrically.

In an interview with NME, frontman Sebastian Murphy said: “A lot of Viagra Boys is creating this f***** up fantasy world that I made up in my head, with all the images of dogs, shrimps, spies and weird shit.”

“There was one song that I wanted to get on there, but the others disagreed. It’s called ‘Pig Farm’ – they all thought the lyrics were too gross and sexual.”

The album presents Murphy’s weird, strange and somewhat grotesque imagery. At times the album feels as though it’s been written by a Clint Eastwood character from an old western, who’s sat in a rocking chair reminiscing about the past. The use of jazz, country and electronic make Welfare Jazz fun and exciting. With each track, it’s hard to know what to expect. The constant undertones of satire and dark humour are prevalent on every track. Lyrics such as: “We don’t have jobs, yeah, we don’t bother” are almost a mockery of the band’s own working-class roots.

The band collaborated with Y2K Punk Icon, Amy Taylor of Amyl and The Sniffers, for a cover of American country musician John Prince’s 1999 song ‘In Spite of Ourselves’.

Speaking to DIY Mag about the collaboration, Amy said: “I was so excited when Viagra Boys asked me to do a duet with them. Sebastian is a classy man but let’s be true, we’re both insanely feral and gross, so the lyrics are perfect, I love tomato sauce and have a foul mouth so it’s like he’s singing right to me, what an honour.”

‘Girl and boys’, is certainly a future floor-filling track, the off-key use of saxophone and synth, will throw you into the chaotic nature of Viagra Boys.

Finishing off the album with ‘In Spite of Ourselves’, rounds up the experience of Welfare Jazz. The use of country music feels as though the song is an inside joke, making fun of American mainstream culture. The album is a celebration of insanity and the band’s own exploration of breakups, society and navigation through the uncertainty of modern times.

The band also gave a shout-out on Twitter to Iggy Pop, who without a doubt has played a massive influence on their work.

The band hope to return to touring later this year and have already announced seven UK headline shows:

Welfare Jazz, is available to stream on Spotify here.

You can keep up with the band via their social media: