You are here: Home / Interview / Manchester / Music / Interview: Marcus Connolly on Navigating the Music Industry in 2020 as an Independent Artist 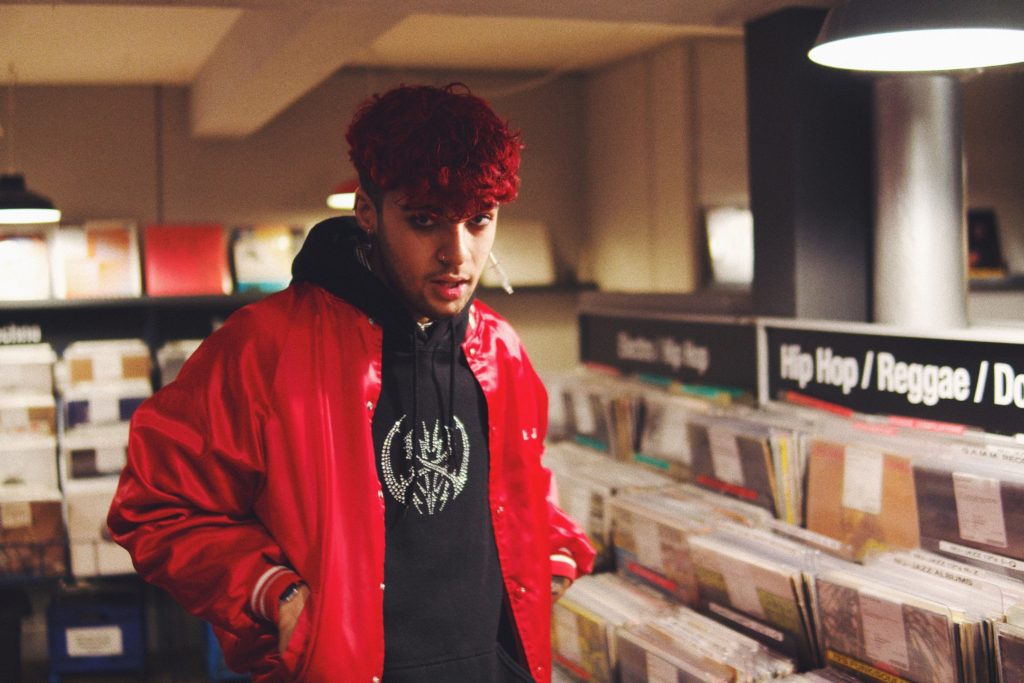 Marcus Anthony Connolly began making a name for himself on the internet from vlogs and videos on experiences in his life in late 2016. He developed a small online following, but it wasn’t until 2018 that he decided to branch out from video content and began working on music of his own at the age of 19.

In February 2019, after releasing three singles on his own, Marcus was offered a distribution deal from AWAL – a new age distributor under the record label Kobalt Music – who he now distributes music under, while still remaining independent.

Marcus previously spoke to aAh! magazine in April 2019. Nine months on, he’s produced more content and continued to build his platform. He recently agreed to be interviewed again, and discussed what he’s learnt about the music industry since his first interview…

Since our last interview, you’ve had more experience in the music industry. What have you picked up on in that time?

I’ve learnt a lot about self-management and what it takes to be an artist. It’s not just about putting out a project, it’s a lot of technical things that go with releasing music now. You can just put a project in 2020 and have it live on the internet, which I did with my first release. I’ve learnt to take the music industry a lot more seriously, and I’ve learnt that it is a game as well.
The music industry is a game, and you’ve just got to play it. But also, that things have to be strategically planned if you want it to do well. You need to know how playlists work, how Spotify works, and how pushing an artist works in 2020.

You mentioned 2020 in your answer, but what does it mean to be an artist in this digital age of music?

It’s a really liberating place to be. You have more control over your career, a lot of artists nowadays are coming out with their own concepts. Years ago, it would have been record labels and industry people controlling how artists were perceived. Now, there’s a lot more freedom with being an artist.
There’s a lot more space to be an artist, you can put stuff out with distributors. The one I’m with, AWAL, they promote artists in a way that’s new. Nowadays the music industry is so fast, everybody moves so fast. They want as much music as possible, which can be good for the artist – a lot of them work fast anyway.

How do you think music will change over the course of the 2020s?

I think it’s going to be a lot more short-form, I don’t think songs will be any longer than two minutes, fifty seconds. There’ll be less albums and more singles unfortunately. I say unfortunately, because I love projects. But there’s not really a market for it anymore. There’s definitely still a space for it, you just have to establish yourself as an artist first. There’s going to be a lot of marketing geared towards singles, and a lot more pop hooks. The new Justin Bieber song ‘Yummy’ is going to be the sound of the 2020s, I’m sure.

In the time you’ve been making music, people have lumped you in with the ‘queer music scene’. Whenever you’re mentioned in a tweet, it’s usually in the context of, “Here’s some queer artists.” What do you think it means to be part of this scene and are you happy to be a part of it?

I’m definitely happy to be part of it, but I do also see myself outside of that. I am a queer artist, I identify as pansexual. But I don’t use being queer as a marketing technique. I’m just me, I’ve always just been me. It’s not a bad thing I’ve not been put in with that group.

The music for my first project was very queer. It was ‘in your face’ and very ‘pop-tastic’, so that’s probably why they loved it and I’ve been put in that category. And I’ve made a lot of friends through that, so it was the best thing that could have happened with my first project. But I do want to move away from that.

With regards to new projects, you have a new single coming out. Do you have a release date for that?

Valentines Day, so February 14th. I’m not working on an album, it’s more of a project. It’s going to be a mixtape, and I think I’m going to release in parts. The next single about a break-up, and not being over that person, being emotional about it.

The next project is a lot deeper than the first one, which was about partying. This is more introspective.

So, there’s a mixtape on the horizon but you don’t have a release date set in stone?

Not yet, but I do want to put it out around summertime.

What is the process behind making a song for you – do you start with the lyrics?

I’m starting to get to grips with how I write. I’ll get a beat sent to me, and I’ll write over that. But a lot of the time, unless the song clicks with me, I’ll just scrap it. I’ve written a lot of songs recently and the ones that click tend to be the most personal.

I’ll usually do a mumble track, and I write over that. Sometimes the beat will inspire the sound, like “Oh that song should be about a party, that one should be about a breakup.” It’s very all over the place, it depends. I’ve been working with more people recently, so it’s been more eye opening to see how other people work.

I think that’s important because as a young artist, you can learn how to work with other people. Independence is good but you’ve got to work with people in this industry.

In your time doing music in Manchester, where have you found to be the best venues for performing? Where are the places to go if you want to network?

There a lot of good networking events in Manchester. There’s Big People Music, they always set up events. I’ve been to a couple of them, and it’s great for people of colour as well. A lot of the time the industry is focused on richer kids that have the money to do this sh*t, but there are ways around it. It’s about who you know as well.

The best venues? Band on The Wall is pretty good. Gorilla, I went there for a gig the other week. In terms of actually getting gigs as a new artist, it’s pretty difficult. What I do is open mics and occasionally a gig.

I have one coming up soon, I don’t know, but that’s one of my goals for 2020 – to play more gigs. I want to get more known in the Manchester scene. Everything I’ve released so far has been very internet based, and going forward I want to do stuff geared towards the local trajectory.

Marcus’ next single Drippin’ will be out on February 14th on all streaming services. Learn more about his music over at www.thisismarcusconnolly.com/