You are here: Home / Lifestyle / Travel / Here are the Top Tips and Tricks for Studying Abroad 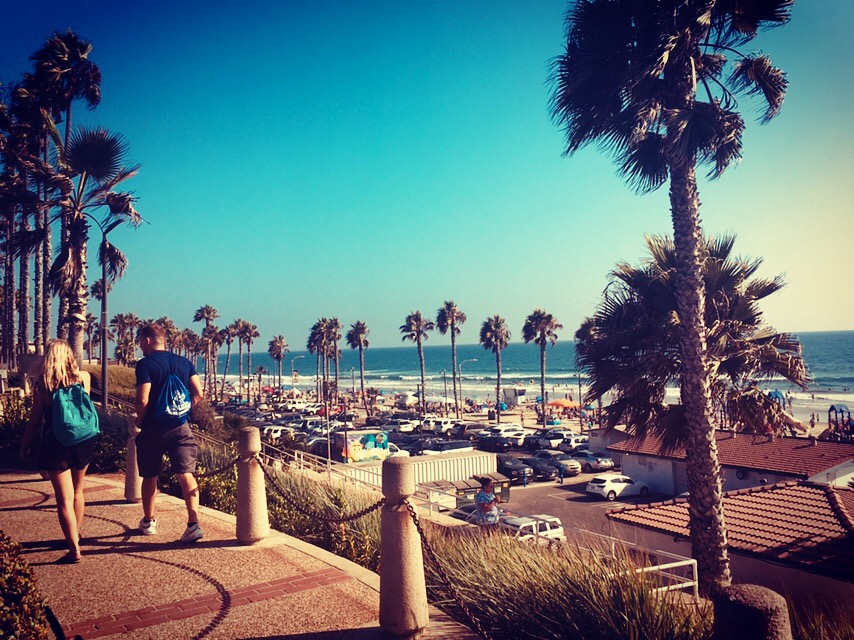 In August 2018 I flew out to California to start my study abroad program at California State University, San Marcos.

I travelled for three weeks after my academic year finished and flew home in June 2019. It was one of the best experiences I have ever had and something I would thoroughly recommend it to anybody.

There were, of course, ups and downs, so that’s why I’ve compiled a list of tested tips and tricks that I picked up along the way.

Do your research and prepare

Some lessons are learned from experience. Other times, you’ll find your own solutions to problems, and many are just solved through preparation.

I know people who have had unrealistic expectations about where they’ve gone because they’ve not done enough research. Look at the weather for example, if it’s cold, how cold does it get?

Even though I went to California, I still packed jeans and a hoodie because it gets moderately cold there. Don’t be that person who has to buy everything upon arrival, as you’ll only have to give it all away again before you fly home.

Think about luggage space too. I travelled with two bags because I’m an over-packer and freaked out when I had filled my initial bag and still had loads left to fit in, so for me, two bags were needed.

However, because I went travelling for three weeks afterwards, I couldn’t take both bags with me unless I wanted to pay for an extra bag for every bus and flight journey – I had to be brutal and give loads away.

If that’s not something you’re prepared to do, pack efficiently!

Make the best of your time

I would highly recommend travelling after you finish your academic year; most visas will allow a grace period of a month. Look at where you want to go beforehand. Remember you can travel during the academic year too, like during weekends and holidays.

Before I went to California I sat down and wrote a list of places I wanted to visit. Again, be realistic. It’s easy to forget how big other countries are compared to England, and how long it can take to travel to different places.

For instance, in the United States, you have to be 25-years-old to rent a car and you might be able to rent one younger than that depending on state rules, but the insurance will be a lot higher.

Take advantage of discounts you get as residents

Residents in Southern California get discounts to almost all the theme parks in the area. We got a three-day pass to Disneyland for a big discount!

Before I had even joined Manchester Met I knew that I wanted to study abroad. So, I got a job, and half of my pay each month went into a savings pot. Alongside this, I asked for money every birthday and Christmas leading up to my departure. Every little bit adds up.

This one I learnt the hard way. It’s easy to overspend when you’re just visiting and travelling and trust me, I spent a lot of money unnecessarily.

My advice would be to budget the same as if you were still at home, but write down a list of things that you definitely want to do and focus on spending the money on those things.

Part of doing research is seeing the monetary value of the Pound Sterling versus the other currencies, and how expensive the place you’re going is, even just doing your weekly shop might cost you a lot more.

Look at the laws of the land before you go

The drinking age in the US is 21-years-old and they take underage drinking very seriously. Alongside this, many countries (including the US) have laws against jaywalking – walking across the road that’s not a zebra crossing, or crossing while the light is still red. Many students studying abroad get told off for it.

Cringey but true, obviously you still have to work hard and go to uni, but make the most of it. My advice would be to completely immerse yourself in the experience and the culture: travel, talk to people, join clubs and go to events. It won’t always be easy, and you’ll have bumps in the road as you would at home, but it will all be worth it!