You are here: Home / Culture / Entertainment / Film / 5 Christmas films everyone should be watching 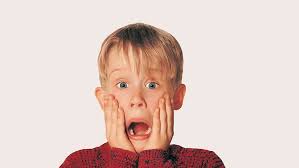 Forget Channel 5’s weird afternoon Christmas films and your mum’s Netflix favourites, i.e. A Christmas Prince or A Bad Moms Christmas (each to their own), these are the five festive films you ought to be watching…

Albeit a dated choice, It’s a Wonderful Life encompasses feelings of despair and joy which naturally accompany the festive season. The festive period is arguably the perfect time to conduct some self-reflecting and to focus on what really matters. Right? If this is true for you, as it is for George Bailey, (James Stewart) our suicidal protagonist, then this is the film for you. As a victim of the forces of capitalism and pressures from the corporate world, George is about to end his life when he is rescued by his guardian angel, Clarence (Henry Travers). Clarence takes George on a reflective journey to see what his town would have looked like had it not been for his good deeds over the years. Despite the obvious cheerfulness, this film continues to return every year. Merry Christmas!

Michael Caine stars as Ebenezer Scrooge in quite possibly the best version of Mr Dickens’ classic. It’s the same dark tale of Scrooge’s self-discovery through reflecting on his past, observing his present and considering the future – just with Kermit the frog and Miss Piggy playing Mr and Mrs Bob Cratchit. For those who envy a classic Christmas tale, a reflection session along with some top-notch comedy, then this is the film for you.

Known for his dry wit and deadpan delivery, Bill Murray stars as Frank Cross in this modern take on Charles Dickens’, A Christmas Carol. The same classic tale, only this time Ebenezer Scrooge is presented as a cynical and extremely selfish television executive. His selfish nature has resulted in the loss of the love of his life, Claire Phillips, played by Karen Allen. After unnecessarily firing a staff member on Christmas Eve, (the modern day Bob Cratchit) Frank is visited by three ghosts who each give him a chance to right the wrongs of his past.

Within each film, some serious questions need to be addressed. Firstly, how can a family make it all the way to the airport and onto the plane without realising they have a child missing? Secondly, how can they let this happen again the following year? None of these questions really matter because both films are two of the most festive films, and it’s easy to see why. Young Macaulay Culkin plays Kevin, an eight-year-old boy who, in the first film has been left at home while his family leaves for France. In the second film, Kevin gets on the wrong plane and ends up in New York while his Family leave for Florida. Within both films we are treated to some serious slapstick comedy as Kevin defends himself against two thieves (Daniel Stern and Joe Pesci).

Extra laughs: Reminisce how Piers Morgan was forced to deny he is the pigeon lady from Home Alone 2…

Last but by no means least, Elf, a family favourite for all the right reasons. Elf has everything you need to feel maximum joy: Will Ferrell, New York at Christmas time and Zooey Deschanel’s soothing rendition of ‘Baby it’s Cold Outside’. Buddy, played by Will Ferrell, is a human adult who was adopted by elves as a baby and raised in the North Pole. Once he discovers that he is not in fact an elf, he travels to New York in search for his biological father, Walter, played by James Caan. It is Ferrell’s childlike humour and innocence which give the film it’s heart-warming feel.