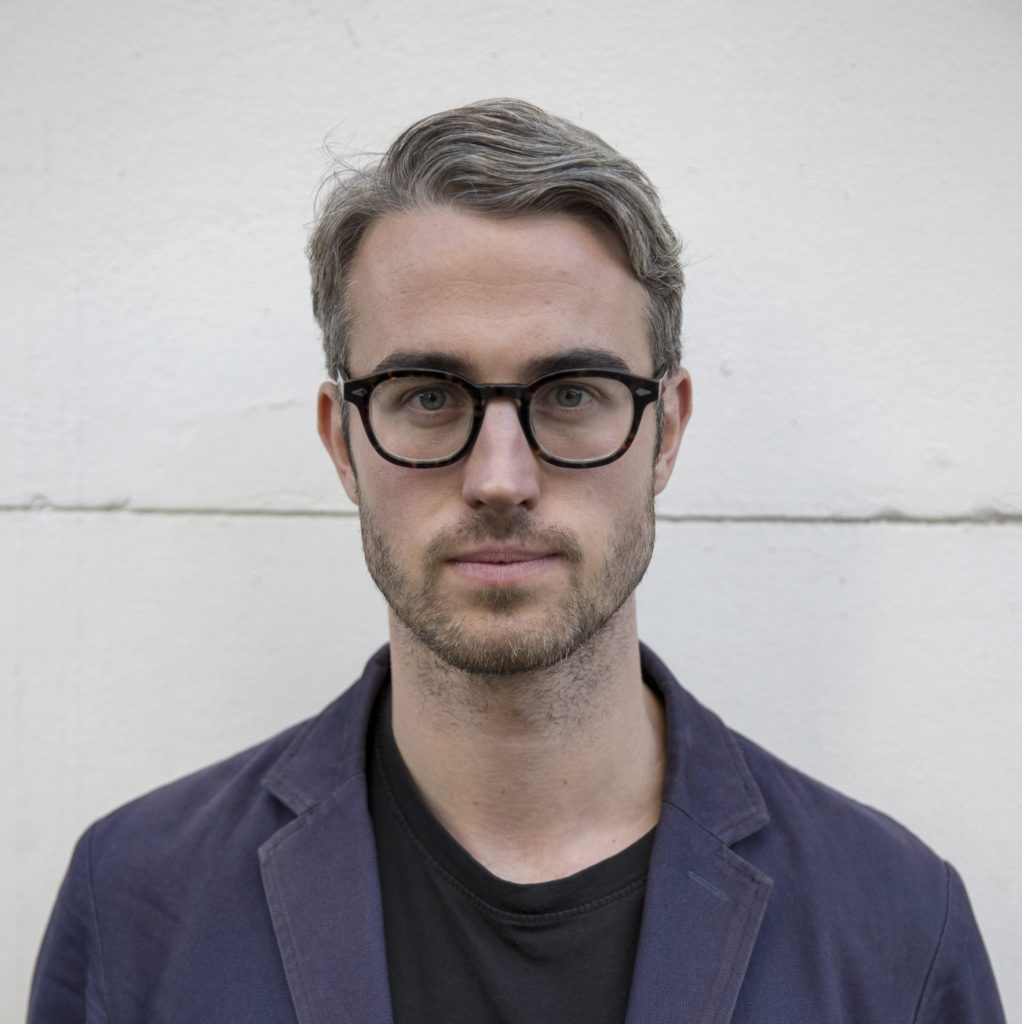 aAh! Magazine catches up with Adam O’Riordan on how he is tackling creativity during the pandemic.

O’Riordan is the youngest Poet-in-Residence at the Wordsworth Trust and the winner of the Eric Gregory Award (2008) and the Somerset Maugham Award (2011).

He is the author of the poetry collection, In the Flesh (2010) and A Herring Famine (2017), as well as his collection of short stories The Burning Ground (2017). He spent years in the publishing industry with Enitharmon Editions and Penguin Random House before turning to full-time writing, he contributes to The Guardian, the Sunday Telegraph, The Observer, and the Financial Times among others.

What are you reading/watching/listening to in order to stay inspired and keep your creative juices flowing while in quarantine?

“With a two-year-old and a four-month-old there’s not been a huge amount of time for quality television. Our lockdown Netflix follows an orthodox trajectory from Tiger King to Selling Sunset, high watermarks for contemporary true crime and curated reality. “

“The documentary Berlin 1945 on BBC iPlayer was governed by a sensibility and worldview which felt very un-English. Seeing World War Two and the fall of Berlin from a different perspective was stark and very moving. The Storyville documentaries, are consistently excellent – Dolce Vita Africana, about the photographer Malik Sidibé, was life-affirming. And of course, Peter Rabbit, Paw Patrol and PJ Masks seem to be on constant rotation somewhere within my field of vision or hearing!”

“Music-wise, Schumann’s Gesänge der Frühe has been my late-stage lockdown anthem. Nils Frahm’s All Melody is my most played album both this year and last. I also listen to a lot of Max Richter, too.”

“I’ve been reading Lawrence Durrell’s Prospero’s Cell about his time in Corfu as well as Amateurs in Eden, a double biography of Durrell and his first wife Nancy, written by her daughter. It’s such a wise book and so forgiving of both protagonists. They are just young people finding their way in the world and their art. I was in tears by the end. “

“The Man in the Red Coat by Julian Barnes was a masterpiece. William Boyd’s Trio, a masterclass in terms of pacing and multiple point-of-view narration, with a brilliant final forty pages which pull it all together effortlessly. David Szalay’s interlinked book of short stories Turbulence is, I think, in some ways even more of an achievement than his Booker-nominated All That Man Is. I think across the two books you see a novelist go from being really, really good to being absolutely stellar. I can’t wait to see what he does next.”

Between the two kids and Paw Patrol running in the background, do you have a favourite place where you sit and write?

“The space under our front door, which was once a coal cellar, is now my writing room. It’s about the size and depth of the hole you’d dig for a coffin, though very bright and warm and ‘unfuneral’ with a little window, where, if you look up, you can see peoples’ feet as they approach. But I write all over the house really, I think it’s important not to be too fixed on one place.”

How has lockdown changed your creative process?

“I had a good run of days during Lockdown 1.0 and before its Offspring 2.0 where I would get up at about 6 a.m. and write for a couple of hours on a bench outside or in the kitchen if it was too cold. I was writing the opening of a new novel long-hand but I also downloaded a piece of software called Scrivener which allows you to keep lots of research material images, links, files etc in one place alongside the text.”

Are you finding it easier or more challenging to stay motivated?

“I think I’m fairly motivated. I feel like the longer you spend writing and thinking about writing and talking to other writers about their writing, the more you come to realise, in a sort of embodied way, that the process is all you really have. Publication, reviews etc are only a tiny part of that. The more you can minimise their impact the better, though easier said than done.”

Does it feel like a forced acceptance or are you embracing this lull?

“Hasn’t really felt like a lull to be honest. Everything has sort of collapsed in on itself so there are no transitional moments anymore, like the walk to or from work or the space between tutorials or meetings. Some days I’ll go from writing, to teaching, to changing a nappy with no space at all in between.”

Do you have an established routine that helps with your creativity?

“I spend a lot of time looking at photographs sometimes for research but mainly just for pleasure. There’s a shot in the archive of German photographer August Sander – “Garden Party, 1928” – I’ve been looking at it a lot recently. It captures a group of artists and their friends, many of them the subjects of his other photographs. There’s festoon, bunting, boaters, painted faces, and a duck of all things right in the middle. It’s a big unruly brightly flash-lit group shot. I just love it. It reminds me of the parties I used to go to in the annex of the old Cornerhouse with friends from the Manchester School of Art.”

Have you noticed a change in the subject or style of your work?

“Not really, though the question makes me think of that W.H. Auden line ‘And each in the cell of himself is almost convinced of this freedom’. Carol Ann’s Write Where We Are Now project has been a brilliant sounding of various poets’ responses to lockdown, as well as being a sort of new form of anthology. She’s so good at seeing these opportunities and we’re so lucky to have her as the Creative Director of the Writing School.”

If you don’t mind sharing, what have you been working on while under lockdown? Any new works coming out soon?

“Some new poems – about fatherhood, the last castrato and the fate of the zoo animals during the Siege of Paris and also the start of a new novel. My last one took several years longer than expected so I’m hoping for a slightly swifter journey this time but just to be working on it feels good.”

Any advice to help others stay creative while in lockdown?

“It’s always good to get out of the house and take a walk. So much is about developing and sustaining habits. Get up an hour earlier than usual for a week and write – it can make a difference. Also take time to enjoy and savour what other people have made, written, composed, created. It’s so nourishing and sustaining and so easy to lose sight of when you’re too caught up in your own work. I guess to couch it in slightly New Age-y terms, it’s about developing gratitude that so much good work exists and is easily available.”

Keep an eye out for our next Creativity in Lockdown interview which will run in January. You can find more interviews in the series here.