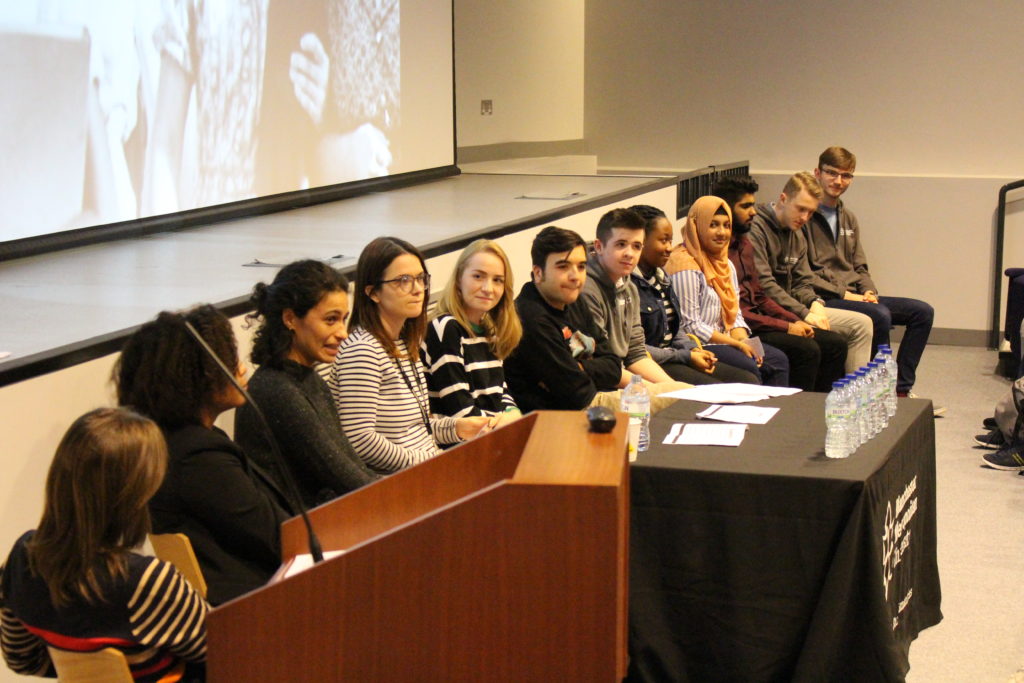 Leading academics and activists urged students to join the fight against modern-day racism in a series of talks at a sixth form conference on Wednesday.

British and American academics presented their research into Civil Rights activism of the ‘Past, Present and Future’ at the Museum of Liverpool, alongside advice on how students can learn from history and campaign for racial equality on a local level.

The event was organised by Manchester Metropolitan University in partnership with the Centre for the Study of International Slavery, to commemorate the 65th anniversary of the Brown v. Board of Education decision, which ruled racial segregation in American schools unconstitutional in 1954. It was set up as part of Black History Month and funded by the US Embassy and the British Association for American Studies (BAAS).

Catherine Clinton, author of numerous academic and children’s books, previous consultant to Steven Spielberg’s film ‘Lincoln’ and Denman Professor of American History at the University of Texas at San Antonio, spoke at the conference about the ‘unsung’ women involved with the early Civil Rights Movement.

She told aAh! Magazine that she hopes “[students] get involved with grassroots organisations.”

“Civil disobedience is never out of fashion [and] we need to have more of it. I think extremism can result in reform. How that happens is by people knowing how the individual can create a change,” she said.

“If you feel that history is acting on you and you are a helpless person pulled into the current of events, you need a historical perspective to look back and see the struggle. Nothing is achieved without struggle.”

Clinton added that she has concerns about “history repeating itself”.

“We tolerate all political stripes and yet, are we going to have another witch-hunt?

“America is looked upon as a beacon of democracy and open society. To see the closed borders, the closed minds, it’s really hurtful. I’m seeing a frightening situation on both the Right and the Left.

“I’m [also] in some concern with the concept of invoking safe spaces and trigger warnings,” she said.

“I do feel that American, and perhaps UK institutions, are in a very delicate situation because the open discussion of any issue that is controversial is causing quite a backlash. How can you have a discussion if you never discuss anything?”

Ameen Hadi, Joint Secretary of the North-West Stand up to Racism group spoke at the conference about modern-day racism and politics, telling students to “challenge things they believe are wrong”.

“When you are involved in fighting injustice, it’s isn’t just the people that lead the campaigns that make a difference, [but] the ordinary people who get involved at a grassroots level. They are in a sense the true heroes,” he said.

“We need to create an atmosphere where we don’t let racism flourish. Where we don’t say it’s acceptable to treat other human beings differently because of where they come from or the colour of their skin, religion, race, gender or sexual orientation. We have to show that we want to live together in some sort of harmony. We are the majority so we should be able to change this society.”

“We are living in a more polarised world than ever”, he said, adding that “any little act by any single one of you can make a difference to civil rights in the future.”

Hadi was involved in the Stephen Lawrence campaign and protested to stop the wars in Iraq and Afghanistan. He was also involved in defeating the British National Party (BNP), English Defence League (EDL) and Tommy Robinson’s political campaigns.

Dr Michell Chresfield, a lecturer in United States History from the University of Birmingham and another speaker at the event, told aAh! Magazine: “In this current moment, there is lots to be very anxious and scared about, but I think it is worthwhile to remind ourselves of the times where other generations felt the same thing, you can come out on the other side. Ordinary people can do really powerful things.”

The conference concluded with a discussion panel between academics and student representatives from Manchester Metropolitan University. It featured topics such as the effect of social media, Brexit and President Donald Trump’s election in the US on growing racist mentality in the West, alongside the parallels between early activism in the Civil Rights Movement and anti-racist campaigns today.

Amy, a student representative from the panel told aAh! Magazine the conference had been “really important” for students.

“It’s nice how willing people were to bring up politics”, she said.

“Often that’s something that people quite like to avoid because it’s so contentious, especially at the moment with Brexit and Trump and everything that’s happening. [But] it was brought up quite a lot and I think that’s really good.”

Simon, a student from Pendleton Sixth Form College who attended the event, told aAh! Magazine, “I thought it was interesting to hear all of these opinions.”

“Honestly, this whole debate [provided] a new view on Civil Rights and racism as a whole”, he said.