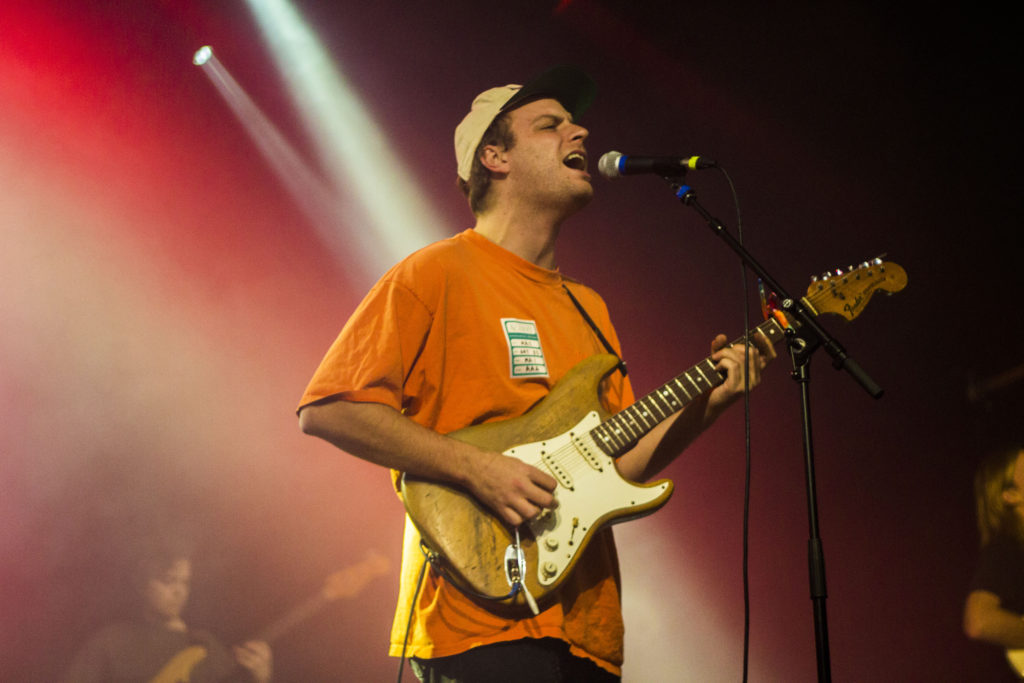 The Canadian king of chill, Mac DeMarco, will soon embark on a headline winter tour across the United Kingdom to promote his latest album, Here Comes The Cowboy (2019), stopping off at Manchester’s O2 Apollo on 23rd November.

The 29-year old singer-songwriter will also play his very first headline arena show in the UK at London’s Alexandra Palace on 21st November.

Moving away from the cramped bedroom corners where his previous records were born, Demarco’s fourth full studio album, Here Comes The Cowboy, released in May, was produced in a converted garage at his new home in Los Angeles. DeMarco performed every instrument on the album other than keyboards, which were covered by fellow artist Alec Meen, and finished the record in just a fortnight.

“Approachable and never too serious”, according to Pitchfork, DeMarco is best known for his back catalogue of soft, dreamy rock records dating back to 2012, with Rock and Roll Night Club EP and 2. He found his major break-through with 2014’s Salad Days, followed by Another One (2015) and This Old Dog (2017).

Here Comes the Cowboy has been described as “mellow-gold melancholy suspended over plaintive guitar plucking or bossa nova smoothness” by Rolling Stone and received a four-star rating from NME. The record managed to secure a spot at No. 23 in the UK album chart and No. 10 in the US billboard chart.

Alongside a history of eccentric stage antics and relaxed trademark persona loved by his fans, DeMarco will be bringing a ray of psychedelic indie sunshine across the pond to the wintry UK this November. “The venues are a lot bigger than I ever thought we’d be playing. I’m not as interested in just getting blackout drunk onstage. I want things to sound nice,” DeMarco told billboard.

He’ll be joined by Andrew Charles White on guitar and keyboards, Jon Lent on bass, Alec Meen on keyboards and Joe McMurray on drums during his five-date tour across the UK, before moving on to dates in Australia and Japan.

Tickets can be bought here.