You are here: Home / Opinion / Politics / Opinion: What do rainbow poppies represent? 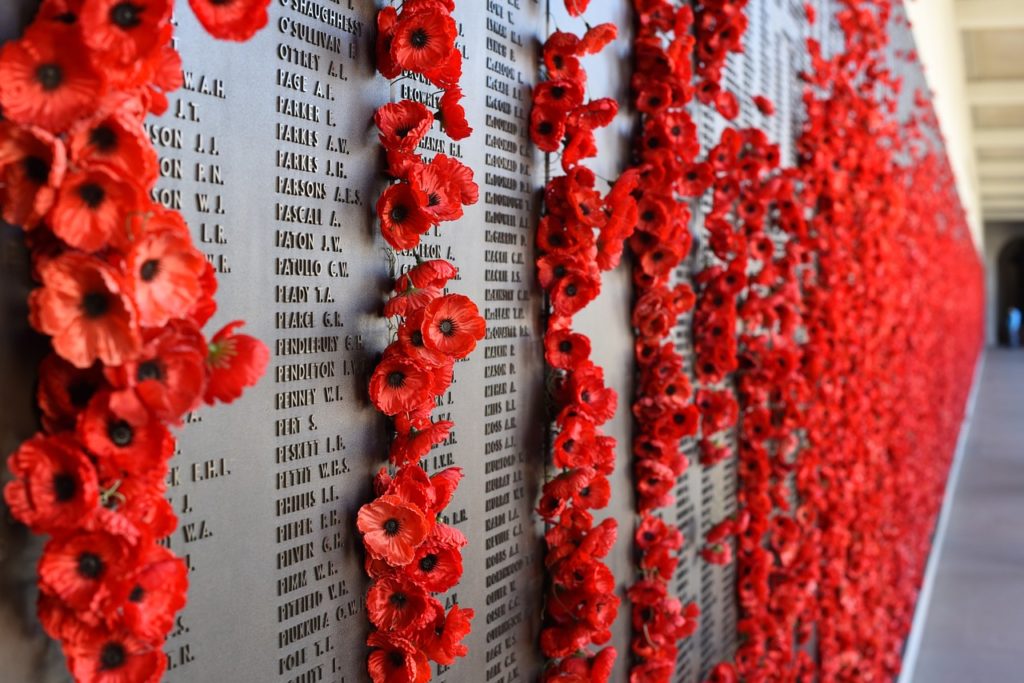 If you’ve walked around the streets of British towns and cities in recent weeks, you’ll have noticed an abundance of red poppies worn upon people’s coats and shirts. Turn on your television and you’ll see more of the same; every TV presenter will be wearing one, as will their guests.

The red poppy is a significant symbol in Britain. It means a great deal to a great many people, for a variety of reasons. For some, it symbolises the sacrifice of a bygone generation who laid down their lives for us to exist free from tyranny. For others, it’s more personal – the poppy represents the memory of a relative lost to war.

The poppy is sold every year throughout October and November to commemorate Remembrance Day, which takes place on the 11th of November. The money put towards buying Poppies goes to the Royal British Legion, who use it to support the Armed Forces community. In 2018, £50 million was raised to aid serving soldiers, veterans and their families.

However, as with many highly sensitive topics, poppies come with controversy – they seem like an unfortunate add-on to Remembrance Day. Whether it be the editorials insisting that the poppy is a symbol of colonialism and warfare, or those in opposition accusing anybody who doesn’t wear a poppy of disloyalty to Britain, the discourse seems increasingly fraught by toxicity and division.

Now, it seems that a new controversy has emerged surrounding the poppy, namely the suitability of a ‘rainbow poppy’. Twitter user @Jiff_Smith22 has gone viral recently for tweeting his opinions on it, claiming that the addition of such a poppy, to pay respect to the LGBT community, is disrespectful.

Evidently, a lot of people agree with him. At the time of this article being written, the tweet has over 18,000 likes.

My feelings on the rainbow poppy have developed from confusion to a place of understanding. Initially, I could definitely see where this Twitter user was coming from – it seemed a little bit like a gimmick. Was this another attempt to shoe-horn LGBT acceptance into a place where it was irrelevant? Was it a way to make money or win brownie points?

But, reflecting on the variety of poppies that are sold and worn throughout the country, it’s clear that not all of them are red. For example, there’s the white poppy (one that also divides opinion), which The Peace Pledge Union have said are worn as a “remembrance for all victims of war, a commitment to peace and a challenge to attempts to glamorise or celebrate war.”

There’s also the purple poppy, which is worn to remember animals such as dogs, horses and pigeons who were often drafted into the war effort. Over 8 million horses died in World War One alone. We even have a black poppy, which pays homage to black soldiers who fought for Britain in the wars, most of whom were from the Caribbean.

The rainbow poppy is just the latest of a variation of colours, and it’s been around for longer than you might think. It had already caused controversy last year when Doncaster Pride posted an image of the multi-coloured poppy on their Instagram page for Remembrance Day. Many people slammed the image and condemned it for ‘being PC’.

Although Doncaster Pride ended up removing the image, a spokesperson for the organisation insisted no offence was intended, telling Pink News: “The post was designed to acknowledge the bravery of serving LGBT+ armed forces personnel and as a mark of respect to all those that have served their country in the past, many serving whilst hiding their true identity. “

“It was also our intention to remember and give thanks for the bravery of every member of our armed forces, irrespective of their sexuality, who by their sacrifices and actions have given us the freedoms we enjoy today,” they said.

The design had originally been posted online by Trudy Nelson, an LGBT poet, who wrote in 2016: “The rainbow poppy is a campaign I’m running to bring attention to the brave soldiers who died for our country during WWI at a time when their sexuality was still criminalised.”

With some light shed on the context of the rainbow poppy, it doesn’t seem half as provocative. Gay men have served in the armed forces long before homosexuality was decriminalised in 1967. It wasn’t until 2000 that they could openly serve. This is no recent phenomenon. The war poet and soldier, Wilfred Owen, is believed by many contemporary historians to have been gay, as was his mentor Siegfried Sassoon. Both these men served Britain on the front-lines at a time when they would have faced punishment for their sexual orientation.

Alan Turing, the computer scientist and code-breaker who cracked the German Enigma codes and is credited with helping end the second world war early, is now widely known to have been gay. Likewise, his castration by the state is seen as a travesty towards somebody who aided their country in a time of peril.

The rainbow poppy is intended to honour soldiers, not deviate from the intended purpose of remembrance – it’s no more offensive than any other variation. Had the rainbow poppy been used as a way of comparing homophobia to the horrors of the war, the sentiments of Twitter users who rejected it would be perhaps more understandable. But, as it stands, there’s no reason why it should be seen as disrespectful to soldiers or veterans. Gay men were putting their lives on the line for a country that once reviled them as perverts and degenerates. For that, they deserve plenty of sympathy and respect.