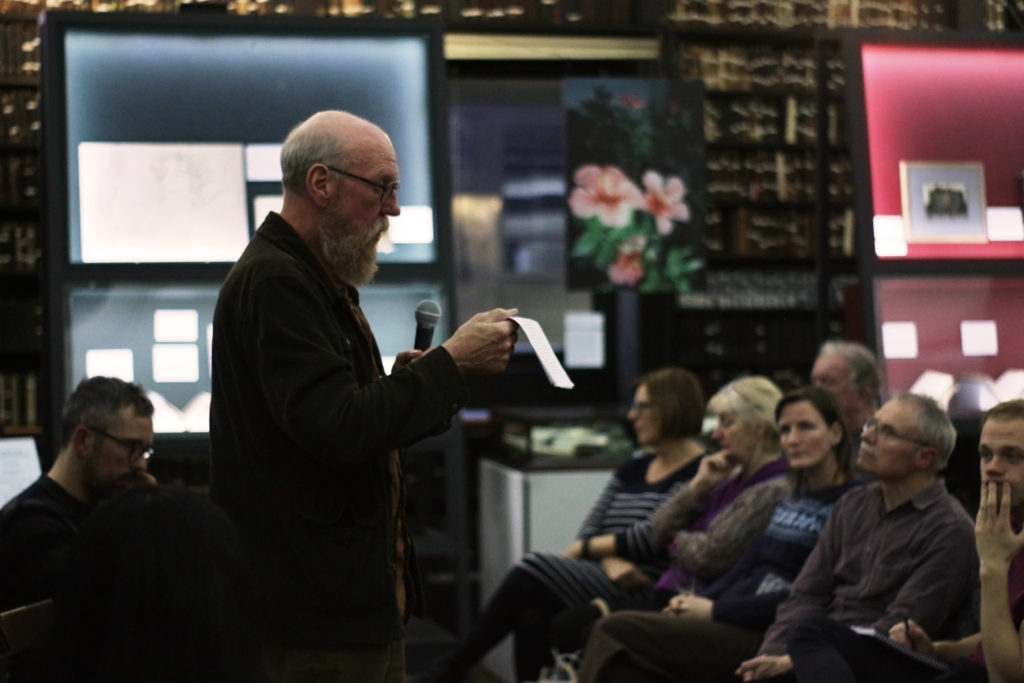 The North’s natural landscape is under threat from “heart-breaking” urbanisation and climate change, according to renowned local nature writers.

Award-winning journalist Anita Sethi and author Dr Paul Evans explained how nature has defined their identity and inspired their work at the event, but urged people to appreciate nature in the North of England, which they said is under threat from Manchester’s rapid urban development and the increasing effects of the climate crisis.

Sethi said, “Cities [like] Manchester are obsessed with building the highest skyscraper building or the highest Hilton, and it’s heart-breaking… it’s extremely destructive to humanity.”

“Every breath we take is reliant on nature and we often forget that fundamental fact,” she added.

The writers spoke as part of ‘Rewriting the North’, a series of events held in collaboration with Manchester Metropolitan University in anticipation of the 2019 Portico Prize, a literary award presented by Manchester’s Portico Library to writers that capture ‘a sense of the North’ in their work.

Sethi, also a broadcaster and book critic, has written for several national and international newspapers and was a judge for the 2018 Costa Book Awards, while Evans is the author of the Guardian’s Country Diary and ex-documentary broadcaster for BBC Radio 4. He also teaches Creative Writing at Manchester Metropolitan University.

Sethi read from her new book I belong here: A Journey Along the Backbone of Britain (2020) at the event, explaining how she fell in love with nature in Manchester growing up as a child.

However, after experiencing racial abuse on a TransPennine train this year, she decided to explore nature in the North of England, including the Pennines, a range of hills and mountains sometimes known as “backbone of Britain”, which inspired her to transform “an ugly experience of hate and exclusion into an experience offering hope and finding beauty after brutality”.

“I was born and bred here. I could not be more northern, yet often throughout my life, I have been questioned about my identity,” she said.

“I was told to ‘go back’ to where I’m from, and yet this country is where I belong. [Afterwards] I experienced panic attacks and anxiety at the thought of travelling alone, but I was intent on not letting [it] stop me travelling about freely and without fear.”

“I relish being in the non-judgemental world of nature,” she added.

She also revealed a story about when she met Prince Charles, who asked her where she came from. Sethi said when she told him she was from Manchester, he replied with, “you don’t look like it”.

“Hate crime is on the rise in the Hostile Environment,” she said.

However, Sethi said the city hasn’t fully embraced nature, something which is “very dangerous” to separate from people’s lives.

“Parks in cities are just such wonderful and important spaces, but they need to feel like safe spaces as well.”

“I relish being in the non-judgemental world of nature.”

Talking about Alexandra Park in Moss Side, Sethi added, “I know that when I was growing up… the local park was where all the gangs hung out… beneath the trees in the park was where the guns were buried”.

She said that children need to be encouraged to use nature in the city and go on more school trips outside: “We need to get back to basics and start weaving it into the fabric of children’s lives at school.”

Dr Paul Evans read from his newest book How to See Nature (2018) and extracts of his work in the Guardian, telling the audience he’s “interested in the idea of the spirit the North.”

“I see it as a direction, not a destination,” he added, describing the “biological” North as “glorious”.

Evans told aAh! Magazine, “The North is becoming the south because of climate change… [it] doesn’t exist quite the same way as it did. The cities are becoming different things, it’s a massive transition period.”

When asked whether he saw his work as more important given the state of the climate crisis, Evans told aAh! Magazine, “can what I do in describing the overlooked and the ignored aspects of nature make any kind of difference?”

“I don’t think anything you can write is going to be enough,” he said.

“Any kind of creative writing that tackles the emergency that we find ourselves in is an act of resistance.”

Sethi told aAh! Magazine “it’s absolutely urgent” that we face climate change, adding that it’s important to “realise that humans are a part of the planet and our actions are directly affecting the world that we live in”.

“Any kind of creative writing that tackles the climate emergency is an act of resistance.”

“I don’t feel I can separate it from what I’m writing, it’s absolutely intrinsic,” she said.

“We’re living in quite a cynical age and we don’t like words like ‘awe’, ‘wonder’ or ‘hope’. But, actually experiencing awe in nature… [has] a chemical effect on your brain.”

Despite the issues raised by Sethi and Evans during the event, they maintained there is hope.

Sethi said, “It’s so easy to feel overwhelmed and despairing, but I think that’s what people want us to feel to crush our spirits.”

“Small acts of hope are so important and we can’t give up”.