You are here: Home / News / Politics / Why is there a crisis in Catalonia? 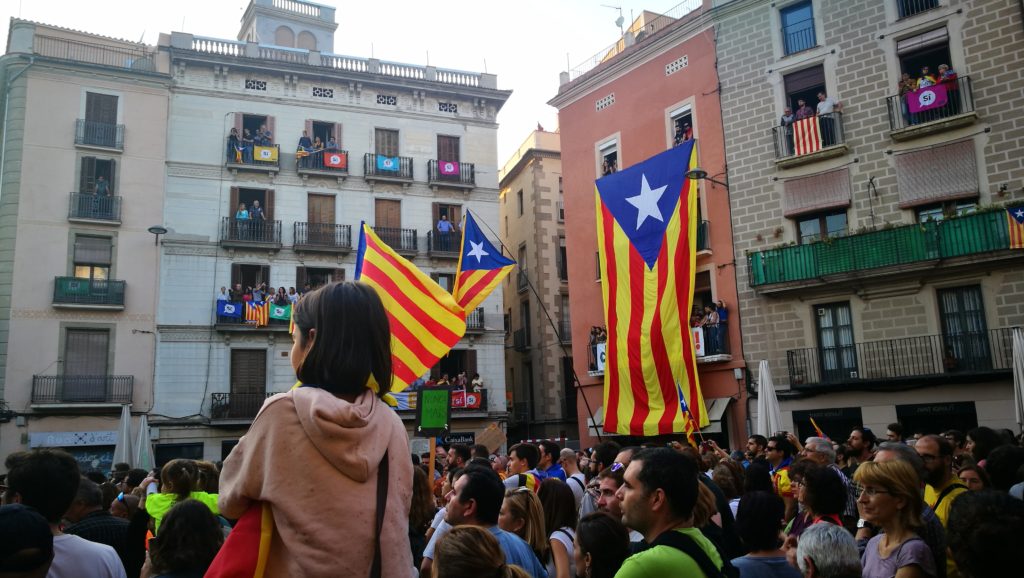 Catalonia is an autonomous community in North-Eastern Spain that consists of four provinces: Barcelona, Girona, Lleida and Tarragona. The term “autonomous community” is a normalised concept that explains how Spain is structured. Power is vested on a national level, but also in a devolved formation with each community entitled to a reasonable level of self- government. So, why does Catalonia face such conflicts of independence?

Catalonia’s status is a controversial subject that is often not addressed by organisations such as the European Union, as it harks to internal historical disputes which date back to the 13th century.

By the early 1200s, Catalonia had established its own institutions and during the Franco- Spanish war, Catalonia revolted. From that point on, a push and pull occurred between the Spanish government and the Catalans after Spain began attempting to suppress the institutions and autonomy of Catalonia.

However, there was a focal turning point in 1914 after Catalonia experienced mass industrialisation, which created a thriving economy and has, to this day, made Barcelona one of Europe’s largest industrial areas and a popular tourist destination. To put this into perspective, Catalonia makes up 16% of Spain’s population and generates 19% of the country’s GDP, making it an invaluable community in Spain. This is primarily the basis of the conflict – Catalans claim that calls for independence stem from the idea that Spain “robs” them, which highlights the economic autonomy that they crave.

Since the Spanish transition to democracy, in which the repressive Francoist dictatorship was overthrown, Catalonia has regained much of its self-governance. This, arguably, triggered widespread support for independence and made the “Catalan” identity more pronounced. They have their own language, culture and parliament, which feeds into how Catalans distinguish themselves from the Spanish and believe in a nation of their own, a mentality evident in the phrase coined by pro-independence Catalans: “We are Catalans first and Europeans second, but don’t call us Spanish.”

The 2017 referendum for independence demonstrated the overwhelming support for separatism, with 92% voting “yes” to the question: “Do you want Catalonia to become an independent state in the form of a republic?”. The referendum was deemed illegal by the Spanish government who claimed it was a breach of the constitution, which is where recent conflicts lie.

After Madrid imposed direct rule over Catalonia, seven ministers were prosecuted and the former president of Catalonia Charles Puigdemont was exiled, hence why the conflict is now at breaking point with neither side willing to compromise. Some 350,000 protesters gathered in Barcelona last week to demonstrate that the Catalan’s cause for independence is not going away, but igniting.

So, although Spanish Prime Minister Pedro Sanchez believes Separatists’ behaviour is “radical and violent”, it’s unclear so far what he will do about a cause that threatens to tear apart the formation of Spain.