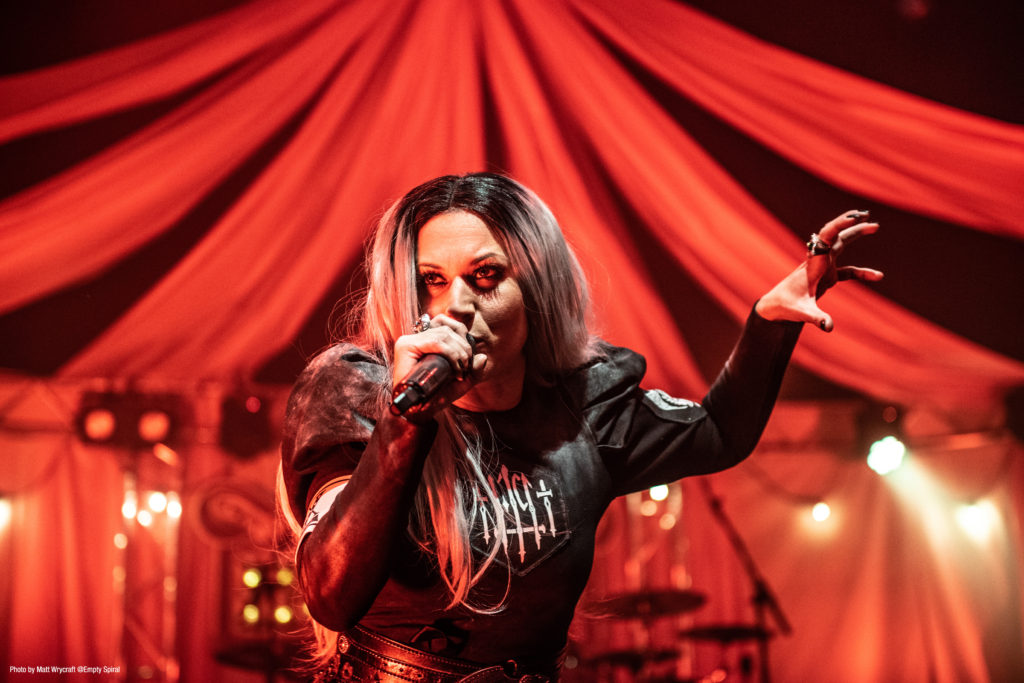 Italian alt-gothic metal band Lacuna Coil is coming to the O2 Ritz in Manchester on 12th November for their 2019 European tour. They’ll be arriving with the release of their new album Black Anima and their latest single ‘Layers of Time’, which is already a hit. It’s “only a taste of what’s to come”, according to vocalist Cristina Scabbia.

It will be three years since the release of their previous album Delirium (2016) which came 16th in the United States Current Album Chart and 2nd in the Hard Rock Chart. The band combines elements of hard rock and metal, whilst vocalists Andrea Ferrero and Scabbia add a mystic tone. The band celebrated their 20th anniversary in 2018 performing live in London.

Kerrang! has described Lacuna Coil’s new album as a ‘more metallic and darkly atmospheric side to their punchier, poppier moments’, which is where the band stands out from other gothic metal artists who keep to the same raging style throughout the years. Lacuna Coil has been experimenting with their work since 1994 and has replicated the feeling you might expect to have when walking through the fog clad in black.

The band includes Scabbia and Ferro on vocals, Marco “Maki” Coti-Zelati on guitar, bass, keyboard and synth, and Richard Meiz on the drums. Members joined at various stages during their early years when they were called Sleep of Right and then later Ethereal.

The Italian act soon became one of Century Media’s biggest-selling bands, forming a unique style of music. Lacuna Coil has combined rock, gothic choir and metal together to form a resonating experience, evident in the many successful albums such Comalies (2002) and Karmacode (2004) to Shallow Life (2009) and Broken Crown Halo (2014). The band’s spirited and lauded live performances have also earned them a solid reputation – their stage presence reverberates long after the show is over.

Lacuna Coil’s heartfelt, melodic, and rhythmic metal has added a new face to the gothic genre and created a rabid worldwide following. Regardless of album, singles or previous independent work, the band’s dual-vocalist assault is immediately identifiable.