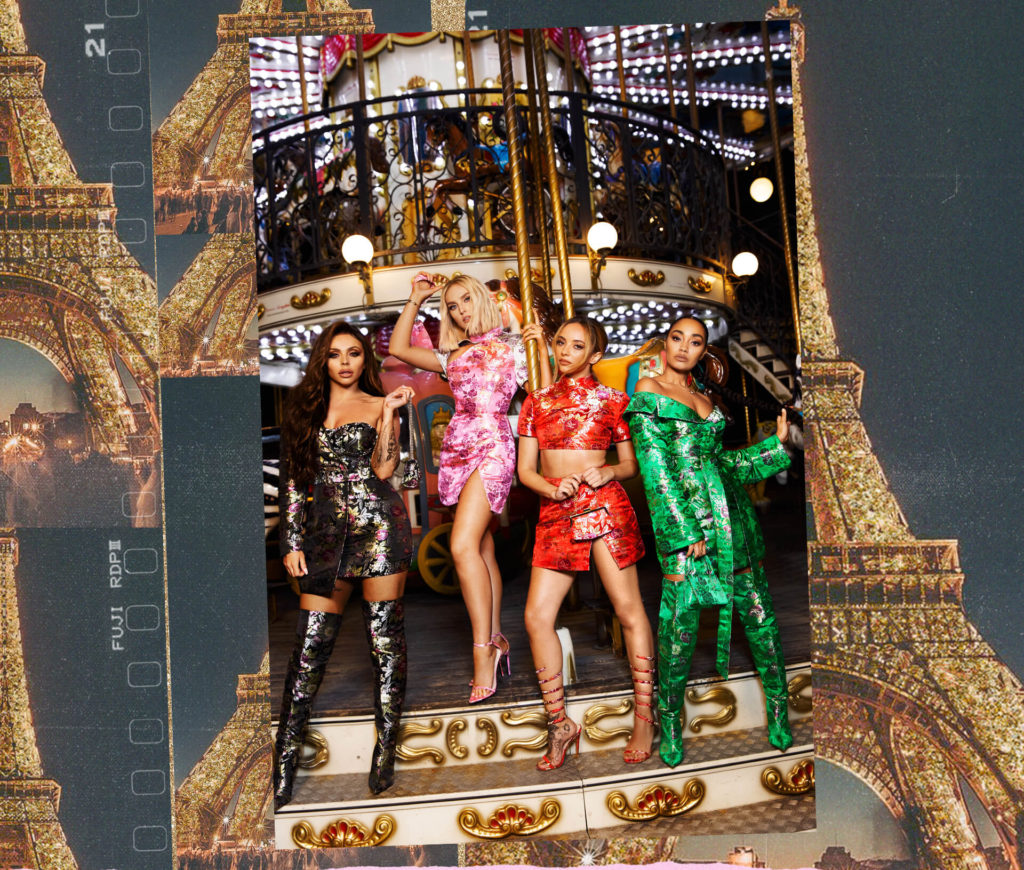 Little Mix launched their long-awaited collaboration with fashion company PrettyLittleThing on 6th November. Both parties had been teasing the launch on their social media platforms for the past month and even allowed fans a sneak peek the day before on PLT’s Instagram. But less than a week after it was released, fans have already raised concerns of cultural appropriation within the clothing line.

Each member of Little Mix seems to have their own variation of the same outfits, and one part of the collection promotes ‘oriental’ clothing. A video featured on PLT’s Instagram ahead of the line’s debut showed all of the members in different styles of clothing, including Perrie Edwards in a dress and Jade Thirlwall in a two-piece, with the same oriental pattern but in different colours.

Interestingly, cultural appropriation within the collaboration doesn’t seem to have been much addressed, although a number of people on social media have shared their concern and disappointment. One comment made by an Instagram user said: “I really love this, I really do. But it kind of upsets me that designers are using traditional Chinese prints as ‘fashion’ nowadays.”

Cultural appropriation in fashion is an ongoing issue at the moment, with someone new always in the firing line. Little Mix’s controversy comes just after Love Island’s Molly Mae was scrutinised in the news and by fans for dressing as an Egyptian Goddess on Halloween, alongside claims that actor Johnny Depp’s Native American-inspired outfit on a Dior Sauvage advert was culturally appropriated in September.

Clearly, when people (especially celebrities) make these mistakes, their intention is never usually to appropriate. However, you have to wonder how Little Mix or PrettyLittleThing didn’t consider the issue when creating the line. It’s obvious that the clothes are directly inspired by Chinese culture and after so many people have recently been called out for appropriation before, it’s surprising to see such big brands continuing to make the same mistake.

It also sparks discussion as to whether there really is an issue with cultural appropriation, or whether it’s just ‘fashion’. A difficult question, because brands clearly have good intentions and are celebrating a style that they like. However, they are more than aware that people are often offended when their culture is appropriated for commercial use, so they can’t take that step without expecting a backlash.

As a result of the line, many social media stars have since been wearing oriental clothing during PLT’s launch party, which illuminates the people supporting the line and their lack of thought, considering that they often act as role models to the public. One YouTuber called Sydney Crouch featured on PLT’s Instagram in Perrie Edwards’ getup and received immediate backlash. One comment said, “being smart about your wardrobe is cute. And this is the complete opposite.”

Referencing to the lack of Asian influencers wearing PLT’s ‘oriental’ clothing, another comment asked, “were white influencers the only ones available for this collection?”

It’s still surprising to see the lack of attention that has been raised about cultural appropriation in the line, particularly by media outlets and other social media influencers. It will certainly be interesting to see if the issue gets brought up in the future or simply forgotten about.

What do you think about the new clothing line? Have Little Mix and Pretty Little Thing gone too far? Let us know in the comments.