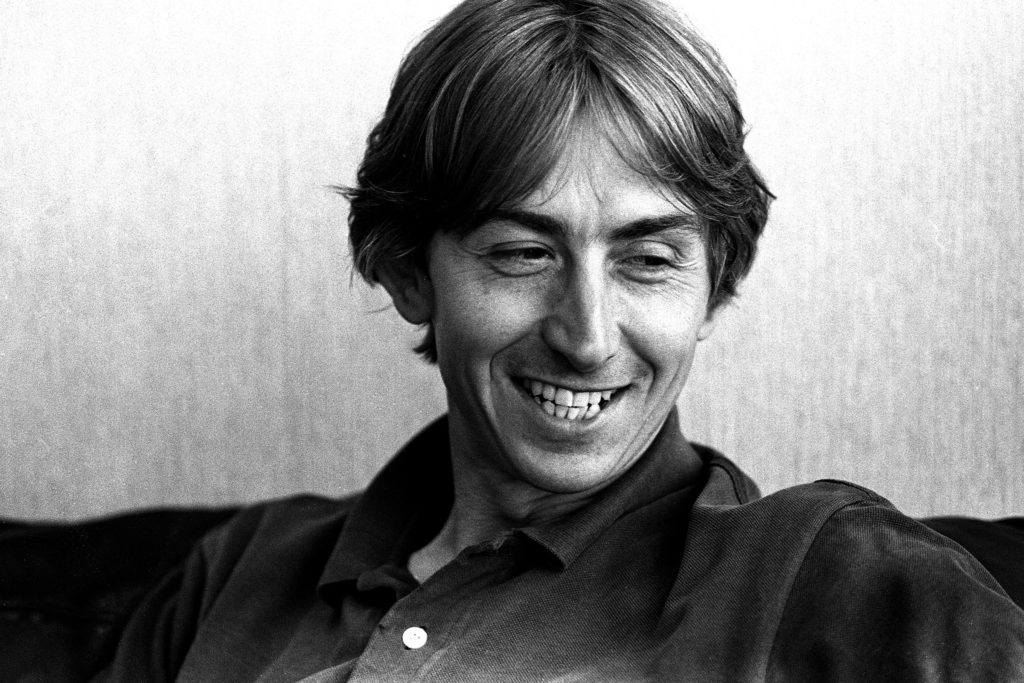 It was a winter evening, shortly after my eighteenth birthday, when I first listened to Talk Talk’s Spirit of Eden. The opening muted notes of ‘The Rainbow’ catapult me back to being stood in the snow outside Salford University’s Adelphi campus, bass guitar on back and cigarette in freezing hand. Even now, ten years later, I consider it one of the finest albums ever recorded, and certainly one of the bravest. Up until this album was recorded, Talk Talk were a major force in New Wave and had scored hits with ‘Such a Shame’, ‘It’s My Life’ (later to be covered by Gwen Stefani) and ‘Life’s What You Make It’. Even though they were the darlings of such a popular genre, some even considering their moniker to be a direct rip-off of Duran Duran, there was one prominent voice in the band who hated their direction.

The band’s singer and principal songwriter, Mark Hollis, said in an interview that “even though we use synthesisers, I’m not a fan of them at all.” This wasn’t the only way in which Hollis swam against the tide of 80s inertia. In the same interview, he gave his reasons for the avant qualities of the ‘It’s My Life’video (a backdrop of exotic animals in the wild and in zoos, all the while Hollis stands with his lips apparently welded together, in an apparent statement against the banality of lip-syncing), stating that music videos ought to be “films in their own right.” In what would become symptomatic of his relationship with his label, the video was re-shot and Hollis was made to lip-sync.

After The Colour of Spring reached top ten spots around the world, EMI committed either a fatal mistake or an ingenious judgement. They gave Hollis et al a free rein to make their next record as they saw fit. What the label expected was a chart-smashing gravy train. What they received was Spirit of Eden. Recorded over many months and spliced together from candle-lit jam sessions in the manner of Miles Davis’ Bitches Brew, the album was a pioneering one, which borrowed elements of jazz, ambient music, noise and musique concrete. There were no songs of single length on the record, nor did the band wish to tour or make music videos in support of it. Hollis later said that the album was a symbolic endpoint to his career as a musician. That is, the earlier Talk Talk records had led up to that point, and this represented the culmination of years of effort. The band had shirked electronics, and the album has a raw and live quality not found in their earlier work. It contains seeds that would beget the genres of Shoegaze and Post-Rock, which in turn would influence Mogwai, Doves, Elbow, The Verve and Radiohead, leading British guitar music away from Britpop bombast and buffoonery into a new golden age.

The legal battle which followed the album’s release would haunt and eventually kill off Talk Talk as a touring unit, but not before they released one more album, Laughing Stock. Hollis would only release one self-titled album as a solo artist in 1997, after which he disappeared from public view. Even taking this into account, his death comes as a shock to all who love and defend music for its own sake.

The man may have been publicity-shy, but there is no denying the influence Hollis or his band have had on modern music. If it wasn’t for the risks and the daring artistic sacrifice that Talk Talk made at the height of their fame, then the daring artists that came after them would have never found producers willing to record them, record labels willing to sell them or fans willing to listen to them.

In losing Mark Hollis, the world of popular music has lost a quiet giant. Humble, brilliant, and towering over what has come since.