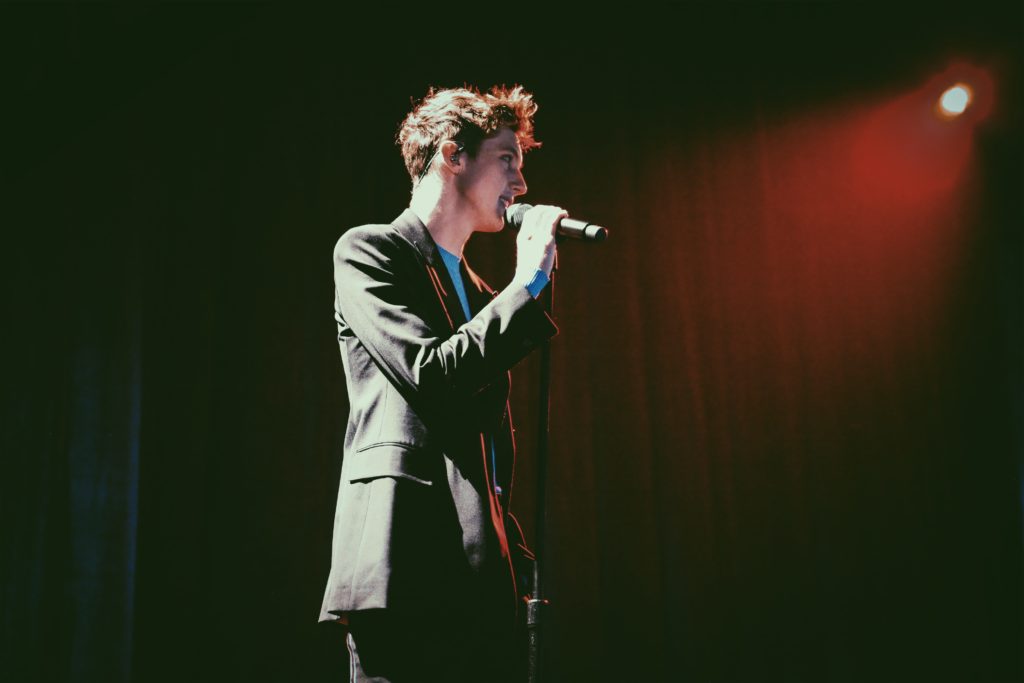 The most rewarding part of a concert is, perhaps, feeling like you belong in a room full of strangers. It’s a positive and uplifting experience, and that’s the precise energy that swept around the Manchester Apollo on Sunday night.

Having begun his musical career on YouTube, Troye Sivan has taken the UK music scene by storm. Since collaborating with well-loved artists such as Ariana Grande, Alessia Cara and Charli XCX, Sivanhas built a well-deserved reputation for producing hit after hit.

Sivan’s stardom definitely hasn’t gone to his head, as he appeared on stage with meticulous promptness – 2 minutes early, in fact. The lights went down, and the entire room erupted in screams as Sivan launched into the first verse of ‘Seventeen’, the curtain dropping as it he reached the chorus, revealing his band behind him.

Sivan took a break from his energy-fuelled performance to address the crowd: “ So stoked to be here! We’ve been spending a lot of time here in Manchester rehearsing for this tour and you’re all so lovely.” He also described this city as “fantastically queer”, drawing a substantial cheer from the sold-out audience of 3,500 people.

For many in the room, Sivan is regarded as an LGBTQ+ icon, and this was reflected in the presence of various audience members draped in pride flags, as well as the rainbow-coloured lights illuminating the room. Before launching into the emotional ‘Heaven’, Sivan explained the meaning of the song and how it reflected his coming out story. The lyrics seem especially poignant after hearing the backstory – “without changing a part of me, how do I get to heaven?” potentially references the backwards belief held by many religious zealots that being anything other than straight is a mortal sin.

Sivan’s eclectic sense of style was echoed in his three seamless wardrobe changes throughout the 80 minute set, with constant set changes to match. It was obvious that the 23-year-old South African native played a substantial creative role in the design of this tour. Fan favourites ‘Youth’, ‘My My My’ and ‘Dance To This’ made the entire affair feel like a giant dance party surrounded thousands of your friends.

“Oh wow, this is a big stage!” Sivan exclaimed, and yet at 5’8″, the pop star had no trouble making his stage presence known. He was pitch perfect, even while dancing enthusiastically around the stage, never missing a beat. He exuded an infectious attitude that had the entire audience dancing.

Troye Sivan is a showman, and an incredibly good one at that – the way he demands the attention of an entire venue is outstanding to watch. His new album, Bloom, is available to stream now, and I urge you all to give it a listen.