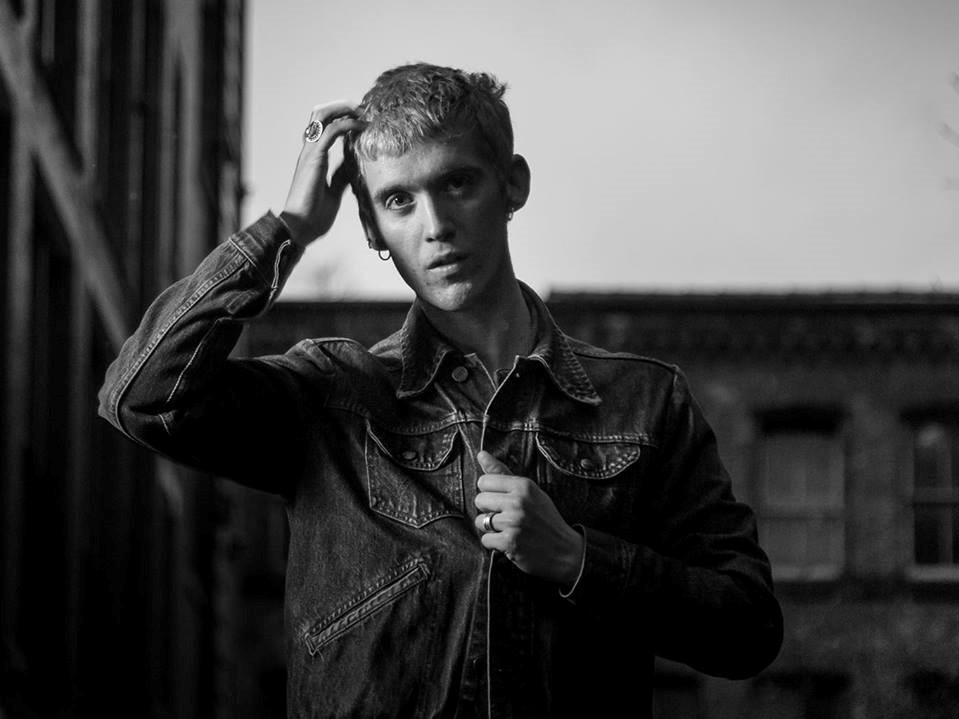 At the dawn of an uncharacteristically hot Manchester summer, an evening in a bar would seem tempting even without a host of musical talent on offer, but the buzz at the Night and Day on Tuesday night even hours before Manchester native singer-songwriter and guitarist Nile Marr and his band took to the stage proved that the evening’s atmosphere was going to be anything but chilly. Within minutes of doors opening, every seat in the venue was filled, and the space in front of the stage filled before the first of the evening’s support acts, Diving Station, took to the stage.

As Nile informed the audience later in the set, bassist Callum Rogers was responsible for selecting the support groups, and on Tuesday evening, he had some treats lined up for the throng of gig-goers filling the iconic Northern Quarter venue. Fellow locals Diving Station are fronted by Anna McLuckie, who, alongside being an incredibly talented singer and intelligent, emotive songwriter, also boasts impressive skill as a harpist. The combination of its delicate notes and the hard-hitting power of the supporting drums, bass and guitar perfectly captured the band’s essence: intricate but never demure; powerful but never unfeeling.

Next to take to the stage were psychedelic indie band, Acid Child, who brought an entirely different yet equally captivating atmosphere to the room. The audience which had been entranced by the mystical qualities of McLuckie’s voice appeared to be energised by Acid Child’s offerings, as one particularly enthusiastic man at the front of the room roused some of his fellow audience members into a zealous dance.

When Nile Marr and his band finally took to the stage themselves, the room reverberated with a palpable sense of both anticipation and warmth – the final night of a six night residency spanning May and June, it seemed that Nile had already fostered a sense of affectionate familiarity among his growing fan base, and hopes were clearly high that he would provide a suitably grand finale. Radiating exuberance, it quickly became clear that he was not going to disappoint.

Nile Marr, son of Smiths legend Johnny Marr, launched his own music career in 2014, then fronting the band Man Made, a three-piece group which also featured his current bassist, Callum. The band released three singles and an album, TV Broke My Brain, between 2014 and 2016, after which time Nile fell relatively silent. If his appearance at the Night and Day proved anything, though, it was that he certainly hasn’t lost his touch.

Quite the opposite, in fact. Throughout the course of the evening, he played a number of his new songs, demonstrating a maturation in sound and lyricism, marking him out as one of Manchester’s most promising rising indie artists. His competency, as well as that of his band, was also sharply demonstrated when he introduced a brand new song by explaining that “because we’ve done like six of these, I’ve tried to make them a bit different, so I wrote this one on Saturday night and I was like ‘let’s try it,’ so it might go horribly wrong!” Despite his fears and his joke that “Cal’s already forgotten it,” however, the execution was seamless and the quality entirely consistent with the rest of the set, making it incredibly clear that his keen sense of humour is no obstacle to his ability to take his art seriously.

Towards the close of the set, Nile treated the audience to a selection of beloved songs from the Man Made catalogue, making the only blip of the evening at the opening of ‘Hi Tech, Low Life’ – “we sped up with you guys ’cause we were fucking excited!” Following this up with singles ‘Carsick Cars’ and ‘TV Broke My Brain’, Nile had the entire room dancing, alive with the atmosphere that only a venue as enriched with its own history as the Night and Day can offer.

This was clearly a fact of which Nile was well aware, as he gave an emotional speech of thanks to the Night and Day and its past and previous staff and owners, citing it as the reason for his getting to where he had, both in encouraging his love of music and in providing him with a platform. His words clearly resonated with many of those in attendance, as the room erupted into enthusiastic applause. It seemed that his thanks didn’t end with his speech, however, as the final song of the night, recent release ‘Fake Your Way Through’, provided the perfect opportunity for Nile to demonstrate his appreciation. Energetic and meditative, the evening couldn’t have ended on a better note – which is perhaps why Nile responded to demands for an encore with a good-humoured “nah!”

Nile has five more appearances lined up in the next month across the north of England and Scotland, so be sure to check your diary and get your tickets – you won’t regret it!