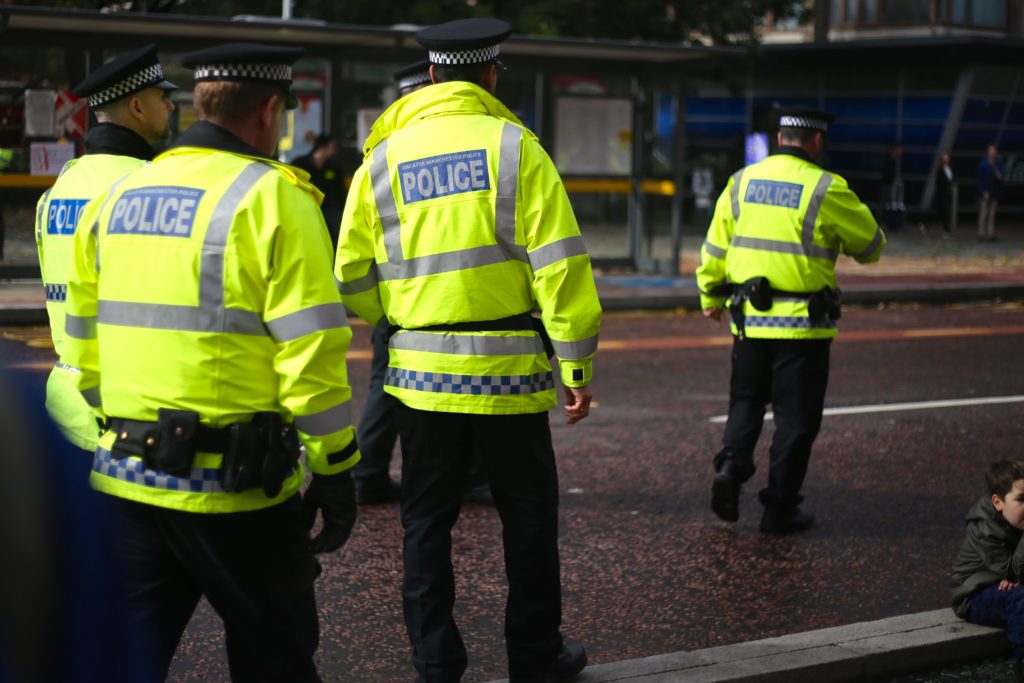 Hill’s comments were made in a video tweeted by GMP in May, which shows uniformed officers handing out informational leaflets about Project Servator in the Arndale Shopping Centre, supported by armed police.

Hill explains that people displaying “signs of behaviour” where they “don’t wish to engage” with uniformed officers will be monitored, but that GMP are encouraging the public to ask police “what the [project] is all about” if they see them deployed for Servator around Manchester.

The letter, which calls on GMP to address concerns over Hill’s comments and to abandon Project Servator in Manchester, was drawn up by the ‘Northern Police Monitoring Project (NPMP)’, a local activist group that claims to oppose “police harassment, violence and racism”. They say that “people have the right to go about their daily lives without fear of state monitoring or surveillance.”

So far, the letter has gained signatures from ninety-four people, some of whom spoke to aAh! Magazine, including Ian Allinson, a former candidate for Unite General Secretary in Manchester, who said he was concerned about “increasing state repression”.

He added that “people have good reasons to minimise contact with the police and should not be followed around for doing so.”

Dr Katy Sian, a lecturer in Sociology at University of York who’s on the steering committee for NPMP, said that Servator “poses a wider threat to people’s rights and civil liberties” and could result in an “over-policing of communities of colour.”

Liz Fekete, Director of the Institute of Race Relations, who also signed the letter, said that the project aims to “impose authority, [rather] than a genuine attempt to reassure the public that the police are there to fight crime.”

Project Servator was originally launched by City of London Police in 2014 to identify suspicious behaviour in public places and thereby spot criminal intent. According to gov.uk., this can range from shoplifting to someone “planning a terrorist attack”.

Deployments, which are unpredictable but “highly visible”, will include stop and searches, leafleting and intelligence gathering – the project relies on the assistance of the general public. GMP are asking people to “report suspicious behaviour [and] anything that doesn’t feel right” to officers.

Project Servator will include uniformed, armed and plain-clothes officers, sniffer dogs, and horse and marine units.

Dr Phil Edwards, a lecturer at Manchester Metropolitan University and another signee of the letter, said that “large and visible deployments of police officers are a good way to deter many forms of crime”.

But, he added that “there’s a big grey area,” and that if the police enlist the help of the public, “the quality of intelligence is likely to plummet.”

Project Servator was only fully adopted by GMP in May in 2019, after completing a one-year trial at Manchester Airport, but will soon be implemented across other towns outside of the city centre, according to Superintendent Hill. The project was also carried out at Glastonbury Festival this year.

Some on Twitter praised Hill’s comments. @ChiefEditorMG tweeted that Project Servator would “reassure people”, whilst @harpbikespa said the public should “support the police”, who are “trying to save lives and help people.”

Most users, however, felt differently. @hellawhellaw25 tweeted, “so because I don’t want to talk to annoying police officers I therefore get labelled as suspicious?”

Others had concerns about people with autism and social anxiety being deemed as suspicious by police. In response, however, the National Police Autism Association (@npaa_uk) tweeted that they are working with Greater Manchester Police on the issue: “Autism training is important for anyone engaged in surveillance/anti-terrorism work as traits can easily be mistaken for suspicious behaviour.”

Officers assigned to the project, according to gov.uk, are “specially trained” and can spot the “tell-tale signs of pressure and anxiety” associated with criminal behaviour.

It’s not the first time in Manchester that police surveillance has been embroiled in controversy. Back in 2018, GMP trialled Automatic Facial Recognition (AFR) technology in the Trafford Centre on shoppers for six months without public knowledge. The cameras were used to spot criminals, missing people and those on watch-lists entering the popular shopping centre, according to GMP, but “all information was destroyed” after the trial was stopped. However, GMP said that “one person was identified for recall to prison” in the process.