You are here: Home / Culture / Entertainment / Manchester / Manchester Day 2019: Thousands line the streets to celebrate the diverse communities of our city 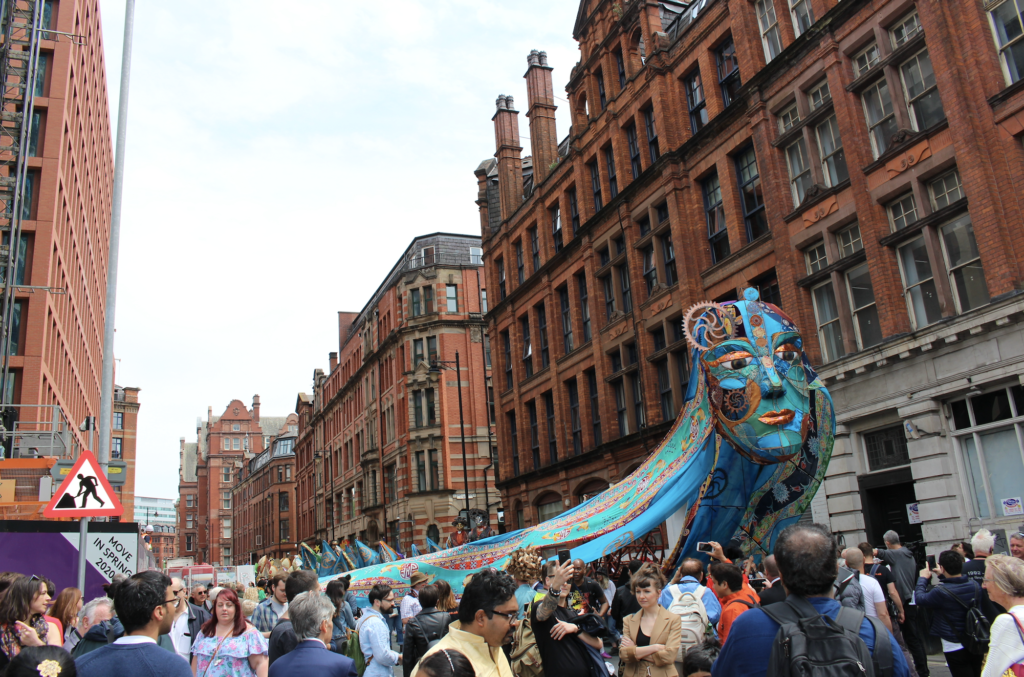 The city celebrated its 10th Manchester Day this weekend with a stunning parade and street performances.

Thousands lined the streets to watch the parade featuring extravagant artwork and costumes designed by artists and local community groups volunteers from countries such as India, Indonesia and China who have now made Manchester their home. 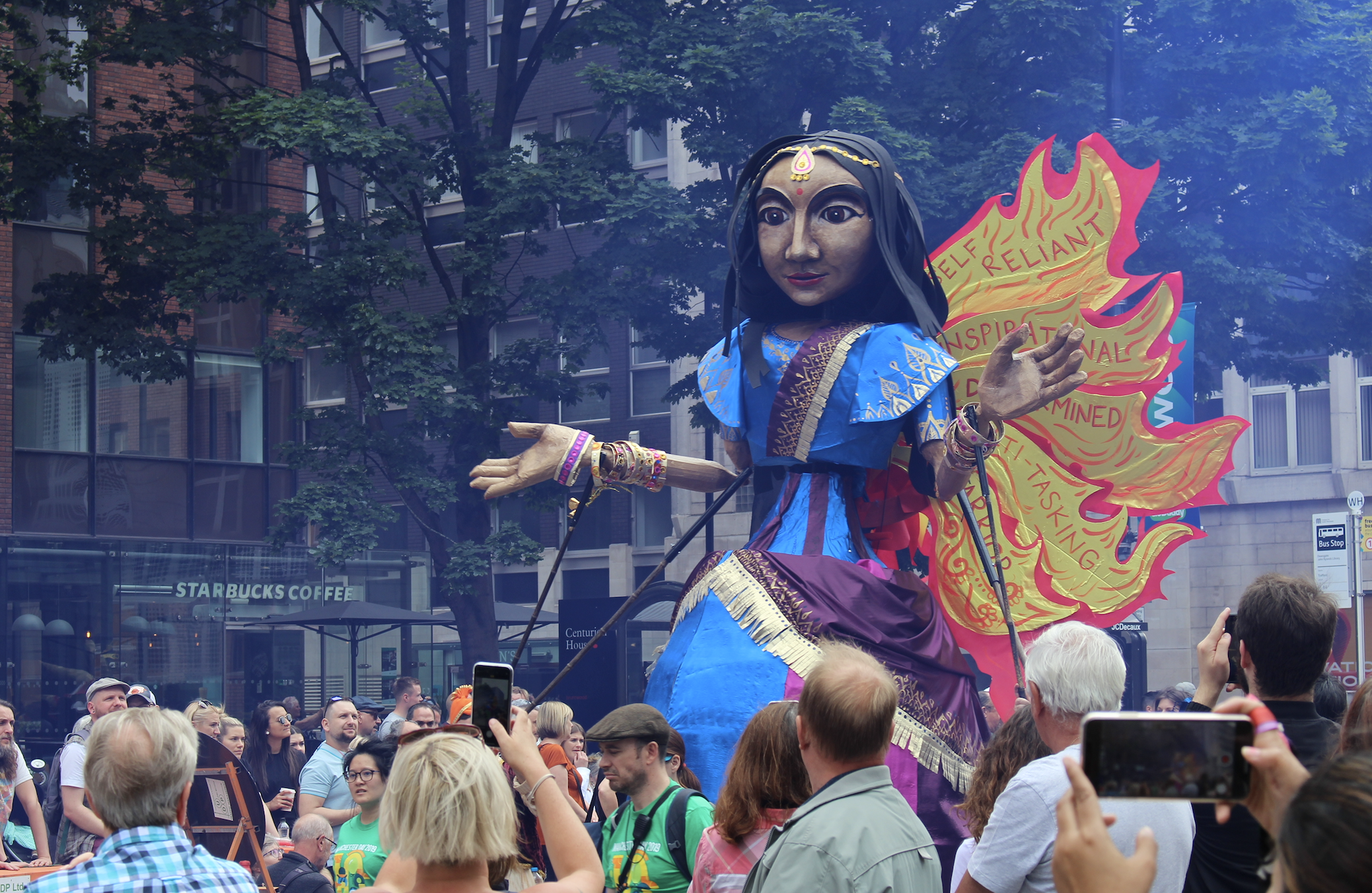 The parade is the “greenest in the country”, as it features a single vehicle on the route: a fire truck representing Greater Manchester Fire Service and Rescue. All of the other “creative makes” were operated by participants and either pushed, pulled, worn or walked along the streets.

aAh! magazine was there to report on the event and spoke Mayor of Greater Manchester Andy Burnham, Councillor for Harpurhey and Collyhurst Pat Karney, and the creative team of artists who have been working tirelessly to bring the parade to life. 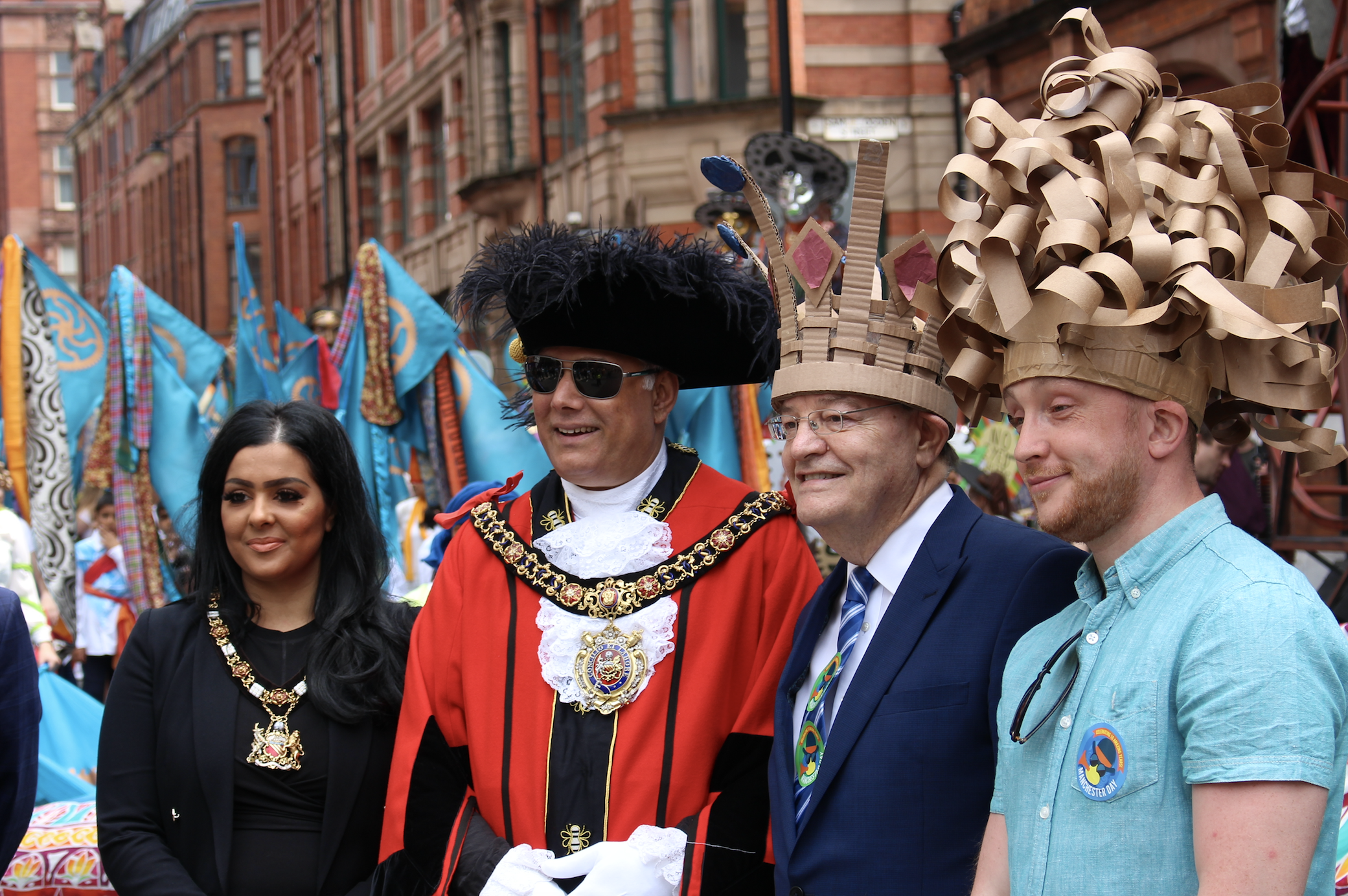 Pat Karney told aAh! magazine that Manchester Day symbolised a city coming together. “This is Manchester’s special day – it puts the city on display for the rest of the world. We do loads of parades, but this for all Mancunians.” 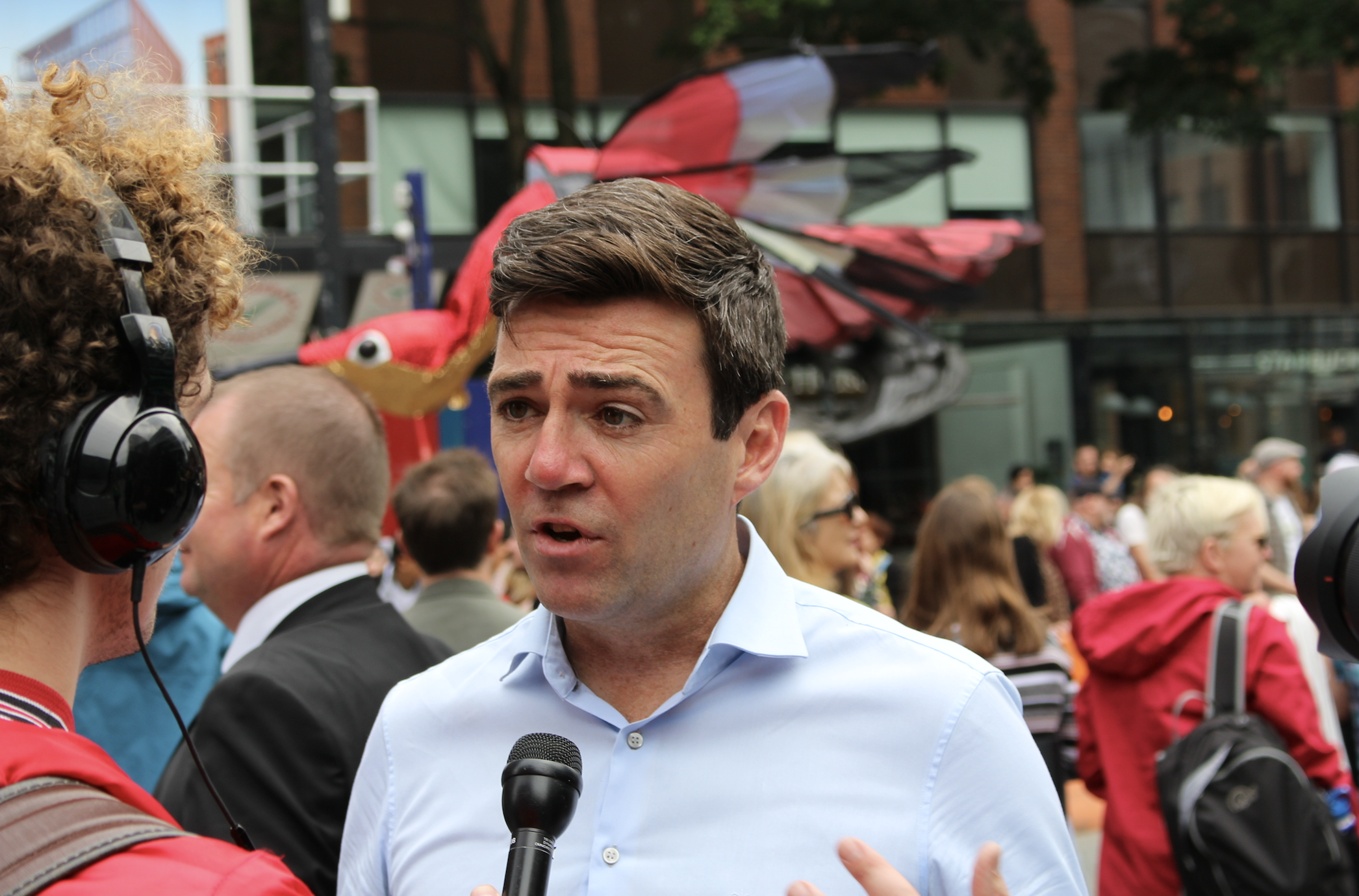 Andy Burnham shared similar sentiments, telling aAh! magazine that, to him, Manchester Day represented the city “coming together and celebrating their diversity, and the amazing city that it is, so it’s a really important day on the calendar. This year’s seems to be bigger and brighter than ever”.

After the parade festivities continued, spread out across St Anne’s Square and Cathedral Gardens, where performances from various dance troupes and bands dazzled the crowds of visitors. 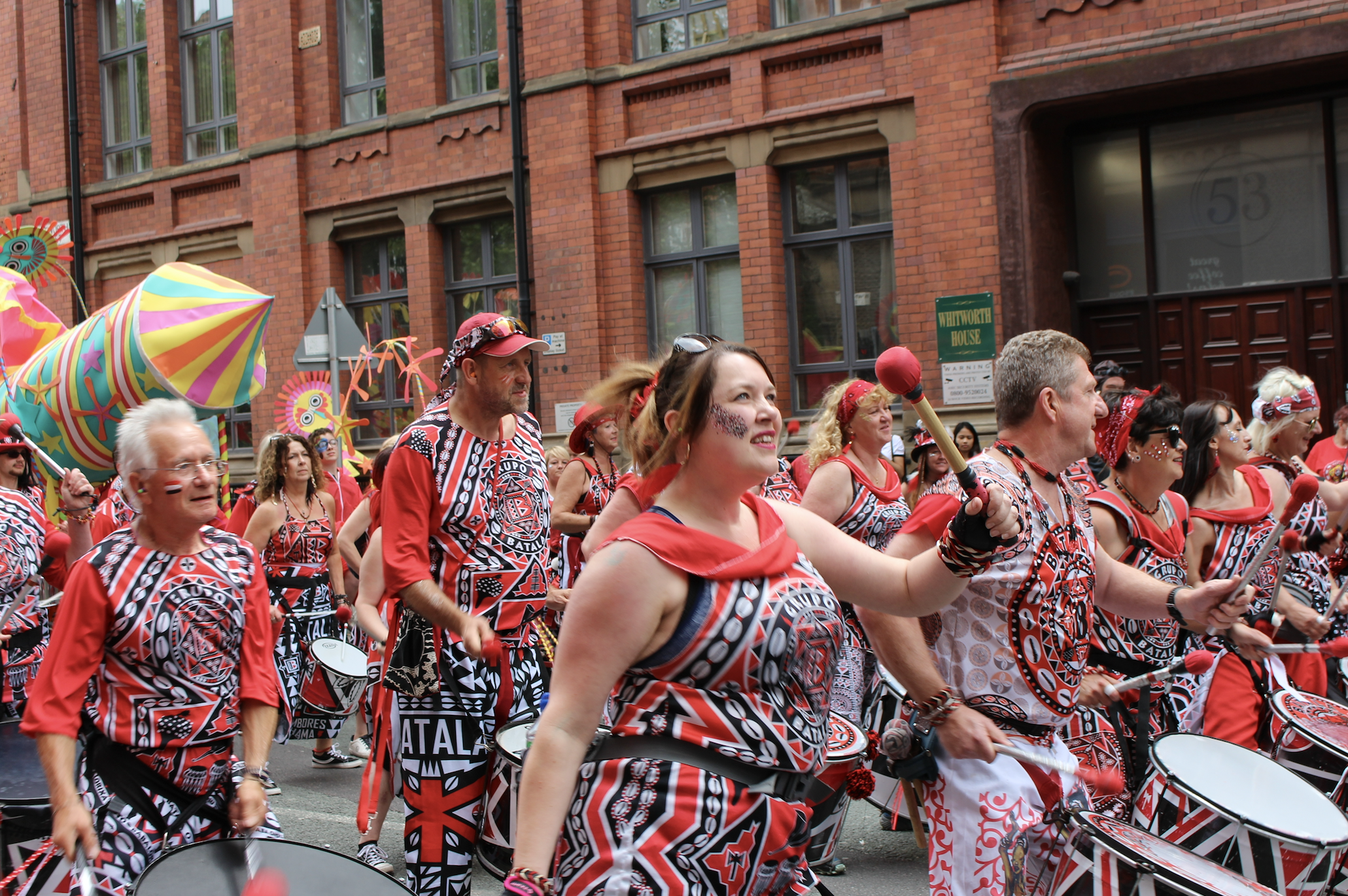 Chris Greenhalgh, Founder of @ILoveMCR, tweeted: ‘Happy #ManchesterDay people! A city which welcomes everyone with open arms; where culture, civic pride and unity is unrivalled.’