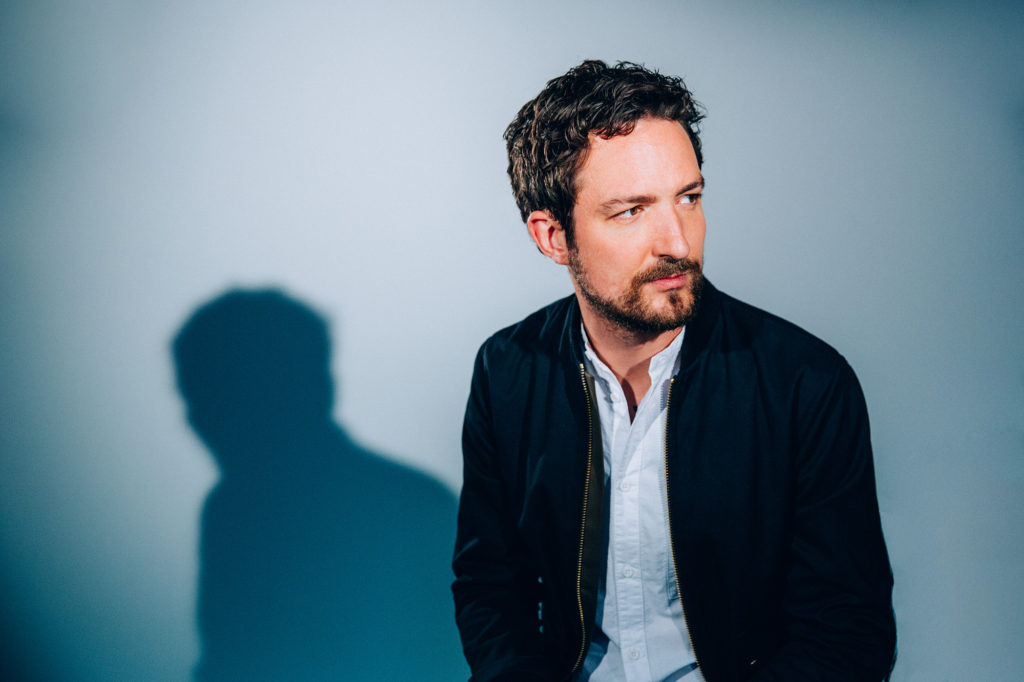 There’s often a tug of war underway between artists touring a new album and their fans. Those onstage know the audience don’t particularly want to hear the new stuff – at least not all of it – but at the same time, it needs to be plugged somehow. So, how do artists wangle those songs in?

Well, Frank Turner has the answer… sort of.

Splitting the gig into two halves, Turner spent the first half alone onstage with an acoustic guitar, rattling through his new album No Man’s Land (2019) and for the rest, he allowed his backing group the Sleeping Souls to join him for a relaxed, ‘unplugged’ rendition of the oldies. After all, he was catering for a seated audience at the Manchester Opera House.

Turner’s a talker. He discussed the meaning behind each song from the new album, which are all based on inspiring, influential or controversial women from history. The running commentary provided a sense of context that wasn’t entirely clear in the record, plus, it was quite nice to hear a musician discuss history on stage. The album didn’t get the best reviews, but after hearing some of the Turner’s more in-depth analysis, the concept made a little more sense.

The songs also sounded far more emotional live than on the record, and it’s clear that Turner only needs an acoustic guitar to play through it on tour. Highlights were opener ‘Jinny Bingham’s Ghost’, which features a lively blues hook, the simple genius of ‘The Graveyard Of The Outcast Dead’, and the anthemic sing-a-long of ‘Lioness’, based on the Egyptian feminist Huda Sha’arawi. Although Turner’s vocal range can’t always quite reach the peaks, it has a raw power which doesn’t disappoint.

However, Turner could tell, clearly, that the audience was pining for him to get to the good stuff – he was forever apologising for playing the new album. So, after a 20-minute break, he cracked into his extensive back catalogue.

‘I Am Disappeared’ and ‘Redemption’ were both songs that worked well with the toned-down mood of the gig. Often Turner would start off slow, decorating what was originally recorded as a folk-punk track as a melancholic, ethereal piece before reaching a distorted, angry climax. It added a maturity, which, coinciding with the “life lessons” he discussed with the audience in between songs, showed that the man is, perhaps, looking back on his past with some new perspective.

However, despite shifting gear slightly, the second half continued to fizzle out – the audience was only able to get on their feet and dance for the last few songs – ‘Photosynthesis’, ‘Recovery’ and ‘I Still Believe’. It was like watching two gigs, but the transition between them was odd.

To be fair to the man, he made up for the first half with a 20-song set after the break and the gig as a whole was well over two hours long. But as it went on, Turner’s running commentary only grew more conceited. Anecdotes into his past mostly consisted of relationships gone awry, which, although he tried to peddle as a way of relating to the audience, only grew a bit more uncomfortable with each new tale – it’s like Turner has suddenly switched on the dad jokes era of his life.

Although he asserted at the gig that he’s reached a point in his life where he’s happy – he has a wife, he’s off the drugs and still enjoys touring, his rambling commentary said otherwise. There was a chilling similarity between the way Turner presented his monologue about the women featured in No Man’s Land and his own past, and a strange sincerity in the way his old witty, punk classics have been pretentiously described on this tour as “lessons” for everyone else.

As always, Turner brought solid musicianship to the show, but as all failed supervillains will agree – he needs to stop monologuing.