You are here: Home / Creative / Culture / Review / “I wanted to write a story about how powerful a weapon art can be”: Nicholas Bain reveals how his fantastical spaces were inspired by Manchester 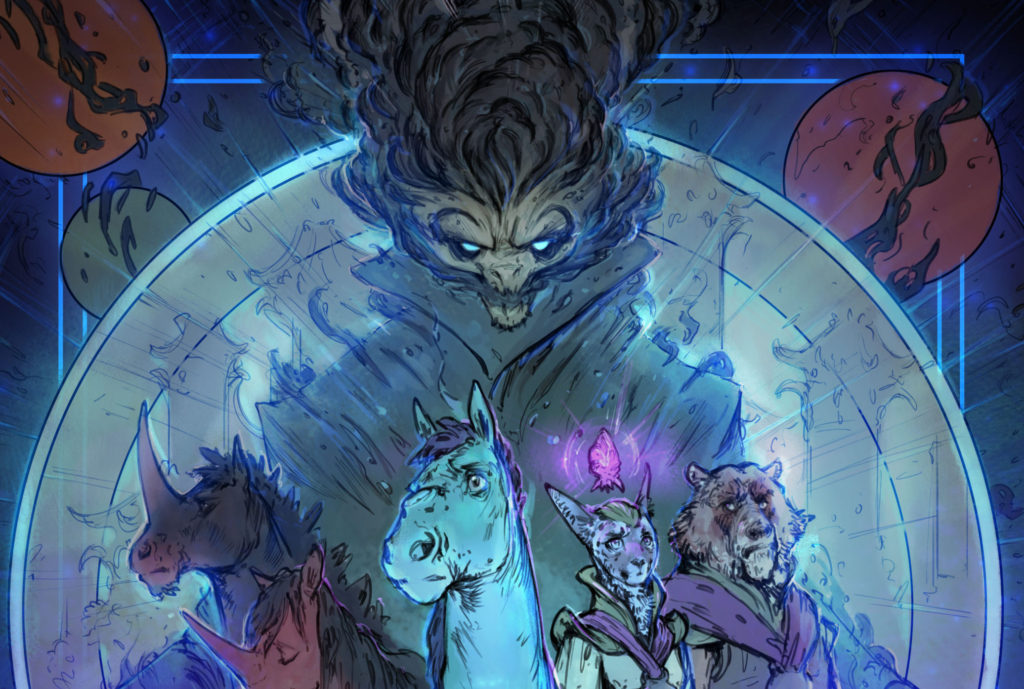 American screenwriter, producer and freelance writer Nicholas Bain is soon to be featured in aAh! Magazine’s upcoming print issue, talking about his new comic novel The Unicorn and the Fox. It has been widely popular and is already being promoted by Comixology, a company known for distributing well-known comic book franchises such as Marvel and DC.

Bain has created something so universal, literally and metaphorically, that this new creation from the depths of his mind fits right into the Manchester scene. “The story itself has a lot of influences,” Bain said. “I wanted to write a story about how powerful a weapon art can be. You’ll have to read the series to figure out what it is exactly.” Bain’s creativity has whipped up an original fantasy which manifests itself as reality when you flip the final page.

The overall storyline of good versus evil and the abuse of power in the comic book are themes apparent all over the globe at the moment, from nefarious politics to crime on the streets, issues Manchester is trying to grapple with. From the Twin Cities of Minnesota, Bain sees similarities between his home and Manchester. “A lot of great artists, writers, and musicians have come from that area,” he said.

Exploring real-world issues, The Unicorn and the Fox shows how one can inspire the community or themselves, and find the courage to express their feelings and fight their own fight battles.

The Unicorn and the Fox also features the artwork of Nick Acuna, an L.A. based illustrator. His art is simple, in keeping to the story, but has the power to bring the story to reality with it’s etches and fantastical colours for Bain’s self-created universe.

Bain has really shown how far the mind can go; something so unique that it has the power to strike the heart of Manchester 5,000 miles across the pond.

The story includes a cluster of words, villages, diverse creatures and unlimited possibilities, and believe it or not – this is Manchester. The city’s vast array of subcultures, boroughs and old renovated buildings is a haven for anything that is imagined. Manchester offers spaces, hidden and established, for people to gather, form ideas, talk and conquer their obstacles. This is shown throughout Bain’s illustrated universe.

Bain has proven the power of the mind and how inspiration can defeat the abuse of power. The Unicorn and the Fox is a power tool, an art form and a fresh idea from the depths of the universe ready to spread it’s a sense of adventure and escapism – ensuring a safe landing back to reality.

Even though it may seem like an international project, Bain says it was more of a personal piece. “I aimed for the work to be sort of timeless,” he said.