You are here: Home / News / Politics / Corruption vs Democracy – Who poisoned the well? 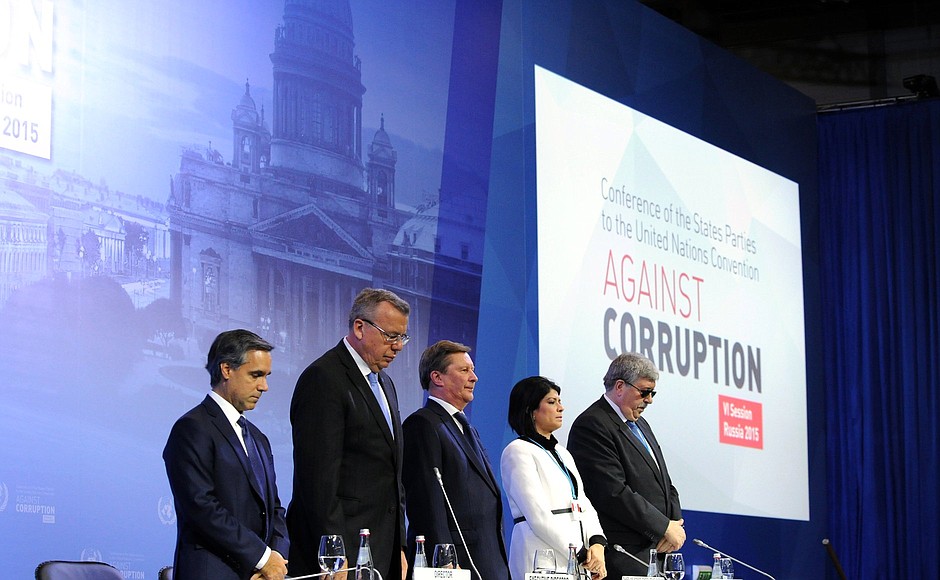 Studies suggest that cases of corruption are increasing in the United States, whilst democracy is failing. But the land of the free is not alone. Across the world, similar trends are appearing. Is there a correlation? And if so, who is to blame?

The past two years for American politics have been a rollercoaster of events, straddling a knife edge between the real, the fictional, and the enigmatic. With the White House enshrouded in a politically opaque canvas, having just emerged from the nation’s longest Government shutdown in history and currently preparing for a second, the question must be asked — has the global hegemon of freedom and democracy lost its way?

Many, including the global watchdog Transparency International (TI), seem to think so.

The organisation that annually reviews over 180 countries for public sector misconduct claimed that The United States became more corrupt in 2018.

America has dropped out of the world’s top 20 on the Corruption Perceptions Index (CPI), as its anti-corruption policies have ‘stagnated’, falling 10 places behind the United Kingdom.

TI concluded that corruption, ‘the abuse of entrusted power for private gain’, is ‘contributing to a crisis of democracy around the world’.

The World Justice Project’s ‘Rule of Law Index’ for 2017–2018 also found that for ‘absence of corruption’, the US was behind the UK and most of Western Europe, whilst The Economist Intelligence Unit’s 2017 index, rating the quality of democracies across the world, tagged America’s as “flawed”.

US President Donald Trump has received countless accusations of corruption, before and after he took office in 2016, including financial backhanding and laundering (most recently with the closing down of his charity, the ‘Trump Foundation’, in December 2018), racial and sexual discrimination/harassment, dubious animosity towards the press and the ongoing FBI Mueller Investigation, which is looking into potential Russian interference with the Presidential election. The case has already resulted in indictments for federal crimes, guilty pleas, and convictions.

Critics far and wide assert that the President is attempting to subvert American democracy to aid his own interests, with the shutdown over the border with Mexico a prime example. The influence of wealthy officials in Government and the tactical method of constituency mapping has also raised eyebrows.

However, studies reporting an increase in corruption cases show that the problem isn’t just with the US.

It is fair to say, however, that a lot of the darker statistics blowing around exclude Western Europe and the US.

The Economist’s Democracy Index shows that no EU member states, or the US, were classed as having a ‘regime’. This tag was given to the majority of the Balkan states, who have a ‘weak political culture’, Venezuela, currently divided under the rule of heavily disputed President Nicolás Maduro, Turkey, who are accused of a multitude of corruption cases and human rights violations, and a vast majority of East Asia, including the monolith of China, who has an ‘authoritarian regime’. Theirs is one that challenges the Western political system, yet is booming economically – a worrying concept for those with concerns about democracy’s survival.

The performance of these states all heavily on global stats. The report concluded that ‘only around 4.5% of the world’s population lives in a “full” democracy’.

Liberal democracy is only around 100 years old, but now books, studies, and articles all over are heralding the end, its dying breath now drifting across the world.

So, who is to blame?

Many drawing a connection between cases of corruption and the faltering status of democracy in democratic states pin the blame on National Populism. The Tony Blair Institute for Global Change says that ‘40% of populist leaders are indicted on corruption charges.’

Transparency International stated that ‘political leaders who run on a populist platform are gaining power and undermining democracy. High corruption rates can contribute to increased support for populist candidates.’

A study in Atlantic magazine claimed that since 1990, populist leaders have presented an ‘acute danger to democratic institutions’.

Populist leaders, usually entrenched in a political battle supporting the people against the ‘elite’, promising to hand the sovereignty of their country back to their supporters, now rule the four most populated democracies around the world – Donald Trump (United States), Joko Widodo (Indonesia), Jair Bolsonaro (Brazil) and Narendra Modi in (India).

There are worries that the public’s disillusionment in liberal democratic systems may allow leaders (who are able to harness identity politics to their advantage) to gain authoritative power in the West, but even more so in more vulnerable countries, giving rise to corruption and subsequently dismantling democracy in the process.

The link between corruption and a fall in democratic standards could be circular, connected by National Populism. However, some argue that populists are not set on destroying democracy, but rather it.

Around 80% of populist parties, such as Germany’s AfD, Poland’s PiS and UK’s UKIP, support the idea of more representative democracy.

Matthew Goodwin and Roger Eatwell recently published National Populism: The Revolt Against Liberal Democracy, claiming that the root cause of National Populism comes from a growing and instinctive reaction to ‘The Four D’s’, one of which is ‘distrust’  –  citizens and leaders alike have lost faith in liberal democracy. Rapid change and more interconnected societies have left vast swathes of people behind, and disillusioned with the status quo.

This distance, in Europe and America at least, has been exacerbated by the globalisation of the economy, including the exposure of its weaknesses through the financial crisis of 2008, which generated high levels of inequality and put into effect devastating austerity measures.

A of more positive commentators agree that democratic standards in recent years have slowed, but not failed. More previously undemocratic states around the world appear to be adopting these systems.

According to Polity, the number of democracies in Africa since 1999 has more than doubled.

Political freedom is a relatively new concept for many countries. Whilst they advance into a more democratic territory, new movements in the West might be attempting to redefine the term, in a way that could tackle the ambiguity that so often leads to corruption and subversion of proper political . Alternatively, resistance to these growing or the corruption within the trends themselves, could help to keep Liberal Democracy alive and kicking.