You are here: Home / Manchester / News / Andy Burnham and Sacha Lord talk drugs, crime and safety at night for students at Manchester Met 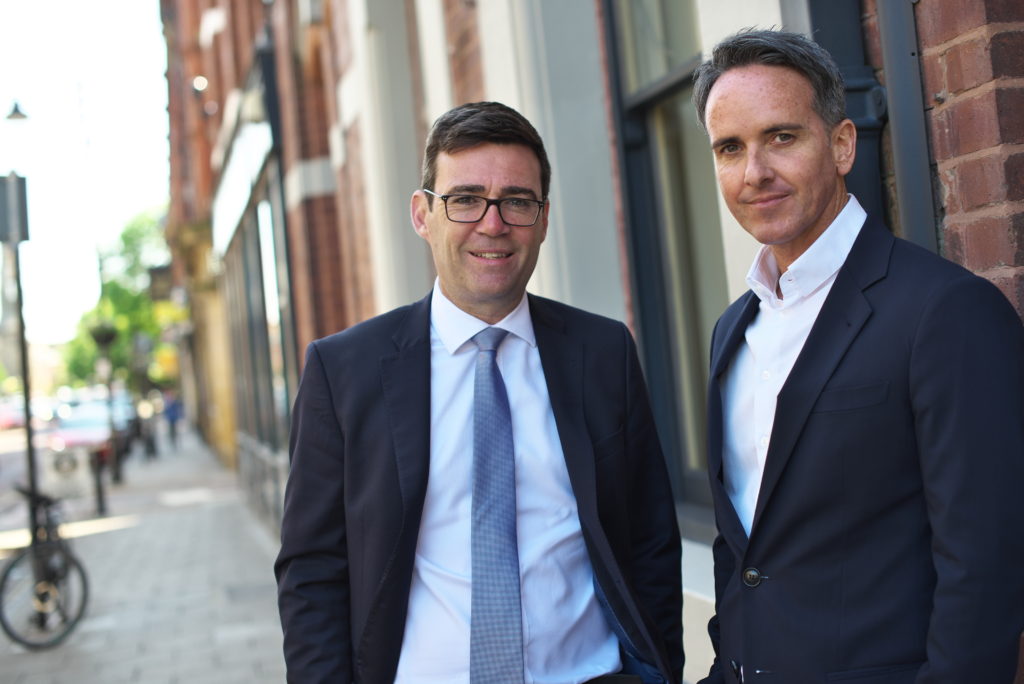 A student safety event hosted by Sacha Lord, the Night-Time Economy Adviser, featuring the Mayor of Greater Manchester Andy Burham and the Greater Manchester Student Assembly encouraged students to discuss safety issues in their university lives and on nights out.

The event, held at Manchester Metropolitan University and attended by over 150 students, addressed concerns over the threat of knife crime, sexual harassment, drug culture, the behaviour of security and bouncers, and safety in LGBT+ communities.

Drugs were one of the main topics of the evening, with students expressing concerns about safe drug-taking – and whether they’d face negative repercussions for telling paramedics about their drug habits in an emergency. Lord committed to continuing his partnership with Manchester Drug Analysis and Knowledge Exchange (MANDRAKE) to test drugs confiscated at The Warehouse Project and Parklife.

Students also voiced support for more drug education, in a call that was echoed by the University of Manchester Student Union Women’s Officer Ayla Huseyinoglu.

Many students used the opportunity to express their concerns about crime in Manchester.

One student said, “I’m sure everybody in this room knows somebody who’s been mugged or who’s had to walk home on their own.”

Another student could personally testify to that, telling the room, “A year ago, I was mugged. For the second time. The second time in six weeks.”

Burnham acknowledged the issue saying more police officers have been recruited through council tax. He also placed particular emphasis on discussing safety in student accommodation during the evening, calling the recent fire in Bolton a “scandal”, and saying it should be “a call to arms to change”.

Burnham suggested that universities collaborate on a reporting service, to get a ‘full picture’ of crime in student areas like Rusholme and Fallowfield.

“Be extremely demanding of your universities. You pay a lot of student fees and it shouldn’t just be about tuition. The universities have an obligation to keep you safe,” Murray said, whilst emphasizing that she understood the concerns of students, “I’m a mother and my youngest is at university, so safety is a big issue for her. Safety is really important.”

Reviewing the event, Lord commented, “For the first time, all universities across Greater Manchester came together to talk about how we can improve student safety, and we’ve learnt a lot. From drug concerns to transport needs and the behaviour of security staff, all the issues raised will be taken away and discussed at length with the team to see where we can improve.”

“To hear from the young people themselves about what they want is vital to ensuring that everyone – young, old, male, female, LGBT+ or minority groups – feel safe, whether they’re on a night out, shopping in the city, or getting a bus home. We want to be a 24-hour party city and we can’t be unless everyone is included.”

“What we hope to give to parents, not just here but across the UK, is a little peace of mind.”

The night was also endorsed by Annie Mac, who said: “Safety on a night out is so important; whether we’re clubbing or just going out with friends. We have to look out for each other!”

“I’m delighted that for the first time, all the universities across Greater Manchester came together, along with the Mayor, Andy Burnham, to start openly talking about safety issues on a night out, and creating something that can be spread around the whole city region.”

There was not enough time for everybody in attendance to voice their concerns or ask questions, so a white-board was set up at the back of the auditorium, where students could leave post-it notes with their thoughts written down. A variety of topics were flagged up – making misogyny a hate-crime, introducing more female bouncers outside clubs and bringing more police to the streets.

Many of the notes also expressed gratitude towards Lord and Burnham for hosting the event and listening to students’ concerns.

Speaking to aAh! Magazine, Lord acknowledged there were many areas that needed improvement – “Accommodation was a big one, especially after Bradshawgate. You might think that not fall under the night-time economy, but I think it does. It’s where people sleep at night, it’s where they go after a night out. That’s something that needs to be discussed, especially because it was on our doorstep.”

The session came as Lord continues to implement vast changes across the night-time economy in the Greater Manchester region. The past quarter has seen the introduction of later tram routes over the Christmas period and the pilot of the ‘Safe Haven’ nightlife safety scheme in Wigan town centre, a partnership between Wigan Council, St John Ambulance, Greater Manchester Police and Sacha Lord.