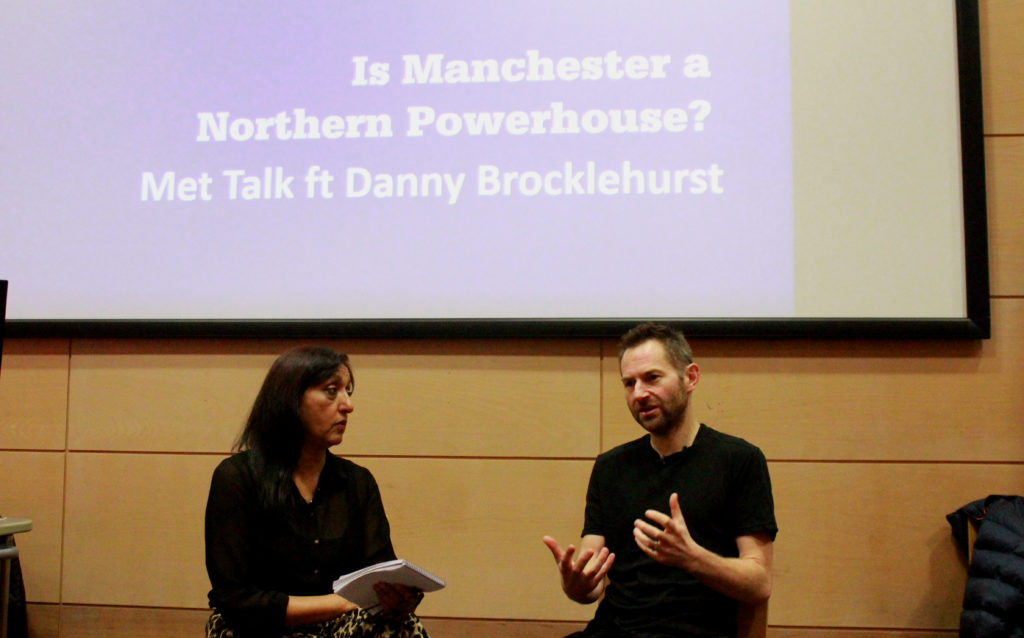 Award-winning screenwriter Danny Brocklehurst joined poet and scriptwriter Anjum Malik at the Home Festival this week, to discuss the effect Manchester has had on his writing and projects and to offer advice to new writers on producing and hosting a television show.

Danny Brocklehurst has written for BAFTA award-winning series Clocking Off and also worked on series 1-3 of Shameless, as well as radio dramas including Stone, starring Hugo Speer as Detective Inspector John Stone, which is now in its sixth series. He has also worked with the BBC, Netflix, Sky and ABC on various projects.

Brocklehurst started writing professionally as a freelance journalist during his time in university, starting with City Life and slowly became more involved with them, as well as writing for the Manchester Evening News group.

He also wrote and produced plays, leading to the launch of his radio career when a play at the Contact was picked by Nadia Milnari, who wanted to produce it for radio.

Brocklehurst explained that radio isn’t his favourite medium to work. “Drama on the radio is good, but not like film and TV,” he said. However, radio does have its upsides in his eyes, such as the fact that a drama can be produced in over a couple of days. He added: “It is a brilliant training ground for new writers.”

For Brocklehurst, the most vital part of screenwriting is the ability to tell a story and showing you can complete those stories, rather than just the first ten pages. He sent out various spec scripts before securing an interview with screenwriter and television producer Paul Abbot.

After the interview, he managed to persuade Abbot to look at some of his scripts, which then were passed to Nicola Shindler of Red Productions. This had now evolved into a longstanding professional relationship between Brocklehurst and the company, and with Shindler herself. She asked him to pitch ideas for the second series of Clocking Off, with two of three of his pitches selected for the show. 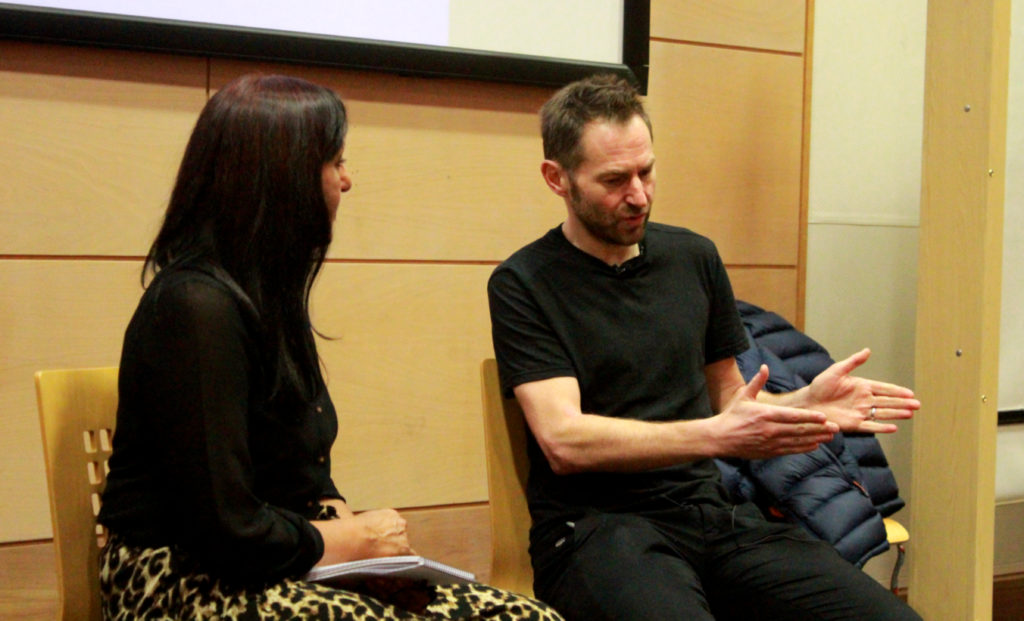 Brocklehurst now enjoys professional relationships with a number of successful television writers, describing the Shameless writing process as occurring in “a bizarre writers room which mainly involved hanging around Paul Abbot’s house for long periods of time and trying to come up with ideas”. He has also worked with Jimmy McGovern, who wrote Brookside for Channel 4.

Brocklehurst makes a point of setting his work in Manchester unless there is sufficient reason for it to be set elsewhere, explaining: “I think it’s important to reflect a Northern working class voice on television,” particularly given the overwhelming focus on London in British broadcasting. Malik enthusiastically acknowledged that “more and more stuff is coming from up North,” however, as national attitudes change, due in no small part to the work of writers such as Brocklehurst. 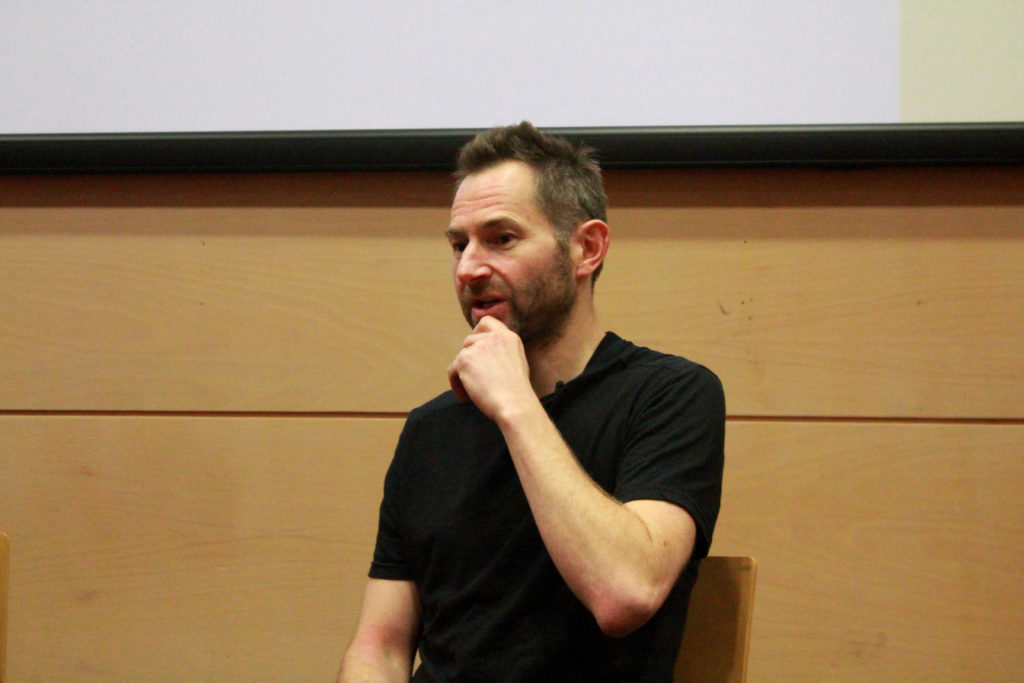 Brocklehurst also gave some advice to new writers: “There is a way to self teach and that is by reading lot of scripts first of all,” referring sites such as BBC Writer Room. He also disregards the “rules of screenwriting”, instead focussing on the need to “tell a good story, tell it well.” Finally he stressed the importance of “writing believable dialogue and characters”.

Alongside writing, Brocklehurst has also been an executive producer on some of his shows, emphasising the importance of being “in control of your vision of the show, alongside some other people.” He also discussed the inherently collaborative nature of television writing, advising that writers should build relationships with production companies as soon as possible. He explained, “Everybody is looking for new great ideas and exciting new voices to work with.”

Closing the event, Brocklehurst was asked what his dream production would be, and he responded that he would like to write “on the rise of ecstasy in the 80s” – perhaps something to look forward to seeing on our TVs in the future. 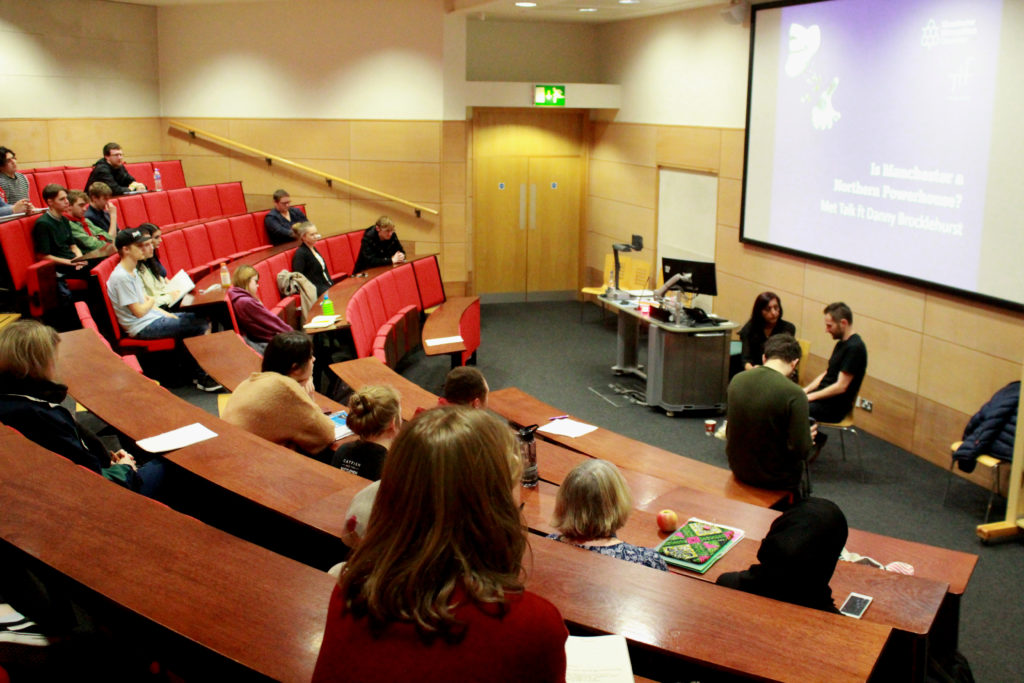