You are here: Home / Culture / News / The King’s Man review – a look into a past that feels like the start of a strong future 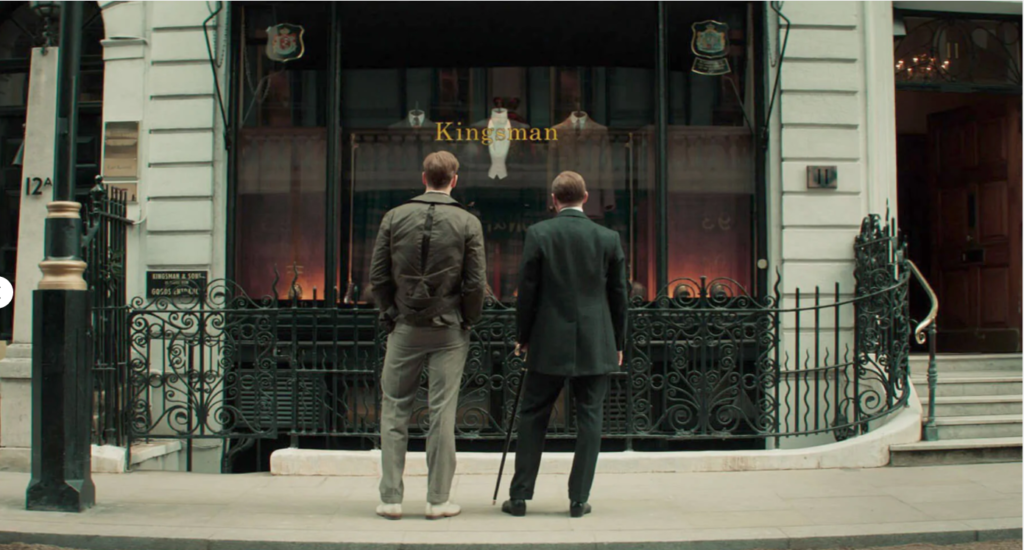 ‘The film’s mesh of fact with fiction is what makes it most entertaining,’ writes A Bearded Critic.

In a time when secret agent movies are predictable and repetitive, only a few stand out as being both unique and still thoroughly enjoyable. Back in 2014, director Matthew Vaughn was able to do just this and more with Kingsman: The Secret Service, starring Colin Firth, Taron Egerton, and Samuel L. Jackson. Several years later a sequel was spawned to average reviews, and now we see Vaughn return with a prequel to the series, aptly named The King’s Man with the new group of agents working for King George the 3rd (Tom Hollander).

The King’s Man (2021) introduces a whole load of new characters such as Polly (Gemma Arterton, Prince of Persia, 2010), Shola (Djimon Hounsou, Blood Diamond, 2006), and Orlando Oxford (Ralph Fiennes, best known as ‘he who shall not be named’). Together they use wit, skill, and charm to beat the enemy and cultivate the start of the future ‘Kingsman’ secret agency. As with Vaughn’s repertoire of movies, his latest relies heavily on stylised, high-octane action sequences paired with good use of music and dialogue to engage the audience throughout its two hours and 11 minutes run time.

“Our enemies think we are gentlemen, but reputation is what people think of you. Character is what you are.” – Orlando Oxford.

Set during the 20th century, The King’s Man plays with the idea that several entirely fictional character’s directly influenced real-life events during the first world war. With renditions of actual villains such as the Russian mystical monk, Rasputin (Rhys Ifans), and hypnotist Erik Jan Hanussen (Daniel Bruhl). It’s these tie-ins to historical figures that gives the movie an interesting and humorous plot development. However, you do not have to go into the film knowing these people’s history to enjoy the movie. Quite the opposite in fact, as the film’s mesh of fact with fiction is what makes it most entertaining.

There are great performances from many of the actors but some of the highlights are Fiennes, who manages to showcase a whole range of emotions and whose character development is the most noticeable, and Ifans’ portrayal of Rasputin is hilarious but also equally as terrifying. Trailers of the movie would have you believe Rasputin is the main villain of the movie, and although he is integral to the plot, he isn’t the head honcho. This is a shame for sure as the interaction between him and the protagonists is the best thing about the movie and wasn’t used enough.

“I only make decisions when my stomach is full, or when my balls are empty.” – Rasputin.

Just like the previous Kingsman films, there are several snippets of action that are so perfectly stylised and directed that they stand as masterpieces of cinema in their own right. Sadly however, this time around scenes with awe-dropping fight sequences are just surrounded by moments of average filler. Unlike the ‘church scene’ in The Kingsman (which took an already great movie to new heights), there are only one or two scenes like that in The King’s Man and they do nothing to elevate the poorly paced scenes in between.

The film also has a constant battle with its genre choice. Comedy was ever-present in the previous movies but felt natural within the film’s narrative, whereas this time the film tries to push its emotional range to opposite ends with moments of grief and sadness followed shortly by ill-placed comedic moments. It pulls the audience out of engagement too often for cheap laughs and leaves you disjointed and apathetic when something emotional happens several scenes later.

The King’s Man is a film with great potential but falls prey to trying too much. The better things of the movie, such as the cast’s acting and the cinematography, are done well but the script and plot do a little too hard to make it as enjoyable and memorable as the rest in the series. With news of a fourth instalment coming in The Kingsman franchise, it feels although Vaughn is simply hoping to cash in on the series’ original success, but struggles to repeat the perfect formula. Instead, he created a film soon forgotten to history.

“Let’s end this as gentlemen! After all, manners maketh man.” – The Shepherd.