You are here: Home / Culture / Music / News / Preview: Stormzy set to take the UK by storm on his forthcoming arena tour 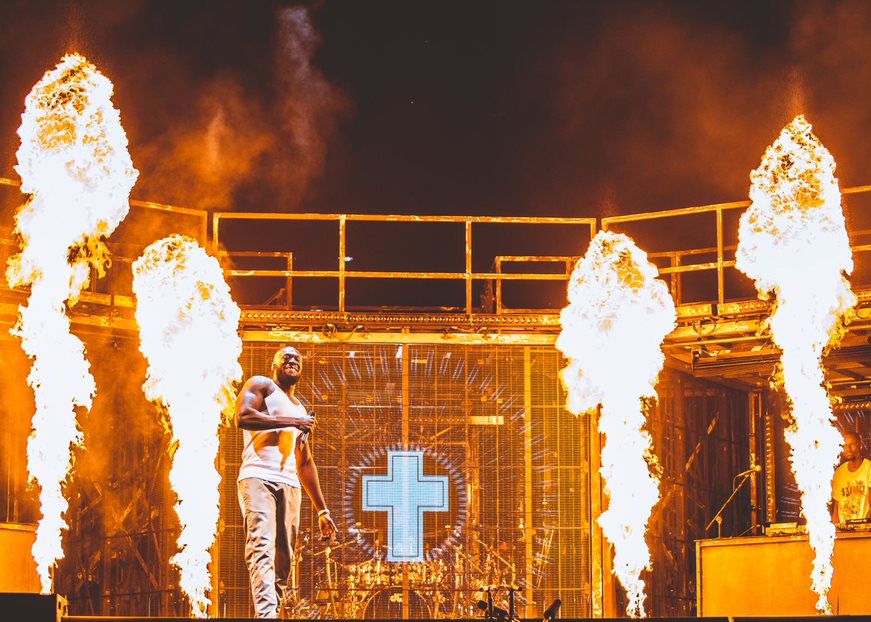 A mainstay in not only a grime fan’s collection but any who appreciate music with indisputably well-written lyrics and an addictive beat, Stormzy’s ‘Vossi Bop’ took the world by storm as soon as it was released. It also enabled Stormzy to achieve his first UK number-one single, a major stepping stone in his path to success.

After the initial tour dates for Stormzy’s sophomore album Heavy Is the Head, being delayed, it’s finally set to kick off this week. It’ll see the London-based grime artist take his sound to all corners of the U.K, including an appearance at Manchester’s AO Arena on the 19th of March. If you’ve ever wanted to experience his hits such as ‘Vossi Bop’, ‘Rachael’s Little Brother’ and ‘Own It’ live, here’s your chance.

It’s the third time the shows have been rescheduled and his highly praised Leeds and Reading Festival headline slots last year surely wet the appetites of his fans. Keeping his family close to his heart both literally and metaphorically during the set, Stormzy highlighted the community spirit we’ve been lacking the past couple of years at live events. Bringing on stage famous faces such as Dave, makes you wonder who could make a surprise entrance on his tour. Read our review of Stormzy’s headline set at Leeds Festival here.

Stormzy is known for making a memorable live appearance, when headlining Glastonbury in 2019, he became the first British rapper to headline the festival. In true fashion, he made a statement by wearing a Union Jack stab vest designed by the infamous Banksy, to address the increasing knife crime in London. His gestures are anything but hollow though. He has previously funded the ‘Stormzy Scholarship for Black UK Students’ at the University of Cambridge, which covers tuition costs for two students and maintenance grants for up to four years. The politics in his music are clearly closely intertwined with his personal actions. Taking his album title, Heavy Is the Head, from Shakespeare’s Henry IV Part 2, almost feels like the astute observer of society gone by, passing the torch to the new. The responsibility felt by him isn’t taken lightly.

It’s something that has clearly resonated with his fans as he has earned over 30 awards for his efforts, including two Brit awards and a BBC Music Award. It’s obvious he’s not making music for fame or for riches though – while a nice bonus, he’s one of the most authentic artists on the circuit and that’s just one of the reasons why his fans and avid music listeners alike admire him.

You really don’t want to miss out on this tour, act fast to avoid disappointment as it’s sure to be a night to remember – especially from the artist who owns every stage he sets foot on.

Tickets can be bought here.

Stormzy’s latest album Heavy Is the Head is available on Spotify.