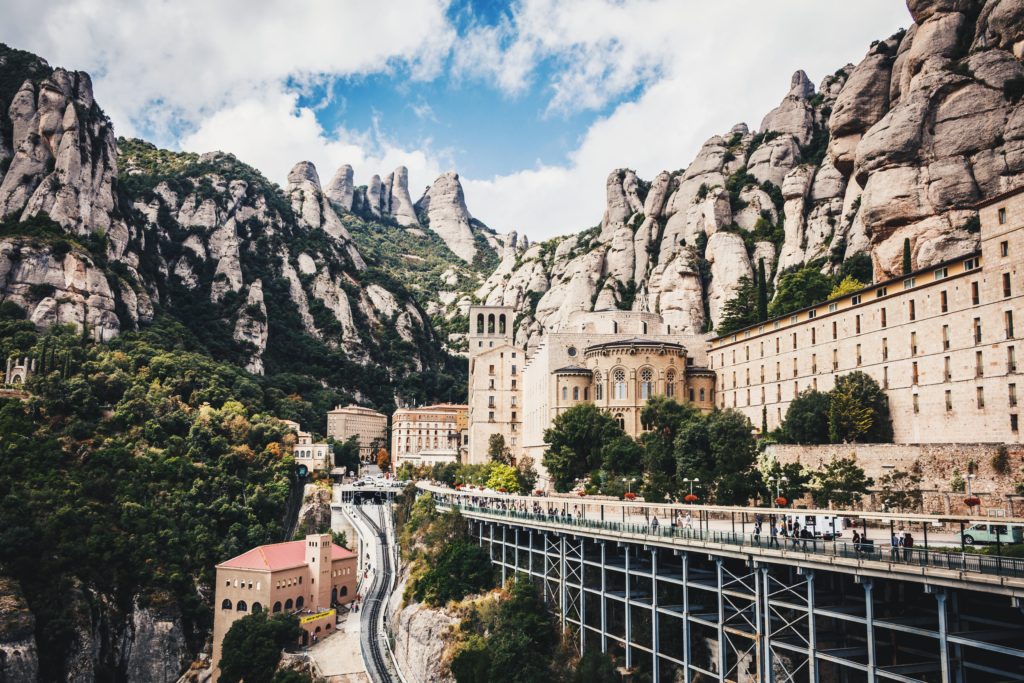 ‘Hills Like White Elephants’ is a short story by Ernest Hemingway about two lovers discussing the potential dangers and consequences of having an abortion in Barcelona. The story is set in a nameless train station located somewhere in the Spanish countryside.  The American man and English-speaking woman, who remain nameless throughout, drink beer and hard liquor as they wait to board their train. Tension inevitably rises between the two and reaches its apex just before the narrative ends. The last two sentences of the story have the woman declare, after sending her man away (demanding silence), ‘There’s nothing wrong with me. I feel fine.’ Both the male in the story and the reader are left suspecting these statements as being wholly untrue.

First published in 1927 ‘Hills Like White Elephants’ demonstrates the many reasons why Hemingway is so heralded as a master of the short story form. Clear imagery, punchy dialogue and simplistic diction permeate the prose. The simile that is the title of the story is a line of dialogue spoken by the woman as she stares out into the distance, near the beginning of the story. Shortly after saying this remark, the couple are given two big beers and she rejoices in the originality of her phrase. It reoccurs throughout the story and represents both happier times gone by and the promise of a future undisturbed by abortion. She soon admits to not really believing that the hills look like white elephants but reflects this was the type of observation that would have impressed her man in the not too distant past.

Desperately wanting to be reassured that their relationship will remain the same post-operation, the woman asks her partner, ‘things will be like they were and you’ll love me?’ After asking this impossibly difficult question she enquires further, ‘But if I do it, things will be nice again if I say things are like white elephants, and you’ll like it?’ The man tries his best to respond to these questions with sincerity and calmness, but his tone only serves to agitate and aggravate. The two then discuss the immanent procedure in greater detail and the male consistently stresses his belief that everything will be fine and that his partner need not worry. In response to his unflinching positivity the female reveals that she cares not for herself, nor for her safety, and the man is deeply disturbed. He reaffirms that she does not have to go through with the operation if she does not want to.

Understandably, the more the couple drink and discuss their planned trip to Barcelona the more distressed the woman becomes. Near the end of the story, having heard enough of her man’s hollow assurances, she asks, ‘Would you please please please please please please please please stop talking?’ Needing to take their bags from one side of the station to the other the man moves their luggage and stares at the other travellers patiently waiting for their train to arrive. He returns to see his partner sat, in the same position he left her, and she smiles at him as though nothing has happened.

Hemingway is revered for his enigmatic turn of phrase and for his use of the short declarative sentence. His status as one of the most innovative and pioneering prose writers of the last century is unquestionable though the moral quality of his character has been questioned, especially in recent years. The writer’s thesis that a great short story should appear as the peak of an iceberg is proved true in ‘Hills Like White Elephants’: a fiery icy snapshot of love, fear and death between two people.

Aaron Lembo’s debut poetry pamphlet It’s All Gone Don Juan was published by erbacce-press in 2020. His short poetry film Birdcage was a finalist at the Brighton Rocks International Film Festival 2021 and his poetry has appeared in The Spectator, Magma and aAh! Aaron’s poetry podcast can be found on Youtube under the title Verse Amor.