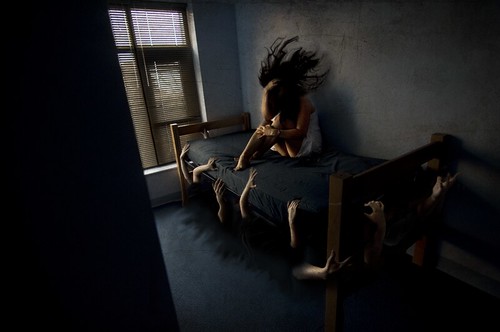 In the final year of the twentieth century two British artists, one of whom received their CBE in the early 2010s and the other who, in 2015, became a certified Dame, were shortlisted for major awards, in their respective fields, and didn’t win. The works in question were by the artist Tracey Emin and the poet Carol Ann Duffy.

Emin’s installation My Bed garnered much media attention, intrigue and a certain level of outrage when it was first exhibited in the Tate Gallery in London, 1999. Wanting to express the psychological impact of suicidal depression, experienced firsthand by the artist herself, Emin transformed a destitute, unloved bed into a startlingly visceral metaphor concerned with violent passion. The work somewhat shockingly (for the time) accentuated a feeling of negative excess by way of paraphernalia; these included, though they were not limited to: cigarette butts, used condoms and empty bottles of booze.

One must strive to recognise that My Bed is much more complex and nuanced than the mise-en-scene suggests. It was down to the apparent simplicity, blood-stained authenticity and audacity that had certain individuals in society pontificating: “That’s not even art, anyone could do that.” Emin riposted with the grace of a great artist: “Well, they didn’t, did they?”

Carol Ann Duffy’s The World’s Wife is a classic collection of contemporary poetry. Undoubtedly, she is one of the major poets alive today and this book is rightly, in my opinion, lauded as one of her best. The inherent playfulness, imaginative erudition and formal mastery of the poems therein make it a timeless work. There is a poem, found within the book, in which a certain bed plays centre stage. In the poem, ‘Anne Hathaway’, Duffy ventriloquises William Shakespeare’s wife as she versifies her feelings regarding the death of her famous spouse and being left his ‘second-best bed’. The poem informs the reader, by way of an epigram written in the English of Shakespeare’s time, that the crown jewel of English literature left his secondary sleeping apparatus to his wife in his will. Henceforth, the sonnet begins and it’s brilliantly done.

My Bed was presented, as the title suggests, as a deeply personal work. This raw expression turned installation signifies the artist’s desperate mental mind-space during a traumatic period of her life. The bed becomes a ravaged landscape, a wasteland of toxicity, which the audience may recognise, empathize with and/or judge. Emin uses the conceit of a bed to make visual the damaging effects love can have on one’s psyche. In direct contrast, Duffy’s ‘Anne Hathaway’ uses the conceit of a bed to eulogise an immeasurable love from living wife to dead husband.

Duffy, writing in the poetic form most associated with Shakespeare (that of the sonnet), puts a plethora of metaphors, similes and hyperbolic diction into Hathaway’s mouth so that she can monologue aloud. Not wanting to merely pastiche the great bard’s style of sonnet, Duffy uses meter and rhyme with respectful aplomb to create a sophisticated, passionate and precise language focused on romantic love. Emin’s installation, by the nature of its form, contrasts to Duffy’s poem as it’s a wholly visual, silent work.

In the hands of these two artists, tangible beds undergo a metamorphosis. They come to life and stand as statements on the wild nature of love, or the lack thereof.

Aaron Lembo’s debut poetry pamphlet It’s All Gone Don Juan was published by erbacce-press in 2020. His short poetry film Birdcage was a finalist at the Brighton Rocks International Film Festival 2021 and his poetry has appeared in The Spectator, Magma and aAh! Aaron’s poetry podcast can be found on Youtube under the title Verse Amor.

This creative piece was submitted as part of our July and August theme: Freedom. If you would like to submit your own creative work to aAh! Magazine, please email aAh.Editor@gmail.com, and be sure to check our latest “Letter from the Editors” to find out next month’s theme.