You are here: Home / Art / Culture / Manchester / Music / News / “I suppose we’re now the generation to champion this new way to perform live”: Caoilfhionn Rose on Art School Live, live-stream performances, and why Manchester is the place to be 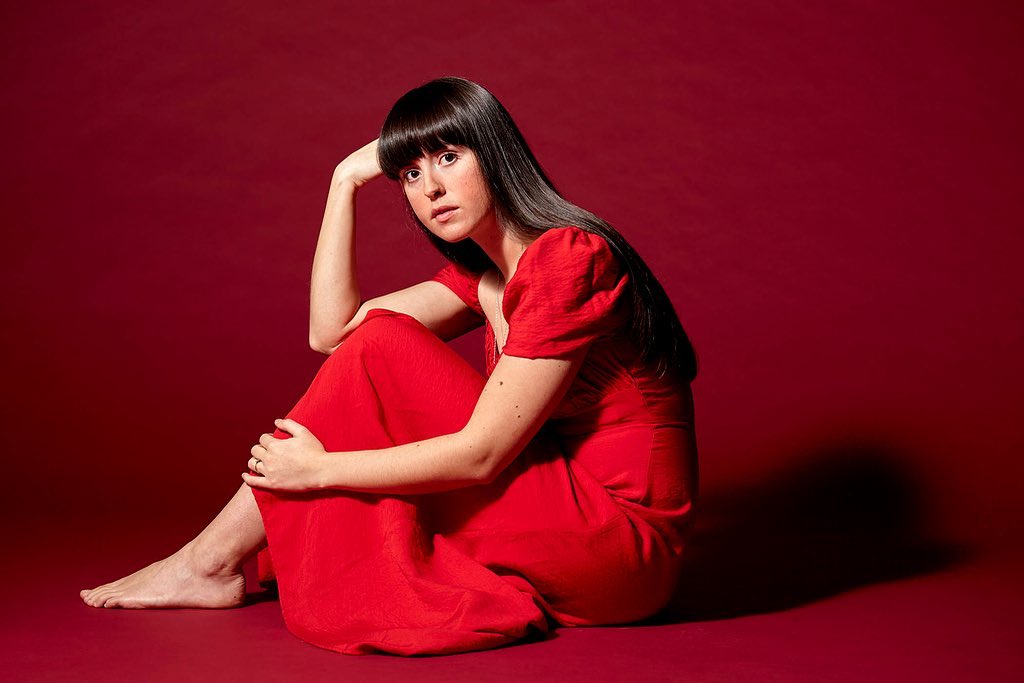 Emerging artist Caoilfhionn (pronounced Keelin) Rose is a singer, songwriter, producer and rising star from Manchester’s very own Didsbury Village. On the 9th of April Caoilfhionn released her anticipated sophomore album Truly with Gondwana Records, her second album after her debut Awaken.

Rose has a talented way of blending storytelling with a beguiling composition of sounds from folk, ambient and jazz, with experimental nods of electronica and psychedelia thrown into the mix. aAh! had the pleasure of catching up with Rose after her first performance since lockdown with Art School Live to discuss live streams, inspiration and the hidden gems of Manchester’s music scene.

Hi Caolifhionn… so how was your performance for Art School Live?

“It was fun. It’s been a while, so I felt a bit out of practice. However, being back with the band, performing in the flesh together felt good. I mean, usually, I do a lot more strip-backed stuff on my own but that’s what made it all the more exciting by jumping into a quality production and a sort of large-scale performance.”

Is it strange not performing in front of a live audience?

“Yeah, like the atmosphere is a bit strange. I appreciate the audience that was there but at the same time, you know, they’re there to do a job. There wasn’t much to feed off. However, there were some really friendly people in the room and again, being with my bandmates again was enjoyable. But yeah, it is a little different and strange perhaps.”

How do you feel about livestream gigs ? Would you be up for getting involved in online performances in a post Covid future?

“Yes! I am definitely into it, especially right now, to ease back into performing. Also easing into the vibe of live performances I suppose. It’s such a great way of releasing new and old music, it’s accessible and it feels nice to embrace technology. I suppose we’re now the generation or innovators to champion this new way to perform live.”

How was lockdown for you as an artist?

“I don’t feel like it’s been that creative of a time, it has been quite monotonous for me. Saying that I did release my second album in lockdown so that did keep me busy in a sense. But I’m used to being quite busy with my career and being quite prolific with it, so there was a lot more time to fill and a lot more time to make up for. It is for sure picking up now.”

What made you want to become a performer and an artist?

“I guess since I was quite young, I always knew. I started playing the piano as a child and I loved singing. Then I went to study music at Newcastle University and do a course in production at Manchester MIDI School. So, yeah, it just fell into place it was all just one path I naturally gravitated to from the get-go.”

Can you tell us about some musicians that have inspired you?

“Such a big question! There are so many, I bet everyone says that. Rachael Somarni always pops into my mind for vocals particularly. Her voice is quite incredible and storytelling. I’m a big fan of Alabaster Deplume (Manchester native composer) and the sound world that he creates alongside the musicians he works with it’s always quite varied.”

Who is your dream Collaborator?

“Gosh! Well, the thing is I think I’ve been very lucky because the producer I have worked with recently, Keir Stewart is from a band called The Durutti Column (a post-punk band from the early 80’s). I am very keen to work with him some more.”

As a musician from Manchester what do you think the city has to offer for aspiring musicians and music lovers?

“Massively. I love it the scene is vast and there are so many corners of it. Especially when I think Manchester can be easily just recognised solely for indie and house music on the surface. I’m really passionate about what Manchester has to offer to the music scene and industry and I’m hoping it bounces back from this pandemic.

“The city influences my music too, especially the quieter areas like Fletcher Moss Park, it brings a lot of inspiration for me. It is also home for me too. In the middle of the city, I wouldn’t even know where to start anymore everything has something to offer. Perhaps, Northern Quarter? But even Oxford Road has so much more to offer because plenty of bars have been created into brilliant venues for live music such as YES and Big Hands. Levenshulme and Chorlton have some secret corners I’d actually recommend for music lovers. We’ve played a gig at the Old Library and Tallyrand on Stockport Road which are both such great venues.”

So hopefully the go ahead is coming for restrictions to lift and gigs to start again, how are you prepared for that and what’s next?

“Yeah well, this has been a wonderful start performing for Art School Live. The quality of production and professionalism really reminded me what I love to do, which is play music. So then after this, we have a few gigs and slots here and there. We are supporting a band called Mammal Hands soon which I know is going to be great fun. We are playing plenty of local shows too. At the Stoller Hall, you can find us supporting Mammal Hands there. More keep arising as things are gradually relaxing, so I just suggest to keep checking social media and all venues to see what is coming up.”

Caoilfhionn Rose’s live stream performance can be found on the Art School Live YouTube channel as well as the full performance that day from back in June, alongside numerous other North West talents. Her album Truly is also available on Spotify.