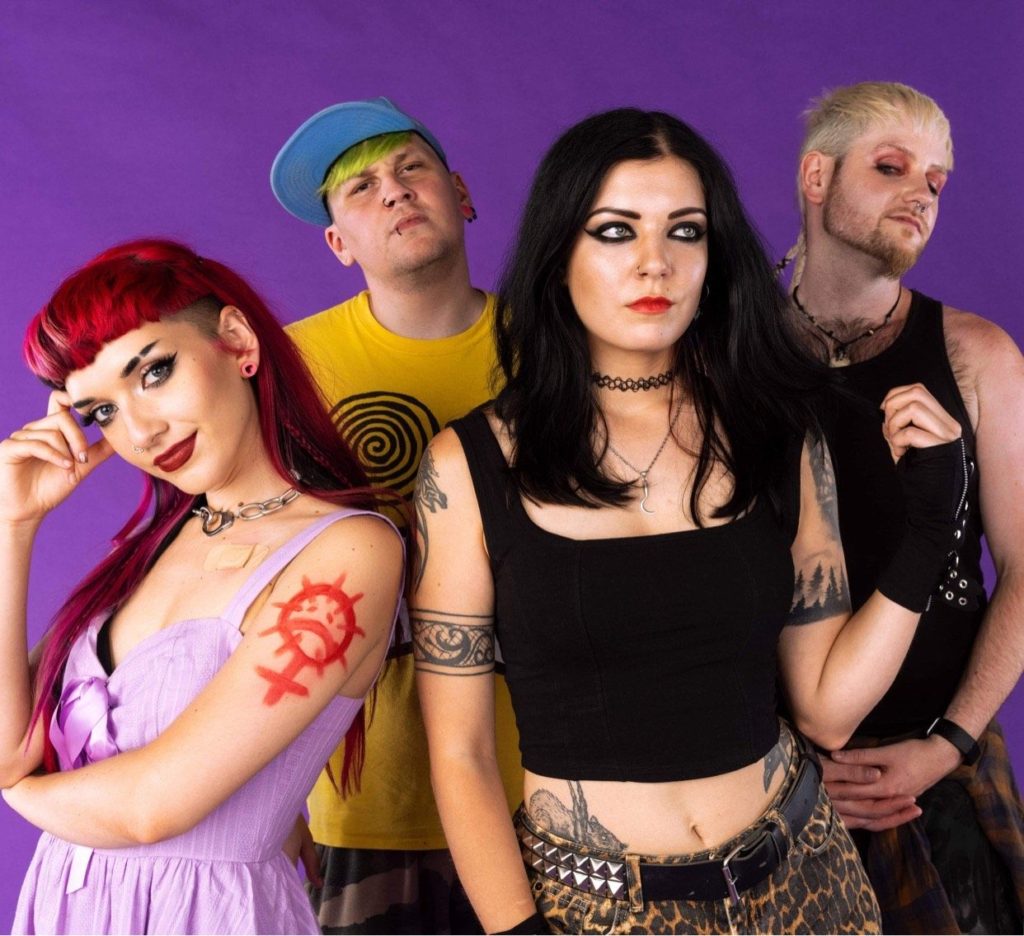 Known for captivating audiences at every venue they set foot in, Hands Off Gretel is a name that should already be familiar to you. The punk-rock band may have had to cut their tour for The Angry EP (2020) short, due to the unfortunate coronavirus situation at the time – although they’re ready to take to the stage once again with all guns blazing this autumn.

Their recently released The Angry EP, contains the holy trifecta of tracks that may be new to streaming platforms but not to long-time fans. ‘She Thinks She’s Punk Rock N Roll’, ‘Don’t Touch’ and ‘Bigger Than Me’ have become mainstays in a Hands Off Gretel show – on par with an electric atmosphere and Tate’s commanding stage manner.

Their opening fiery track ‘She Thinks She’s Punk Rock N Roll’, is a tongue-in-cheek response to what it means to be labeled as punk and its hardcore energy will immediately incite a mosh pit.

Don’t be fooled by the slower introduction of ‘Don’t Touch’, it quickly picks up to a crescendo with a smattering of metal-fuelled sections – unsettling yet massively attention-grabbing. Inspired by sexual harassment at gigs, it’s something that Tate is adamant to change.

The final track, ‘Bigger Than Me’ continues the 90s grunge precedent and theme of empowering women to a beautifully dramatic end.

Carrying the weight of safety for women at gigs and beyond isn’t a task for the faint-hearted. Luckily for us, this band is as bold as they are talented and it’s this combination that will see them succeed – not only in the industry but also in their mission for promoting change.

Tate says: “We are so happy to finally be announcing our UK tour dates. Before Covid-19 we were celebrating the release of our Angry EP. We only played a handful of shows before it got cancelled and then it was rescheduled three times! So… the STILL ANGRY TOUR will go ahead this year and we can’t wait to scream it out with you all. It’s been too long!”

On the EP, Tate adds: “It was great to get into the studio and record some tracks that didn’t make it onto the last album. The Angry EP captures the energy and aggression of our live shows, which is something we totally wanted to do after releasing the album, which has a more polished sound.

“The EP is honest and raw, just how punk rock tracks should be, and we know these are favourites with our fans so it’s great to finally release them.”

As any Hands Off Gretel fan knows, when attending one of their shows you should always expect the unexpected. Although, one thing that you can count on is a few new tracks written by the band before coronavirus unfortunately hit.

Due to the band being stranded in different locations during the pandemic, they were forced to go a year without seeing each other like many others.

Reflecting on their time apart, Tate has said: “It’s been great to finally get back in the rehearsal room and start playing music again together.”

You can see the full dates for their forthcoming Autumn tour below and you can purchase tickets here.

You can purchase the EP on various formats, including CD, white vinyl, and all streaming platforms here.

Keep up with Hands Off Gretel: