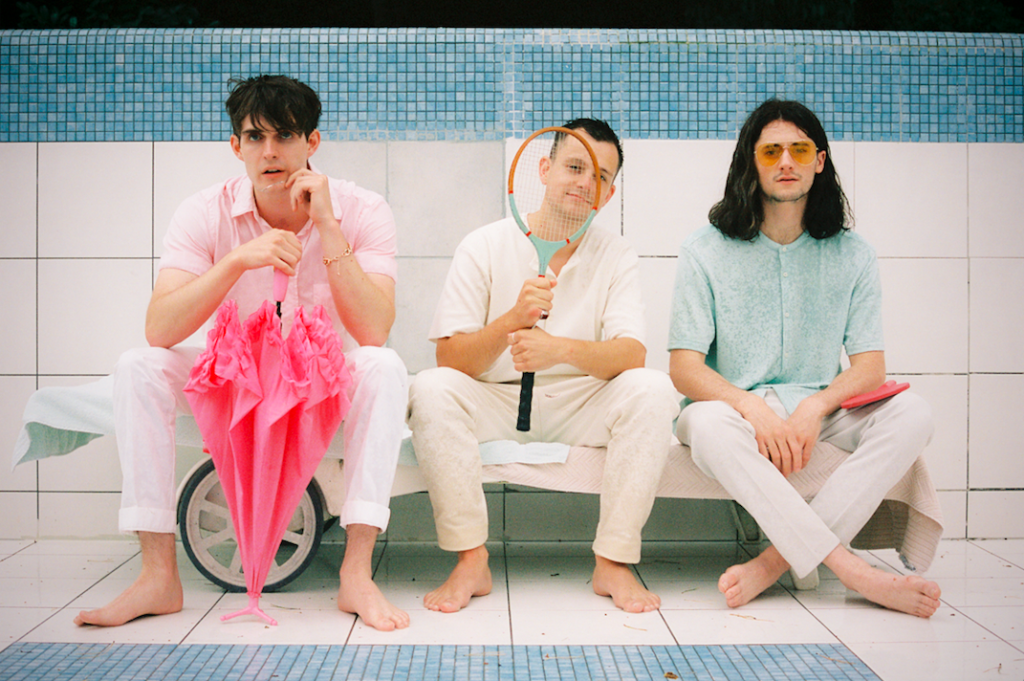 4 infectiously indie tracks later and Cassia’s EP Powerlines is here, bringing summer to some of the dreariest months of the new year.

Written between Berlin and South Africa, the EP offers fans exactly what they need right now and transports listeners to, well, anywhere but here. It seemed to do the same thing for the band, as they took to social media to write: ‘’For us, this EP really helped to deal with 2020. Hopefully, these tunes can keep you company for challenging times.’’

Introducing itself with the eponymous ‘Powerlines’, fast-paced drums and funky guitars kick off the tracklist, as frontman Rob Ellis begins to sing: ‘’Don’t mean to smoke so heavily, but I’m off my rhythm.’’ With lyrics that explore the struggle to leave old habits behind, dreamy indie-pop is home to Cassia’s contemplative lyrics.

The band previously stated that, “When Powerlines came around, we were at that point where we needed something to get us going and out of all that doom and gloom kinda feeling.” They said: “We wanted to write that crank it up in your car, have a laugh with ya mates kinda song to make us all feel better and to be fair it really did.’’

‘Do Right’ is the second song on the EP, which showcases catchy vocal harmonies and guitar hooks. It is the perfect example of a laid-back, summery tune.

Following up with ‘Drifting’, the song features intricate guitar work and head-bopping bass lines, very similar to the first track on the EP – so if Cassia hooks you in at the beginning, you’re onto a winner here. While it might have been nicer to hear more variation between tracks, Powerlines possesses a clear theme of feel-good, summery pop that shows huge levels of growth from their earlier releases as a band.

Bringing the EP to a close is the stand-out track, ‘Don’t Make a Scene’, which around the time of release, was debuted as Annie Mac’s Hottest Record, and then again brought to attention as Jack Saunders’ Midnight Drop on Radio 1. The most stripped back on the album, the song radiates a cool, organic feel that rounds off the album seamlessly.

Following the promising reaction to the single, the band later released an acoustic version too, in October of 2020. Despite not being worlds away from the original, they still managed to flip the track on its head, and give it a completely different, more intimate feel.

The track has a subtle yet twangy bass, paired with a delicate strings section added in. The band explained on Instagram: “Lou learned to play violin for this one”. The song embodies a stripped-back atmosphere, and a focus is placed more upon the lyrics, and the picture they paint.

The 4 songs on Cassia’s Powerlines perfectly capture the essence of what the band is all about and the music they strive to create. With the EP already receiving such positive feedback, there’s certainly anticipation to see what 2021 has in store for Cassia.

Powerlines is available to stream on Spotify.

Keep up with Cassia: