You are here: Home / Creative / Manchester / News / 2020 Manchester Writing Competition winners to be announced on Friday 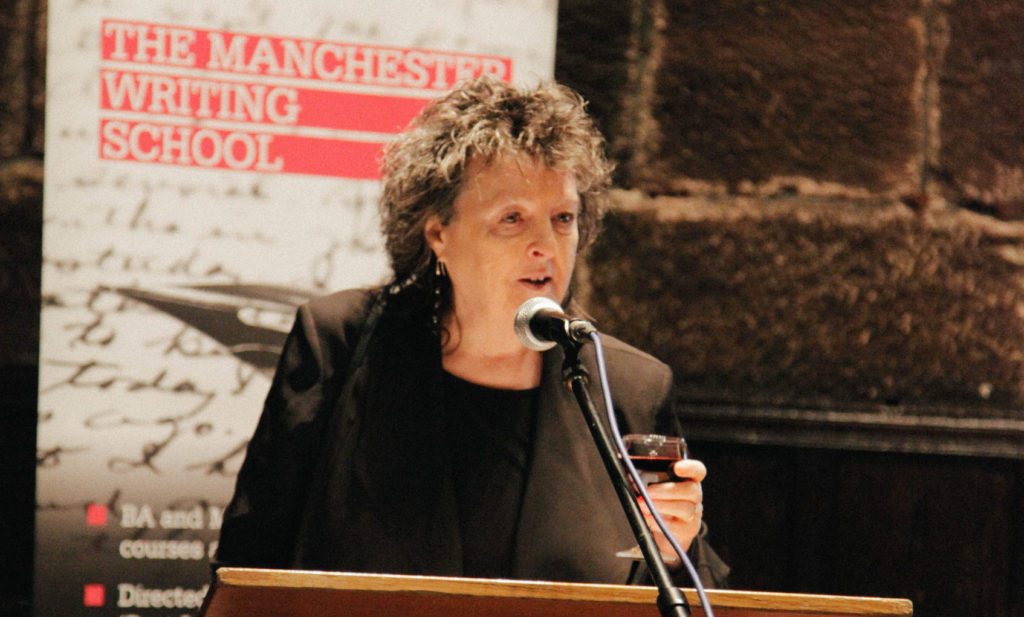 The 2020 Manchester Writing Competition draws to a close with winners expected to be announced on Friday 26th February, 2021.

Hosted by the Manchester Writing School and Manchester Metropolitan University, the awards given out for this competition are some of the biggest in the UK for unpublished work by new and emerging authors.

The shortlist of authors for both poetry and fiction was announced in late January and celebrates an international collection of work from the UK, Ireland and the United States.

The Manchester Writing Competition was established in 2008 by Carol Ann Duffy, the Creative Director of The Writing School at Manchester Metropolitan University, with the aim of promoting and recognising the work of emerging authors.

Duffy said: “It’s particularly important for Manchester, which is a city of writers, and recently has become a UNESCO City of Literature, that we lead the way in supporting our writers.”

The Manchester Writing Competition embodies this ethos by celebrating and embracing new voices in the literary world.

Past winners and shortlisted authors of the Manchester Writing Competition have seen their writing careers bolstered by the recognition a competition of this calibre offers.

Previous winners such as Helen Mort, Anthony Rowland, and Tim Etchells, have all gone on to see larger bodies of their work published in print, and some even returning to act as judges for the Manchester Writing Competition in later years.

This year’s poetry prize is judged by Mona Arshi, the author of Small Hands, and Dear Big Gods, Malika Booker, a Manchester Metropolitan University lecturer who has won numerous awards for her poetry including the Society of Authors Cholmondeley Award for her contribution to poetry, and Mimi Khalvati, who has published nine collections and was shortlisted for the T.S. Eliot Prize in 2007.

Malika Booker, who has a range of experience judging literary competitions, said that the Manchester Writing Competition is unique “in terms of the large amount of national and international submissions” received.

She added: “Most notably, this year’s submissions really reflected the global challenges that we are currently facing, and poets were unusually political.”

Booker said that she enjoyed acting as a judge and having the opportunity to “converse, debate, and engage with contemporary poems” and appreciated the “insight into present preoccupations of modern poets”.

When asked what judges typically look for in a submitted piece of writing, Booker responded: “We examine craft. We ask questions. For instance – If the poem is a machine, how effective did the poet use poetic tools to best effect in the composition of their poems? What is the subject or theme of the poem and was it effectively explored?

“Sometimes we read the poems aloud to hear resonance of the sound in the room. We were impressed with poems that master formal technicalities, poems that haunted, poems that felt necessary, poems that used lush imagery. We always the examined the individual poems asking is this the best that this poem can be? Asking, has the poem landed?

“One of the main downfalls of a well-written or articulated poem is usually the ending. Some poets do not put the same level of care in the ending of the poem as they do with the main body of the work. This is usually one of the main failures of poems entered for the competition.”

She suggested that poets looking to submit to the Manchester Writing Competition in the future ensure that they “really work on [their] craft”.

She said: “Some poets have a theory about what makes a good competition poem. Discard this idea. As judges we are looking at the poem as a machine and examining how well that machine slots together.

“We also examine and judge every single poem against that poem’s criteria. If it is a narrative, sonnet, free verse or lyric poem – our job as judges is simply to question to what extent does the poem subscribe yet push against the boundaries of the form.

“Be bold, dynamic, original but most importantly, write those important poems that simply must be written and make sure you create the best poem that you can.”

This year’s fiction prize is judged by Tim Etchells, a previous Manchester Writing Competition winner who is well known as the leader of Forced Entertainment, a Sheffield-based performance group, Irenosen Okojie, whose debut novel Butterfly Fish won the Betty Trask Award and was shortlisted for the Edinburgh International First Book Award, and Nicholas Royle, who has been a member of the judging panel since 2009 and is the author of seven novels and over 100 short stories.

Tim Etchells described the judging process as “strange”. He said: “Occasionally I had the feeling that I never wanted to read another story again but almost as soon as that feeling arrived, I’d chance upon a story that opened my eyes and my ears and my brain again in an unexpected way. It’s really a remarkable experience and I came out of it really excited by the depth and inventiveness on show.”

He said the judging process was a positive experience, adding, “There’s something about the process at that stage – reading stories, talking about them, going back to them and re-reading, then talking again – that really deepens one’s engagement with the material.”

When asked what the judges looked for in a particular piece of fiction he said: “I don’t think any of us had a set of things we were concretely looking for… more that we were hoping to find stories in which author’s had pursued something with clarity and vigour, without compromise.

“The stories we were drawn to were often very different, but they shared these qualities even if the way in which they manifested them was unique. We were certainly drawn to stories that challenged or in some way reinvented the form of the story… but we were also drawn to stories that worked in much subtler ways to shift the ground of the reader’s experience.”

His suggestion to authors seeking to submit to the Manchester Writing Competition in the future was to “write, and to pursue the things that interest or fascinate you”.

Winners of the 2020 Manchester Writing Competition will be announced on Friday.