You are here: Home / Creative / News / Meet the finalists of the 2020 Manchester Writing Competition poetry category 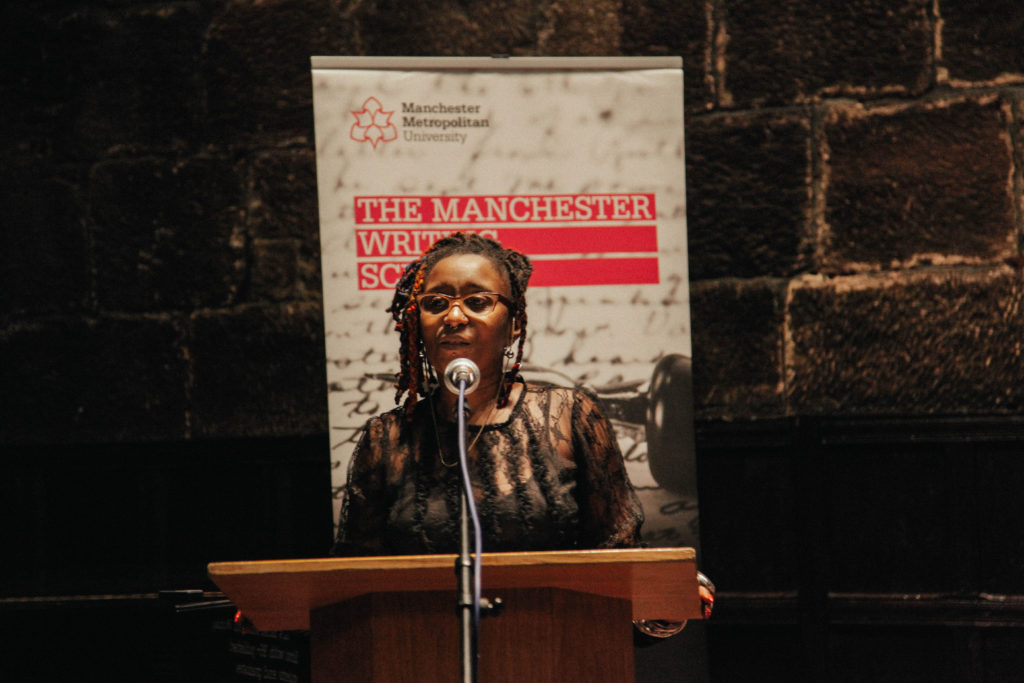 The Manchester Writing Competition is hosted as a celebration of new voices, and an opportunity for the Manchester literary community to shine a spotlight on new and emerging authors.

As the 2020 Manchester Writing Competition draws to a close, with finalists having already been chosen and eagerly anticipating the judges’ verdict, aAh! Magazine celebrates the writers shortlisted for the 2020 annual prize.

Bracken’s entries to the Manchester Writing Competition explore common themes of doctor patient care and the difficulties surrounding healthcare, medical practice, and medical law. Ranging from the stark and defeated tone of ‘Admissions’ and ‘Review of Involuntary Detention in Accordance with the Provisions of Section 18 of the Mental Health Act 2002 (as amended)’ to the more light-hearted and food-centric description of, ‘Coffee Sonnet’ and ‘Word Salad’, Bracken’s work is engaging and unique in its form.

Speaking to aAh! Magazine, Bracken admitted that it is unusual for her to write in traditional poetic forms. She said: “I found form to be a security rather than a constraint when writing about a difficult subject.” Bracken said that this is not the first time she has submitted work to the Manchester Writing Competition, and she was stunned when she found out she had been shortlisted. “Being shortlisted is such a huge acknowledgement and recognition of my work, it means a lot to me. I hope it will help me find a publisher for my first collection.”

Caroline Bracken has had her poetry published in a range of literary journals and magazines including Poetry Jukebox, The Bangor Literary Journal, and the Irish Times. Her poems have won the iYeats International Poetry Competition, and the Poetry Day Ireland Competition and have been shortlisted in other competitions including the Bridport Poetry Prize. She is currently working towards her first poetry collection.

The work Cooper-Smithson entered into the Manchester Writing Competition explores and details the miniscule and varied beauty of nature and the wider role of humanity within nature’s spaces. Cooper-Smithson expresses ideas surrounding environmental conservation in her poem ‘And Still the Cypress Remains a Tree of Mourning’ and encapsulates the human connection to the world in her poems ‘Chimera’ and ‘Lithification’.

“I spent a lot of the last year thinking about the future (as I’m sure many people did) – mourning lost futures but also looking ahead to the unknown, and that’s really what I wanted to communicate with my selection of poems,” said Cooper-Smithson about her work. “There are themes of loss and grief, especially in ‘Birch, Meaning Birth, Meaning Weeping’ and ‘And Still the Cypress Remains a Tree of Mourning’, but there’s also joy in ‘Gabriel’s Trumpet’, and an overall sense of possibility.”

Smithson described discovering she had been shortlisted as “a fantastic end to a horrible year,” and a “huge validation”. She added: “I really struggle with imposter syndrome, and worrying that my work is too quiet, not extraordinary enough. I’m hoping that this experience of being shortlisted will give me more confidence in my work – to trust in my voice, and to really believe that I have something worth saying and sharing with the world.”

Smithson is from Nottingham and is currently pursuing her PhD in Creative Writing from Nottingham University. Her work has been published in various journals and online publications including The Interpreter’s House, and Mslexia.

Dzieglewicz’s submitted work focuses on issues surrounding indigenous people’s rights in North America. Her poem ‘The story starts like this: with scraps of shell’ examines the history of European settler’s claim on indigenous land in North Dakota. While her poems ‘A Lesson in Word Choice’ and ‘Rally at the Capitol’ shine a light on the Dakota Access Pipeline protests, bringing to the forefront delicate natural imagery offered up in stark contrast to the violence and fear of the topic depicted.

When discussing her work, Dzieglewicz said, “I submitted a selection from the manuscript I’m working on, Something Small of How to See a River, which tells the story of my time at the Oceti Sakowin Camp at Standing Rock. Resistance to the Dakota Access Pipeline had prompted young people to start the camp and this movement to protect the land and the water; I was lucky to become a part of running a school for the kids who lived there full-time.

“My book tries to tell my small bit of this story, while thinking about narrative authority, whiteness, and our relationship to land, among other things.” She added that, “These poems don’t belong just to me–they belong to the community and the time and the place they came from.”

Dzieglewicz is an educator, Pushcart Prize winning poet, and the organizer of Further Notice Reading Series. She works with Mní Wičhóni Nakíčižiŋ Wounspe at Standing Rock Reservation. She earned her MFA from Southern Illinois University and is the winner of the 2018 Auburn Witness Poetry Prize and the 2020 Palette Poetry Prize. Her work appears in the Beloit Poetry Journal, Ninth Letter, Prairie Schooner.

Michelson’s submitted work offers a painful close-up on themes of grief and loss. Her work shows a frank depiction of death enmeshed with the trivial (yet incredibly powerful) details of a life lived. She depicts moments of remembrance in ‘The Last Day’ and ‘The Tenth Year’ and the painful shadow of loss in ‘The Twentieth Year’. Yet, while focusing on such a difficult subject, Michelson still manages to imbue her poetry with thought provoking and powerful imagery.

When discussing her decision to submit her work to the Manchester Writing Competition, Michelson said, “The poems selected were written over a span of twenty years. I put them in order, retitled, and told myself, ‘Give it a go. You have to keep trying.’ I was amazed to realize I had been shortlisted. It has been particularly heartening for me, a senior representing many of us writing poetry.” Michelson said that if she were to win, she “would use the prize to contribute to artist communities, which have supported [her].”

Joan Michelson’s poems have won the Bristol Poetry Competition, the Torriano International Poetry Competition, and the Hamish Canham Prize. She has several collections of poetry, including The Family Kitchen, Bloomvale Home, and Toward the Heliopause. Originally from the United States, she now lives in London and teaches creative writing at Kings College and University of London.

Pollock’s submitted poems to the Manchester Writing Competition offer a series of light-hearted, yet imaginative close-ups of items often overlooked. In ‘Scale’, Pollock asks readers to “Imagine if it laughed/ every time its inward dial got whirled”, lending a comedic interpretation to the personified scale. Pollock’s poems draw upon mythology and popular culture, in the case of ‘Lighter’, and force readers to take a second look at the things they often ignore.

“I think of [these poems] as combining Romantic animism—the transforming magic of personification—with neoclassical wit: irony and punning and that sort of thing,” Pollock said. The poems he submitted are part of his upcoming collection Durable Goods. When discussing his book, Pollock said, “One possible way to read the book, I think, is as a meditation on technology as a force that is not really under our control; another way to read it might be as a meditation on technique in art, with the understanding that technique is the way art thinks. Either way, it’s a playful meditation, but a serious one, too.”

Pollock said he was absolutely delighted to be shortlisted for the Manchester Writing Competition, “delighted, the way parents are delighted to see their children succeed. Which is to say, it’s the poems that have been shortlisted, not me. That may sound like a pedantic quibble, but for me the distinction is of the essence.”

James Pollock’s poems have appeared in The Paris Review, Plume, and The Walrus. His first book Sailing to Babylon (Able Muse Press 2012) was a finalist for the Griffin Poetry Prize and the Governor General’s Literary Award in Poetry. His second book of poems, Durable Goods, will be released soon with Véhicule Press in Montreal.

Potts’ submitted work offers beautifully rhythmic depictions of northern English cities and conjures the English countryside with vivid imagery and description. There is a quiet sorrow to her poems; an acknowledgement of passing time and loss, yet despite the shadow of sadness, her focus on the natural world, and the creatures quietly living and thriving alongside the human heartache depicted, offers a counter perspective of joy and beauty.

Speaking about her submitted poems, Potts said: “My style has naturally changed with time, and in recent months I’ve found myself playing with the music of my work. This selection of poems is particularly synesthetic. It moved my senses to write them. I suppose I wanted to see whether I could reach out from the page and move my readers in the same way. There’s something quite connective about poetry like that. It’s communal in the quietest sense of the word.”

Potts said that being shortlisted for the Manchester Writing Competition, “validated the effort [she] put into [her] writing.” She added: “It’s restored the confidence that someone is still listening out there.”

When asked what advice she had for those looking to submit to the competition in the future she said: “The best advice I can probably give is to read. Good writers are good readers too. They need exposure to language and new thoughts. So teach yourself to read for the joy of it. Read by the fire in your pyjamas in winter and read in the garden in summer. Somewhere among the hundreds of voices, you’ll come to find your own. And, apart from anything else, finding a quiet moment in your day for a book is good for your peace of mind too.”

Potts is a writer from West Yorkshire and a recipient of the Foyle Young Poets Award. Her work has been published in Aesthetica, The Moth, and The Poetry Business. Her poetry was shortlisted for The Edward Thomas Fellowship, The Rebecca Smith Women’s Poetry Prize, and The Bridport Prize in 2020.

You can read all of the poetry shortlisted for the Manchester Writing Competition here.