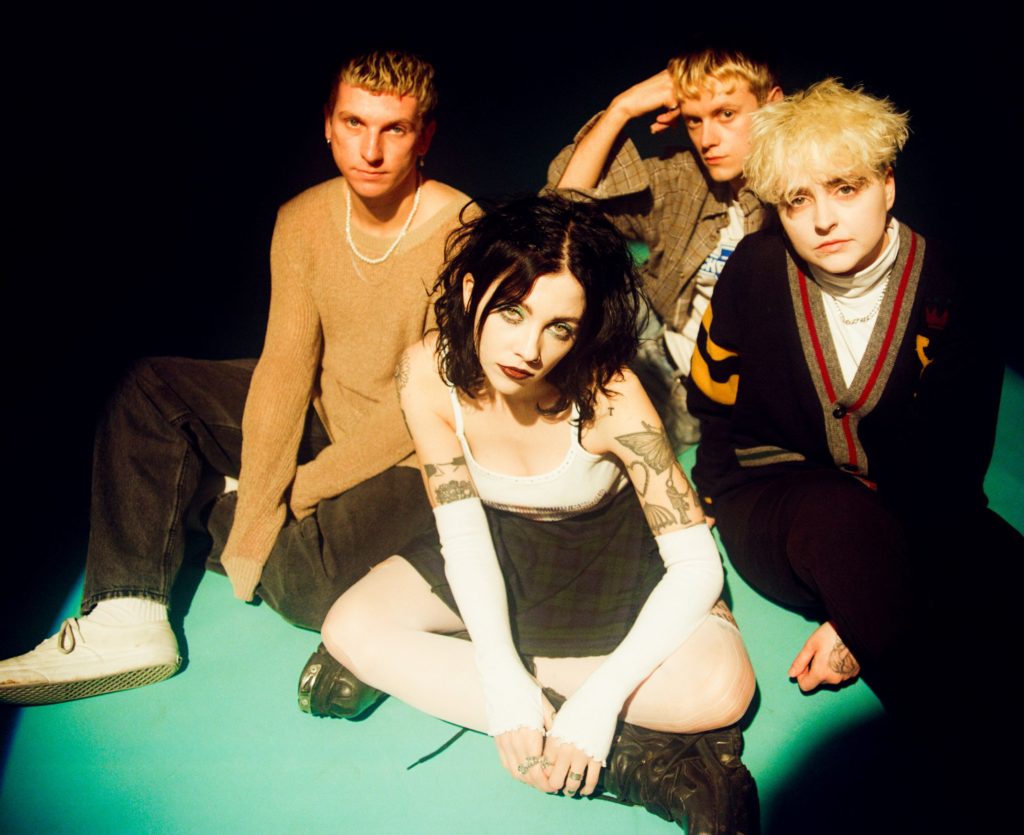 No other band can create hit bubblegum-goth tracks better than indie frontrunners, Pale Waves. After releasing their sophomore album, Who Am I?, in February, we’ve finally received the tour news that we’ve been anticipating since devouring it on repeat.

They’ve come a long way since their debut album, My Mind Makes Noises (2018), which charted #8 in the UK, to being shortlisted for the BBC Sound of 2018 and touring with label mates The 1975.

The tour for their latest album commences next year in Bristol on February 11th and ends in an apt hometown show on March 1st in Manchester. Significantly, it’s the band’s first tour since Covid prevented any live shows going ahead and any chance of hearing Who Am I? live. After reaching third place in the UK album charts, it’s certain to be received just as well, if not better, in the live arena.

Their latest album is an indie-pop melting pot of tracks dedicated to anyone who’s ever felt like an outsider. Through potentially Baron-Gracie’s most authentic lyrics and their strongest musical hooks yet, their chemistry as a band are undeniable. It features the beloved singles such as the emotionally-charged lead track, ‘Change’ and the feel-good romantic number, ‘Easy’.

Ultimately, the album is a manifesto proudly inspiring inclusivity and self-discovery. It was also recorded primarily in LA during 2020 with producer Rich Costey (Muse, Foo Fighters) – the band were certainly in safe hands. Although, once lockdown pushed the creation of the album to go virtual, it left Baron-Gracie and Doran staying in LA, while Silvani and Wood travelled home to record their parts in their bedrooms. After overcoming all obstacles, the album’s content is just as empowering as its process.

Reflecting on the album, Baron-Gracie said: “For me, music and art is for people not to feel so alone and isolated; I want to be the person that fans look up to and find comfort in.”

Never resting on their laurels, the band has recently released new music videos for ‘Change’ and ‘Easy’, which were recorded at The Pool, London – one of the most popular recording studios and has been used by a range of artists from Arctic Monkeys to Franz Ferdinand. In releasing these live recorded videos, it offers an even more intimate insight into their tracks. The lit bulbs are also a fitting touch, which almost mimics the phone lights used at live gigs when a particularly moving track is performed – if there are two tracks in their set worthy of this, it’s ‘Easy’ and ‘Change’.

The videos also serve to prove that the tour next year will certainly be worth the wait and we’d recommend that you act fast to avoid disappointment – hometown shows are always known for being special to the band and fans alike.

Tickets for Pale Waves UK and Ireland Tour 2022 are out now.

Who Am I? is available online and can be streamed on Spotify.