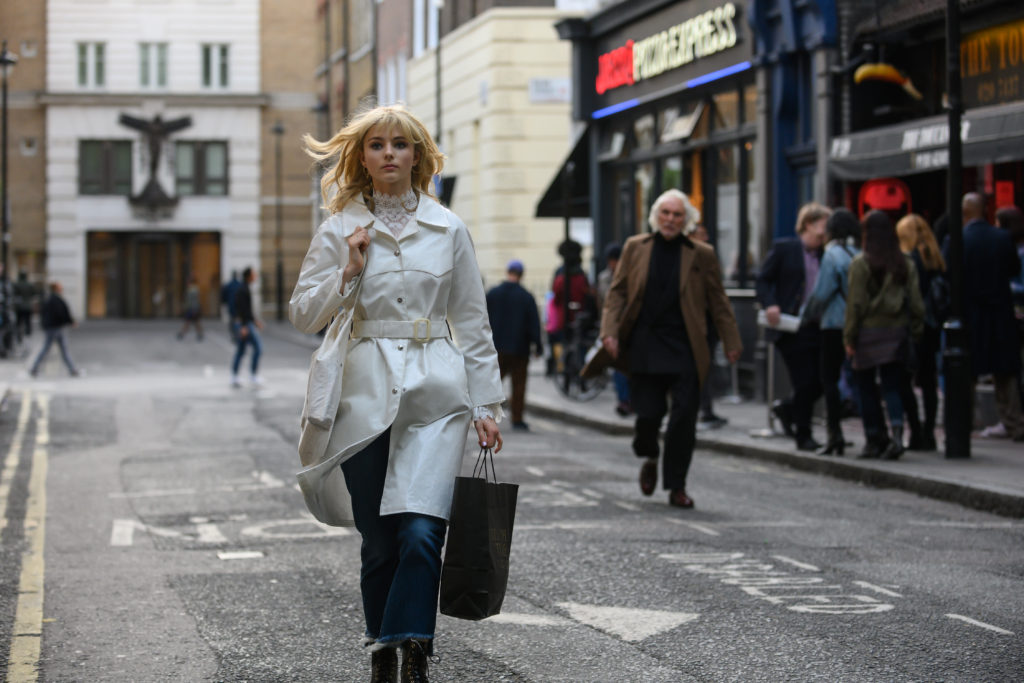 “It’s the frightening truths around abuse and sex trafficking that makes the film truly terrifying at times”, writes A Bearded Critic.

Edgar Wright is a well renowned director in today’s modern cinema, with many iconic and cult movies under his belt. His hits include cult comedy-horror mashup, Shaun of the Dead (2004), marmite comic book movie, Scott Pilgrim (2010) and mainstream action movie Baby Driver (2017), featuring entertaining musical undertones. It comes as no surprise than that Wright’s latest movie would be another combination of genres, this time incorporating thriller, drama and supernatural horror.

Set in modern-day London, Last Night in Soho focuses around the unstable day to day events of a young woman, Eloise, who is studying to become the “next big fashion designer” at the University of Arts. The genre shift comes later when Eloise begins to dream of past events and a suspected murder, all witnessed through the eyes an entertainer named Sandy, in a contrasting ‘neon-fuelled’ 1960s representation of Soho’s West End entertainment district.

As the flashback visions begin to pour out from harmless dreams into real life, it’s the things that once seemed lavish and exciting that quickly turn dangerous and frightening for Eloise and those around her. The film gives great insight into some of the difficulties women faced during this era (in the entertainment industry especially), such as prostitution and being treated like objects of male possession. There are fleeting moments of supernatural horror during the steadily paced 1h 56m movie, but it’s the frightening truths around abuse and sex trafficking that makes the film truly terrifying at times.

“This is London. Someone has died in every room in every building and on every street corner in the city.” – Ms Collins.

Last Night in Soho has a talented cast of both newcomers and veteran actors, with Thomasin McKenzie (JoJo Rabbit, 2019) and Anya Taylor-Joy (The Queen’s Gambit, 2020) sharing lead roles in the two timelines. Also Matt Smith, best known from BBC’s Doctor Who series (2010-2013) and the late Diana Rigg, Game of Thrones (2011 – 2019) both playing pivotal roles in the movie’s story plot. McKenzie effectively portrays the difficulties young women often face growing up, such as suffering to find a place in a world quite literally ‘far from home’. It’s her changing characteristics from a shy, reserved girl to a driven, brave woman that brings praise to her performance. The takeaway performance however comes from Smith, whose presence on screen is truly frightening at times. He does an outstanding job of portraying that of both a kind, friendly gentleman to that of a manipulative, dangerous man; whose aggressive proclamations often put the audience on edge during the ‘nightmare’ scenes.

The way in which the 60s soundtrack is interjected into the movie is genius at times, with lead Eloise being an avid fan of the ‘swinging sixties’; repeatedly using vinyl records to listen to music by the likes of Cilla Black and The Kinks (to name a few). The music helps transition scenes nicely from the boring, grey modern day timeline into the neon lit spectacle of a time that once was. Characters in the 60s timeframe wear go-go outfits, reminiscent of that period, and bright signposts for old James Bond movies hang high above the streets, and it’s these things being on point that add to the impressive detail Wright is known for.

With such a tremendous back catalogue of movies to compare to, it was always going to be difficult for Wright to succeed in making yet another hit movie that could stand out above the rest in the same genre. The nostalgic inspired scenes have some stunning set pieces, unlike anything seen before and manages to impress just enough to push the film towards potential cult status in years to come. However, the film doesn’t quite hit the high peaks of his previous work and shows signs of possible over-thinking when it comes to the plot progression, especially during the closing of the final act. However, If you’re a fan of old school M. Night Shyamalan movies, then you are sure to enjoy the twists and turns in Last Night in Soho.